UPDATE 5/29 | Our original suspicions were correct that this was not an official account. It was a “social experiment” created by a group of individuals who aim to intentionally deceive the public through the use of false advertising. While this is a somewhat admirable goal in teaching a lesson, doing so with an artist whose use of cryptic messaging and hidden clues is already well established doesn’t do anyone any good.

To reiterate, unfortunately, there is no confirmed news of any Porter Robinson, Lady Gaga, or Lemaitre collaborations on Madeon’s new album. Any actual collaborations with these artists is purely coincidental.

Madeon’s new single is called “All My Friends” and is being released exclusively on vinyl today ahead of its streaming release on Friday. You can find out how to listen here.

Madeon is about to bless us with a new era’s worth of music, as we reported earlier today. It all starts with a single coming out tomorrow.

With the news of the Good Faith has come the launch of a cryptic website and this mysterious social media account on Instagram, also with the same name, @goodfaith.world. It seems to reveal tracks off an entire album, as the tags reveal apparent track titles and features.

“Echoes” featuring longtime collaborator Porter Robinson is one of them. “Ethereal” featuring pop sensation Lady Gaga is another, but her tags have been removed since the screenshot was taken below. One more collab is revealed as “Wild” featuring Norwegian indie electronic duo Lemaitre.

Whether this is an official account is yet to be revealed, but we can’t help but speculate what we’re seeing here. Either this is Madeon’s own side account, or a superfan who knows details about the project.

Stay tuned — Madeon is due to drop a new song in just hours. 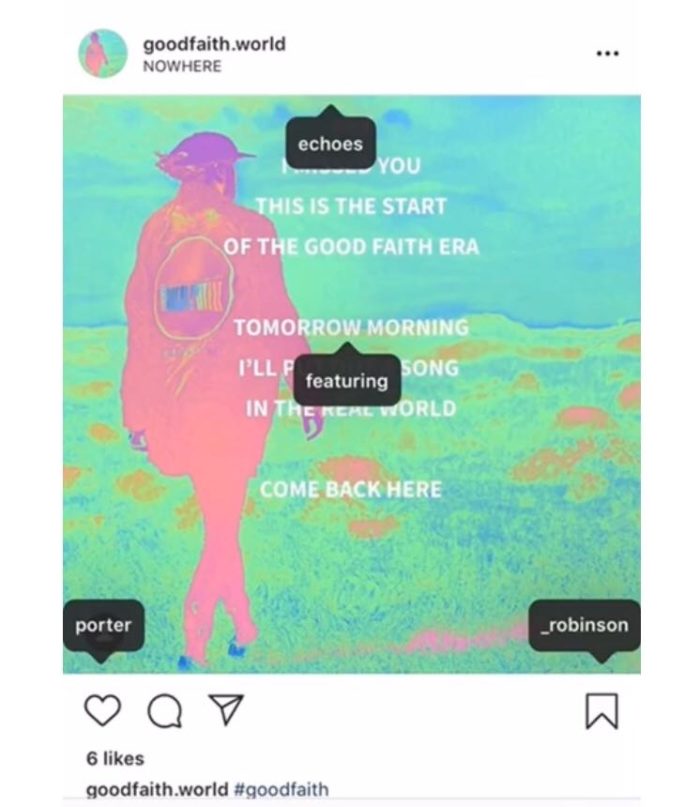 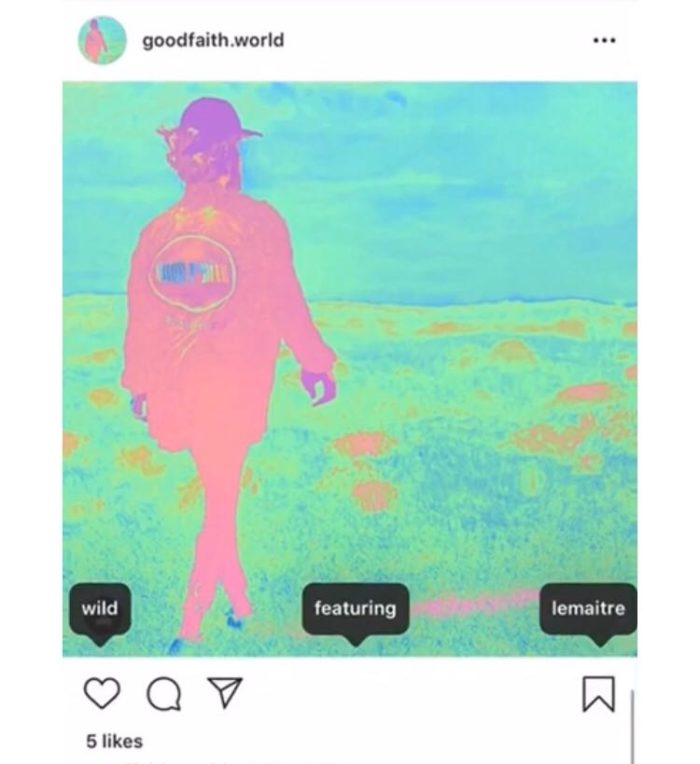 Photo via Erik Voake for Coachella