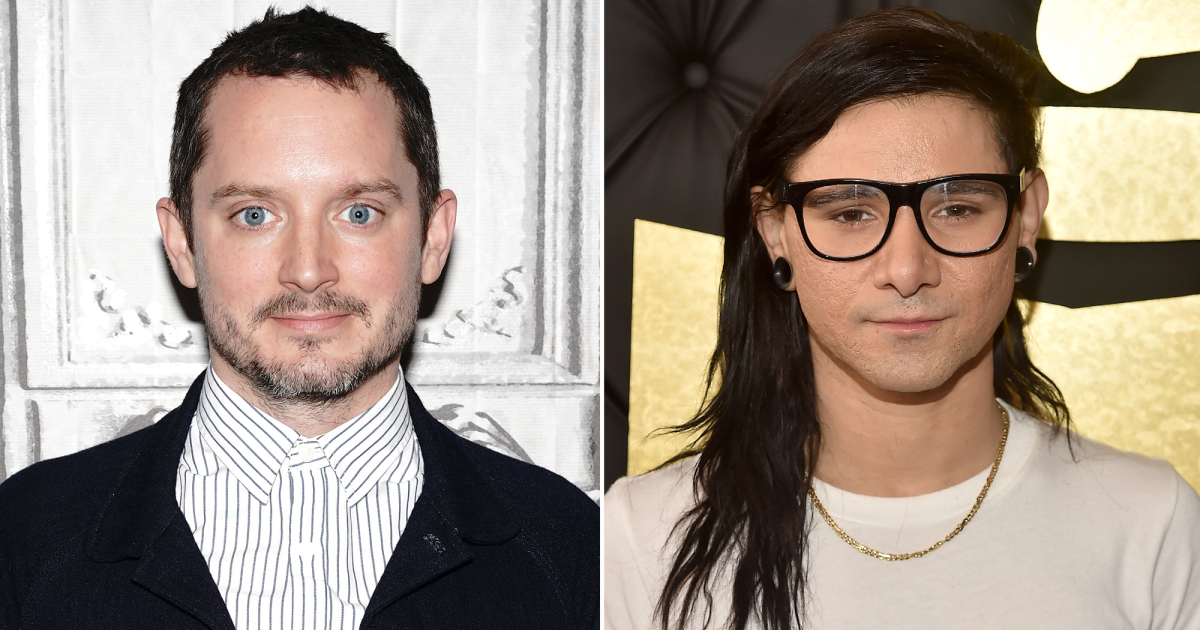 Actors, directors, and filmmakers often use real life subjects as inspirations for their works. Characters like Moe from The Simpsons, Kramer from Seinfeld, even Nacho Libre had real life inspirations. In Elijah Wood’s new role as a DJ and self-proclaimed music business mover-and-shaker in the film Come to Daddy, director Ant Timpson revealed he wanted the actor to emulate producer/DJ Skrillex.

“When Ant sent me the script, it came with a photo of Skrillex,” said Wood. “No joke. He was like, ‘This is kind of what I’m imagining.’ And I was like, Oh, f—, he must be kidding. Skrillex is fine. [But] his look is more extreme. I was like, ‘Oh s—, that is what he has in his head.’ And as we got into production, actually, his ideas got crazier. Like, Skrillex was mild in comparison. So, the costume design stuff, and the hair, and all of that, that was really a collaboration. I was like, ‘He has to be human, we have to relate to him on some level. He can’t be a total alien.’”

Come to Daddy follows Wood’s character in the film, Norval, as he visits his father (Stephen McHattie) for the first time since the latter abandoned him and his mother decades previously. As you can see in the clip below, the look Wood ended up going with is far more extreme than the Skrillex inspiration he was given.

The film released to theaters earlier this year.