Elijah Wood is Going On Tour

Yes, it seems like every celebrity these days is trying to hop on the bandwagon and become a DJ, but let’s not forget that there are actually a few of them who can throw down. It’s been known for a few years that Elijah Wood can DJ (especially with a few crates of vinyl). The Lord of the Rings actor just announced that he’s taking his act on the road with Hollywood music supervisor Zach Cowie aka Turquoise Wisdom. The pair, who go by Wooden Wisdom, will play five shows in the US in January 2016 (Miami, Brooklyn, Denver, San Francisco, and Chicago).

Personally, I’m excited for it. Unlike the more gimmicky celebrity DJs, Elijah Wood has had a much more organic and low key career as a DJ, which has gained him plenty of underground cred (I mean…he’s playing Verboten in NYC, not Marquee). Though they don’t produce any tracks, you can listen to one of their mixes below and buy a ticket if Wooden Wisdom stops in your city this winter. 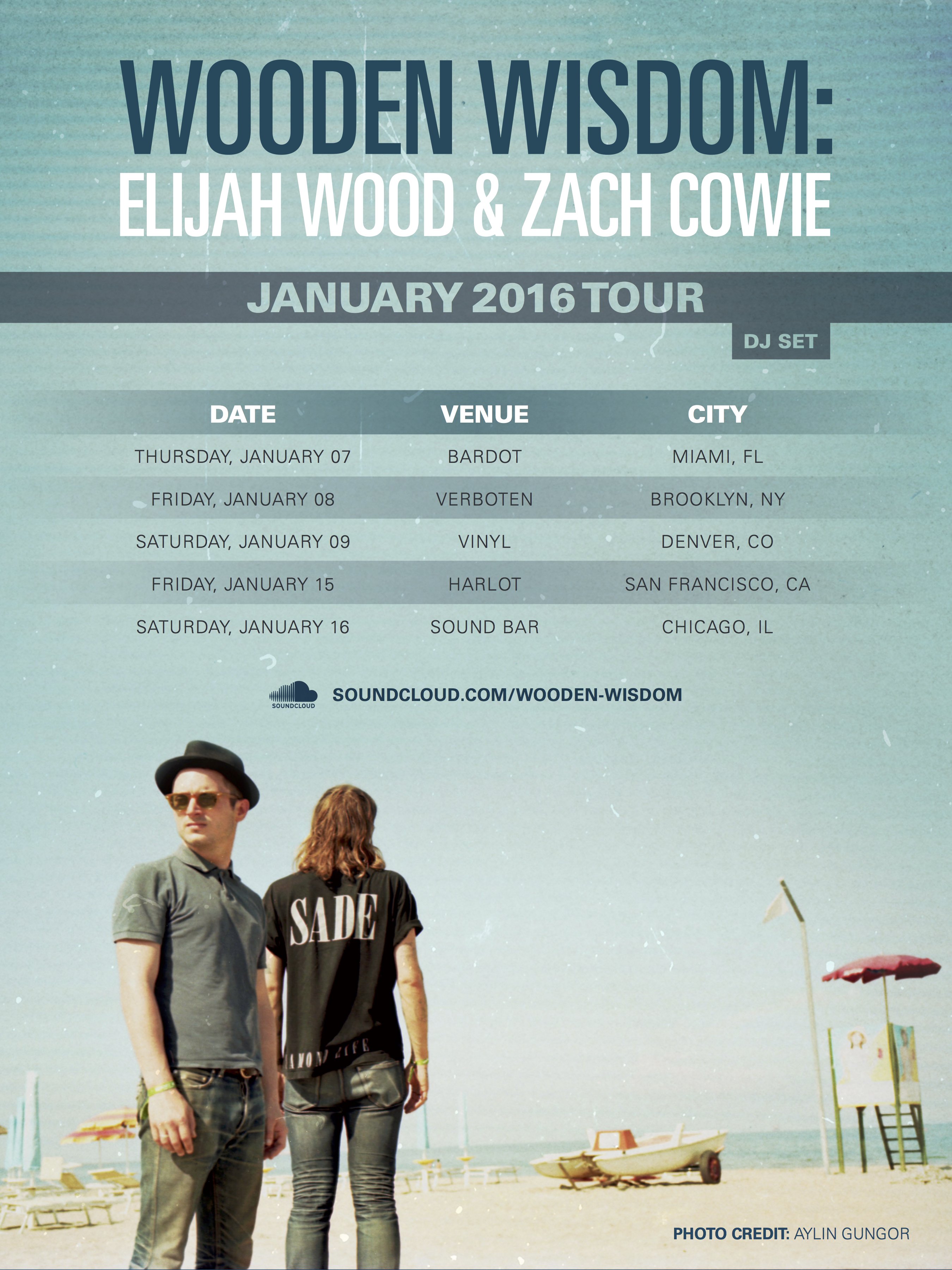