Swedish House Mafia were scheduled to headline the third and final night of Ultra Korea this weekend. Unfortunately, due to “unforeseen circumstances,” the trio has cancelled their performance. In a statement to fans, the group says, “They apologize to the fans and hope to perform in Korea soon.” 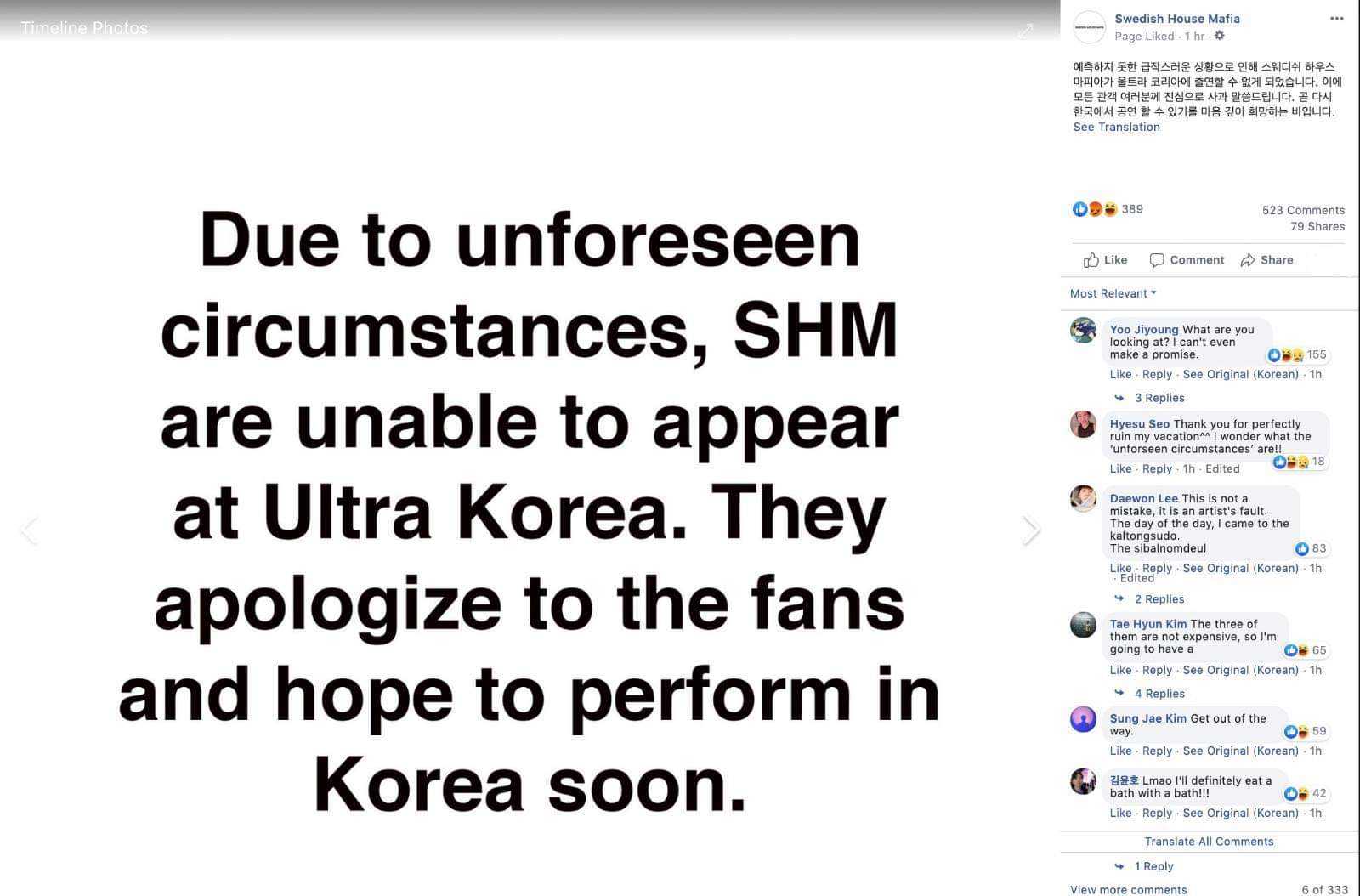 Ultra Korea was one stop of many on SHM’s grand reunion tour which includes Creamfields, Ushuaïa, Ultra Europe and more. However, rumors are beginning to circle that the group is having internal troubles once again after this weekend.

Separate from Ultra Korea, Steve Angello and Sebastian Ingrosso were scheduled to perform together at XS Las Vegas on Friday night. Ingrosso never showed up for the set, and Angello played solo prompting fans to ask, “What happened to Ingrosso?!”

Sources in Las Vegas tell Your EDM that Ingrosso never arrived, and in fact never got on his flight in Sweden. Meanwhile, those same sources say Steve Angello never departed Las Vegas, contributing to the group’s cancellation at Ultra Korea.

Will Korea get the chance to see Swedish House Mafia again? Time will tell.

This is the latest in a series of unfortunate events for international Ultra events. First, Ultra Singapore was forced indoors after its original venue was flooded, and then Martin Garrix was forced to cancel Ultra Korea after injuring his ankle in Las Vegas. While none of these are Ultra’s fault, it still regrettably reflects poorly on the brand. Hopefully news about a new Ultra Music Festival home in the US soon will re-energize fans.