Ed Sheeran is one of the hottest music acts on the planet and his next project is about to make history. Going off the tracklisting and features alone, his fourth studio album No. 6 Collaborations is destined to break records.

First up, we must point out the Skrillex collaboration. Sheeran’s “Way to Break My Heart” will feature the leading producer. Back in 2017, we learned the two were working together on something and now we know exactly what it was. Minds are running wild with the possibilities of what this could sound like.

Running down the list, No. 6 Collaborations boasts many more top tier acts including Camila Cabello & Cardi B, Justin Bieber, Travis Scott, Eminem & 50 Cent, Bruno Mars & Chris Stapleton,  among others. Sheeran knows no boundaries, and tapping into pop, hip hop, country, soul, EDM and more — this will push him to the next level.

Take a look at the tracklist below and let us know which collabs you’re most excited to hear!

Check back for the Skrillex collab on July 12, 2019, when the album drops. 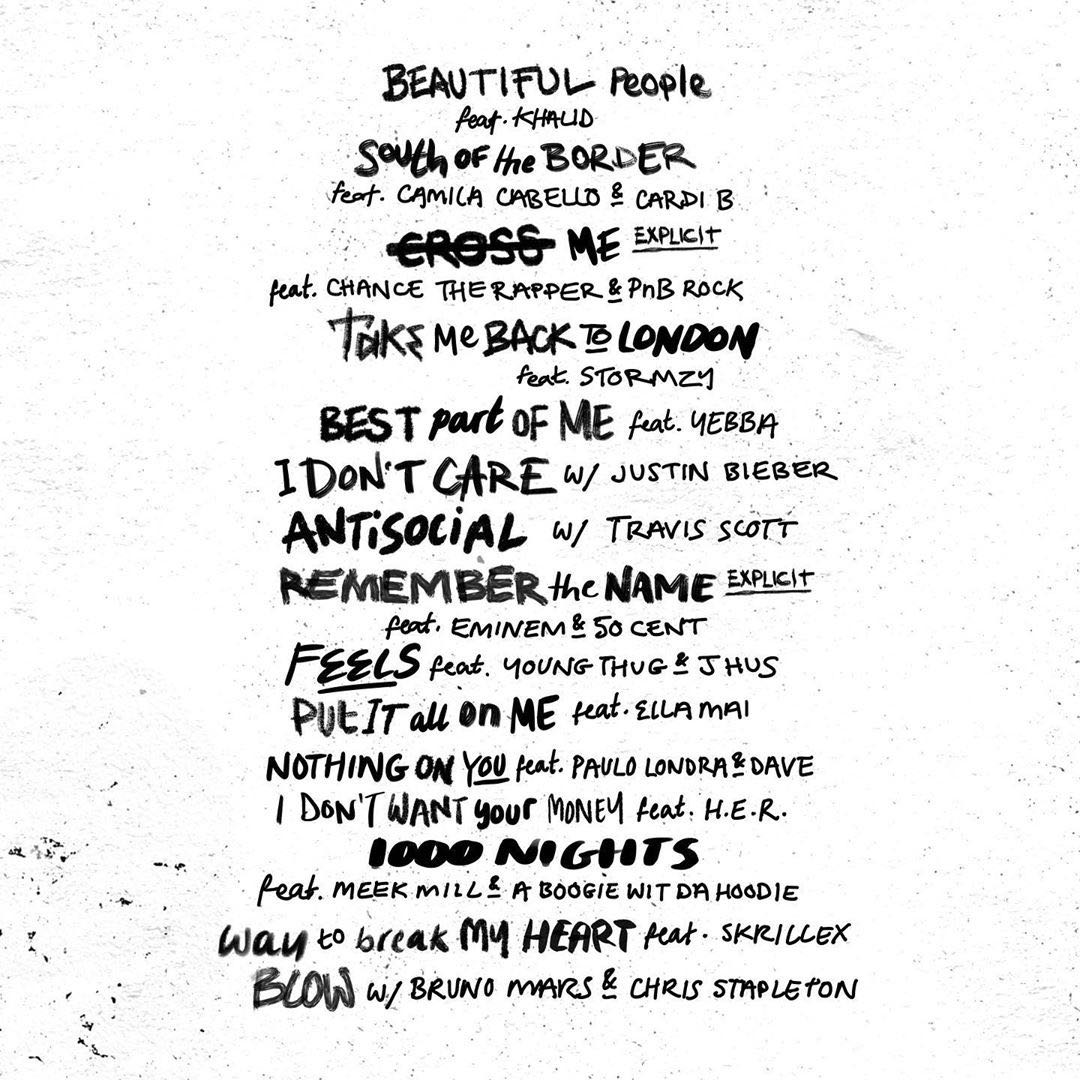