The official 2019 DJ Awards Categories & Nominees have been revealed!

The best of the best in bass, house, techno and more are included — Above & Beyond, Carl Cox, Adam Beyer, Nina Kraviz, Camelphat, Four Tet, Sub Focus, Maceo Plex, Tale of Us, Ferry Corsten, Gareth Emery, and so many more are up for awards this year.

In addition to fan-voted awards, there will be industry awards given out including Record Label of the Year, Track of the Season, Electronic Music Pioneer, best Ibiza DJ, and Producer — and more!

According to the DJ Awards, the nominees this year reflect growth of nearly 50% more female artists nominated since 2017 and a staggering 54% are new nominees.

Winners will be revealed at the DJ Awards Ceremony on Monday, 16th September. 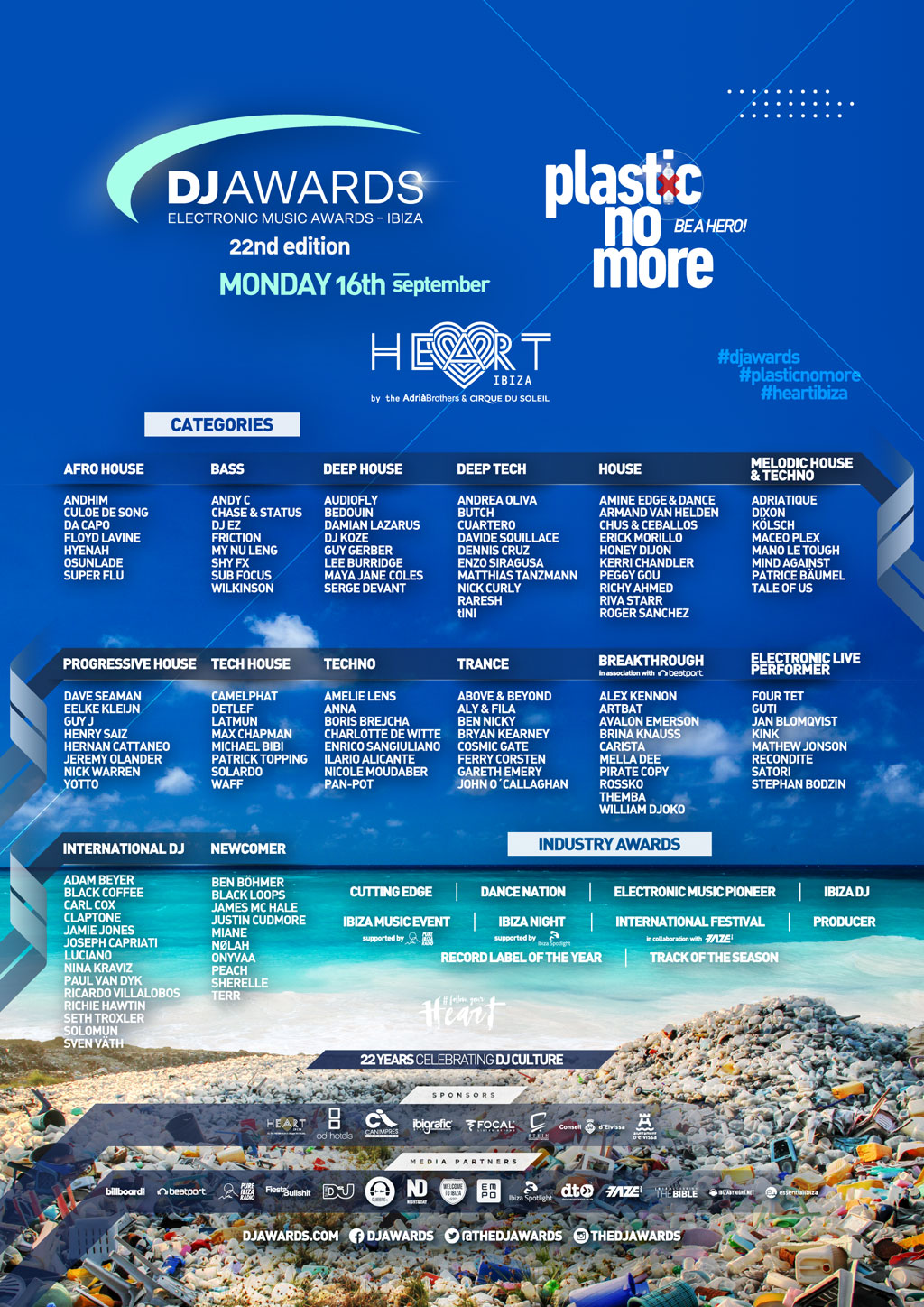