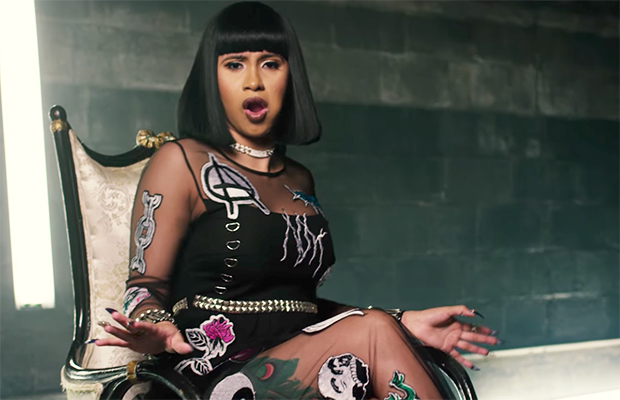 Cardi B Indicted On 14 Charges, Including Felony Assault

According to news reports this morning, rapper Cardi B has been indicted on 14 charges, including felony assault, conspiracy and harassment related to a bar brawl last August.

Cardi was arrested last August and charged with two misdemeanors over the fight at Angels Strip Club in New York. At the time, she reportedly rejected a plea deal which would have allowed her to avoid jail time if she pleaded guilty to a single misdemeanor.

Unfortunately for her, prosecutors found new information in the case last month and decided to put it in front of a grand jury. The charges are now far more serious.

Writes local NYC CBS affiliate, “Police say the rapper and her entourage were at the club when she started arguing with a female bartender. They say a fight broke out in which chairs, bottles, and hookah pipes were thrown, slightly injuring the woman and another employee.”

Cardi’s lawyer maintains that she didn’t harm anybody. According to TMZ, Cardi ordered an attack on the two bartenders at the club, hence the charge for conspiracy.

She is due back in court Tuesday for arraignment. Her next hearing date is August 9, and a judge granted an order of protection for the complainants in the case.