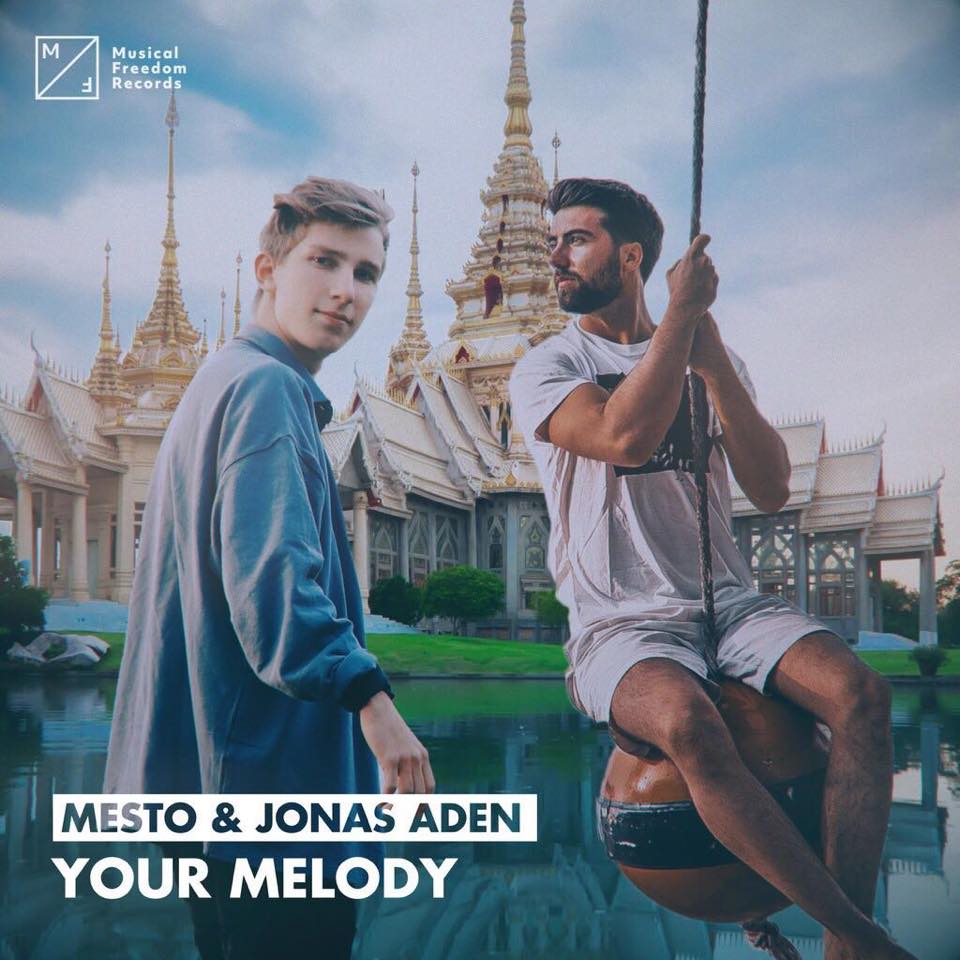 Are you ready for some mainstage madness? Mesto and Jonas Aden have teamed up for a sure fire festival banger, “Your Melody.” The two young rising producers combine all the best elements of their production styles for an absolute banger and give the track an edge that makes it perfect for that late at night set. Jonas Aden has been having a fine year with releases on Hexagon and Musical Freedom, as well as being enlisted to remix Zedd & Katy Perry’s smash hit “365.” Mesto has been doing pretty well himself lately, pumping out a steady stream of original tracks and appearing on high profile collabs with Martin Garrix and Tiësto.

The track makes it intentions known right off the bat; there’s no intro and it starts with a nursery-rhyme like vocal and lots of reverb before a handclap beat kicks in. This song is meant to be delivered mid-set and for maximum effect. A couple of notes are hit during the buildup and these notes become the basis of the drop. Some future bounce type synths are set atop a pounding and grooving bassline during the drop, with the vocal fading into the background as the drop hits. It’s a simple formula, but it’s very effective, this track absolutely slaps and should find its way into any mainstage DJ set this festival season.

Netherlands and Norway meet! Check out Mesto & Jonas Aden’s “Your Melody” out now on Musical Freedom.