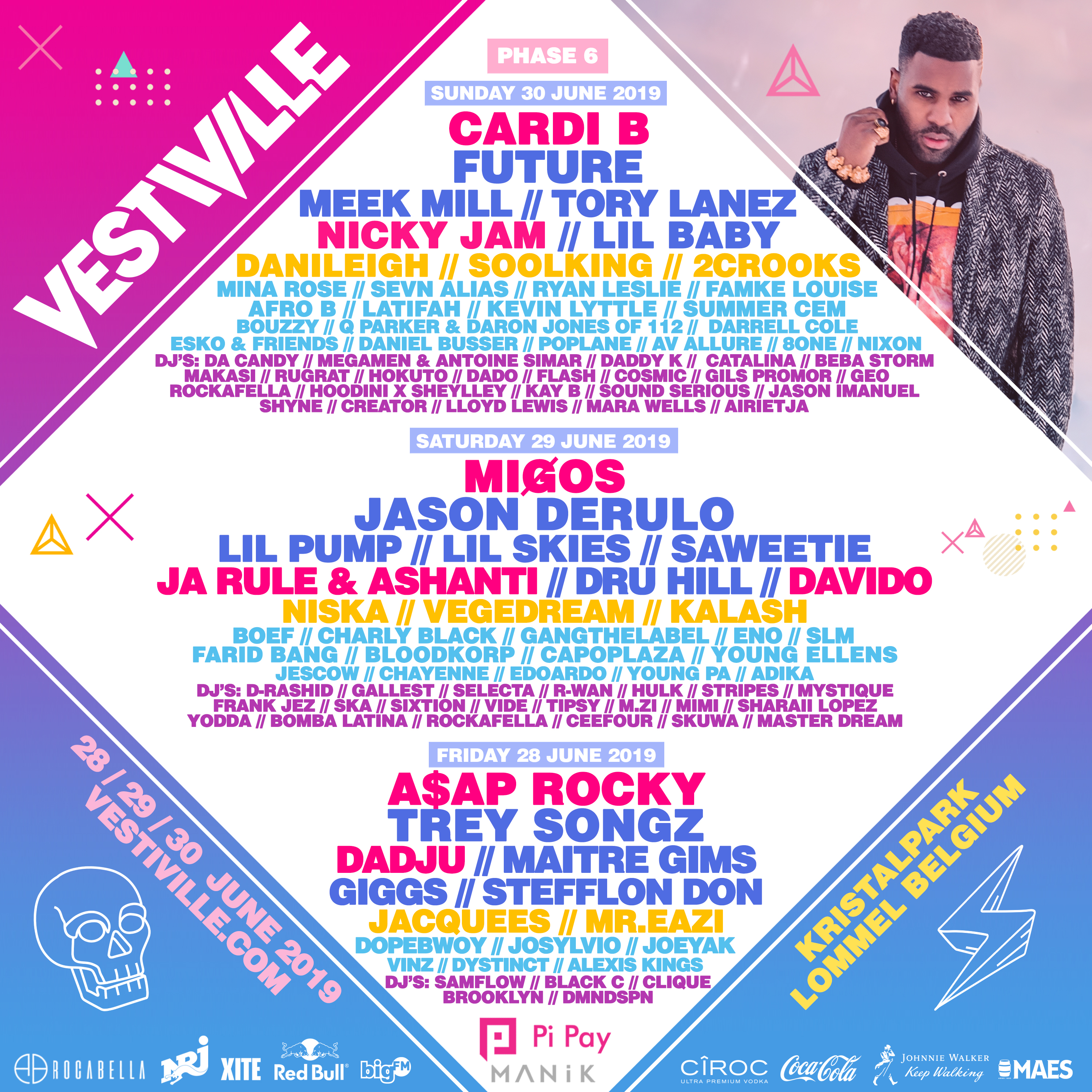 In a perfect world, by the day a festival is set to begin, it should essentially be on autopilot (for the most part). The groundwork should be laid, the employees should know their roles, the artists should be paid and have their flights, etc., etc. In a worst case scenario, a festival knows they won’t be able to put on a proper show and bows out at a reasonable time and refunds those who’ve bought tickets. And then there’s VestiVille.

The Belgium music festival, which featured Cardi B, Future, Meek Mill and Jason Derulo on its lineup, abruptly cancelled the entire event the day it was scheduled to begin. According to tweets from the festival, the mayor apparently suddenly decided not to let it go on.

Today at 5:00 PM the mayor of Lommel decided to not let Vestiville start. After consultation with the security services and ASAP Rocky’s security officer, it was decided that the safety of the artist and the public could not be guaranteed.

What really happened will come out in time, but the fact remains that thousands of people who’d showed up to the event we left with no food, water, or transportation available.

Scenes at @VestiVille were beyond scary. Unprofessional and so unsafe. No announcement regarding cancellation and staff members put at risk. Ridiculous pic.twitter.com/IitjUjvFze

Police were waiting inside with dogs for people to start running in instead of defusing and getting us to leave safely pic.twitter.com/S6T5Kr7DHG

The Brussels Times reports that three of the organizers have now been charged with fraud involving false invoices, forgery, money laundering, and abuse of trust as a result of complaints brought by unpaid suppliers. A full investigation into the festival and its organizers is likely to follow.

These days, it’s not uncommon for the slightest hiccup in a festival to draw the “fyre festival” comparison in mean-spirited comments on social media. In this case, however, the similarities bear fruit.

Currently at @VestiVille – this is FYRE festival 2.0 – was not allowed to leave the campsite during 14hours to go get food or water and they were not selling any either #vestiville

Fuming that #Vestiville is cancelled, the fact that it’s in ANOTHER COUNTRY🙃tell me what I’m meant to do in Belgium??

@VestiVille This is 5 star money spent on a 1 star service. Now we are hearing that the festival is having health and safety issues and we are not sure if the festival is going ahead. I WANT A REFUND. Who do I speak to about this? #Vestiville