The rollout for the debut Wakaan Festival has been slow and steady since it was first announced last December. In the time since, only the location had been revealed — yesterday, the full lineup was unveiled and its quite literally a group of Wakaan all-stars over time.

Liquid Stranger will play two sets at the festival; it’s only appropriate, after all, as its his label. Other standouts are Rusko, KOAN Sound (playing their only US festival announced so far), LSDREAM, Jantsen, Champagne Drip, Boogie T, and more.

The festival is less than 100 days away, October 3-6. Tickets are still available here! 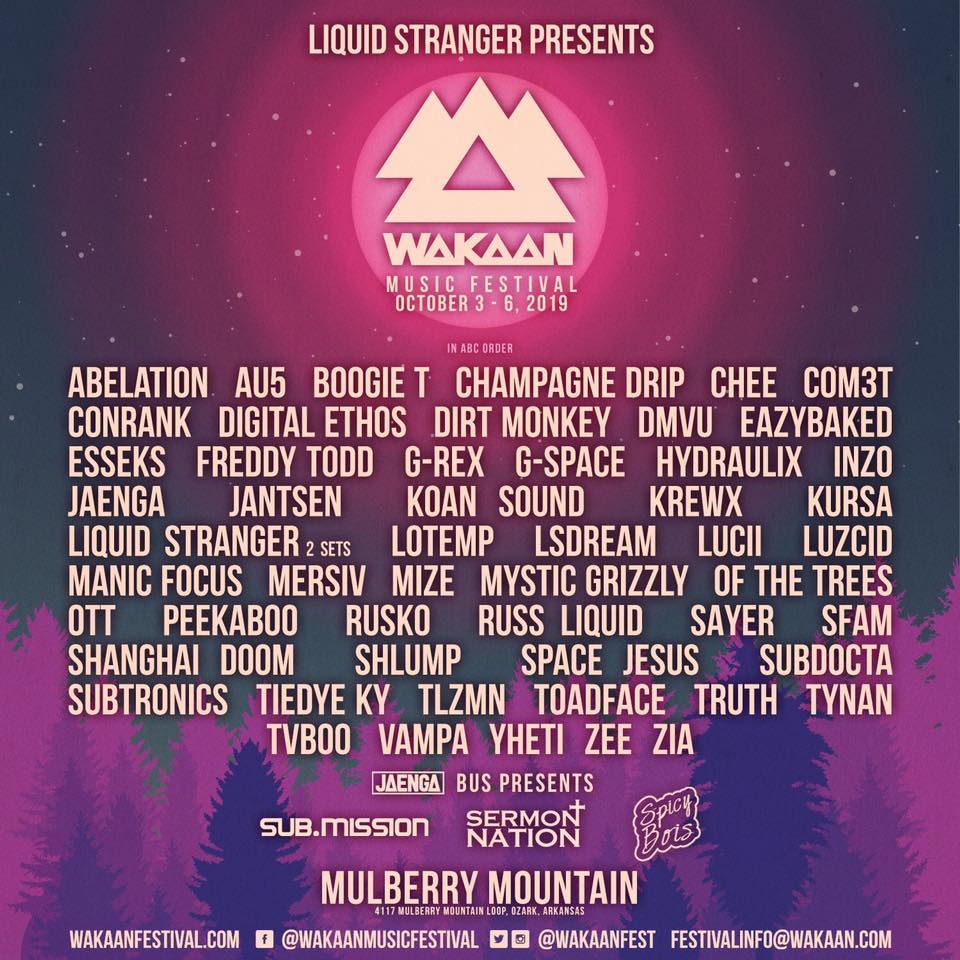