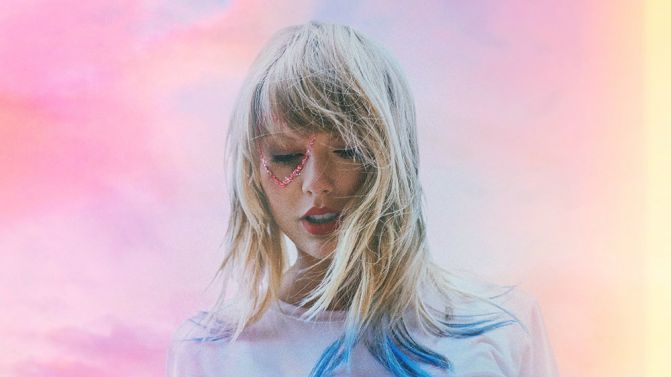 Taylor Swift just put high-profile “manager-to-the-stars” Scooter Braun on blast for bullying, after he bought up her former label and master recordings.

She claims she was never given a fair chance to take ownership for the many songs she has written and performed over the years. She also says she’s “sad and grossed out” that Braun is the one acquiring the rights to her music, as part of a $300 million deal.

A young Taylor Swift worked closely with Big Machine Label Group from the early beginnings of her career and together they released some of the biggest albums of the time: her self-titled debut album Taylor Swift, Fearless, Speak Now, Red, 1989 and Reputation. According to Swift, the label refused her hopes to own her discography — over 10 years of deeply personal recordings.

As one of the biggest musicians on the planet, Swift’s recordings are certainly a big deal and she knows it best. She has broken off from Big Machine for her next impending release on Republic and her own Taylor Swift Productions and describes her perspective in detail.

For years I asked, pleaded for a chance to own my work. Instead I was given an opportunity to sign back up to Big Machine Records and ‘earn’ one album back at a time, one for every new one I turned in. I walked away because I knew once I signed that contract, Scott Borchetta would sell the label, thereby selling me and my future. I had to make the excruciating choice to leave behind my past. Music I wrote on my bedroom floor and videos I dreamed up and paid for from the money I earned playing in bars, then clubs, then arenas, then stadiums.

She describes Braun’s character as “incessant, manipulative bullying” and exposes a sinister narrative:

This is my worst case scenario. This is what happens when you sign a deal at fifteen to someone for whom the term ‘loyalty’ is clearly just a contractual concept. And when that man says ‘Music has value’, he means its value is beholden to men who had no part in creating it.

Of course, there are two sides to every story (at least). So far though, no public word from Braun on this whole ordeal. A report from People says Braun has reached out to Swift to have a “private conversation” on the matter.

Others musicians have since spoken out, taking sides. Fellow artist Justin Bieber stands up for the manager and says this can only be dealt with through “direct communication.” He asserts that they love her and want her to succeed.

Halsey, on the other hand, sides with Taylor in saying it “turns her guts” that successful women are still struggling with creative control and power. She says, “as an entertainer you are respected, but as a writer you’re walked all over.”

Swift is moving forward and plans to release her forthcoming album, Lover on August 23rd. There’s clearly a new sound and vibe to it, as heard with “Me!” featuring Brendon Urie of Panic! at the Disco and “You Need To Calm Down.”

This is obviously a complex matter that no one can fully understand, other than the parties involved. The takeaway message — Swift urges artists to learn from her experience and make negotiations that protect their work. She says boldly,” you deserve to own the art you make.”

Read her entire post below, as well as responses from Halsey and Justin Bieber.

Hey Taylor. First of all i would like to apologize for posting that hurtful instagram post, at the time i thought it was funny but looking back it was distasteful and insensitive.. I have to be honest though it was my caption and post that I screenshoted of scooter and Kanye that said “taylor swift what up” he didnt have anything to do with it and it wasnt even a part of the conversation in all actuality he was the person who told me not to joke like that.. Scooter has had your back since the days you graciously let me open up for you.! As the years have passed we haven’t crossed paths and gotten to communicate our differences, hurts or frustrations. So for you to take it to social media and get people to hate on scooter isn’t fair. What were you trying to accomplish by posting that blog? seems to me like it was to get sympathy u also knew that in posting that your fans would go and bully scooter. Anyway, One thing i know is both scooter and i love you. I feel like the only way to resolve conflict is through communication. So banter back and fourth online i dont believe solves anything. I’m sure Scooter and i would love to talk to you and resolve any conflict, pain or or any feelings that need to be addressed. Neither scooter or i have anything negative to say about you we truly want the best for you. I usually don’t rebuttal things like this but when you try and deface someone i loves character thats crossing a line..