Keys N Krates dropped their debut album just over a year ago, and yet it feels like forever since we’ve heard from the Toronto three-piece ensemble. following a Live In Toronto album at the end of the year, they’re back now with a 24-minute, 11-track mixtape called A Beat Tape for Your Friends.

Whereas last year’s Cura found them navigating the intersection between hip-hop and dance, this release channels back to their hip-hop roots.

“The project is all instrumental and pays homage to the beat tapes we love like Jay Dilla’s “Donuts” which has helped shape how we approach music in general. This is our take on that idea, made from our perspective. It’s a good-vibe playlist you can put on with your friends to enjoy the summer and get outdoors after a long winter.”

The release arrives ahead of Keys N Krates playing a string of festival dates around the United States and Canada this summer, including Denver’s Global Dance Festival and Nashville’s Deep Tropics. All tickets are available  here.

Hear A Beat Tape For Your Friends above and see upcoming tour dates, full project details, and read more about Keys N Krates below. 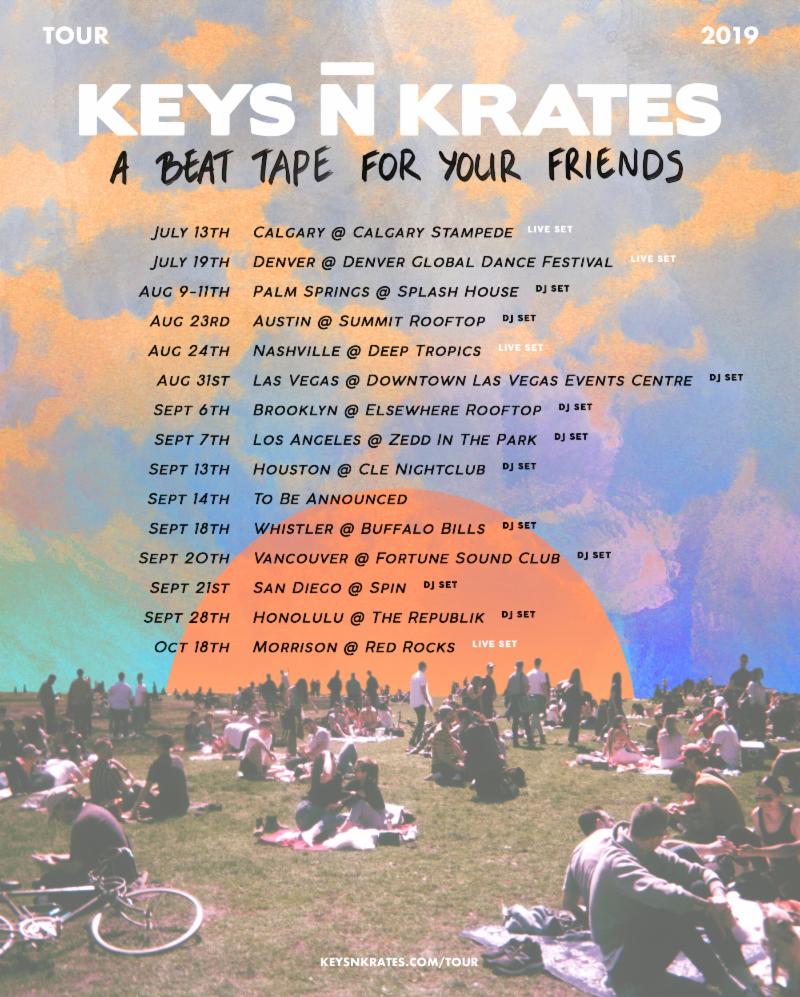