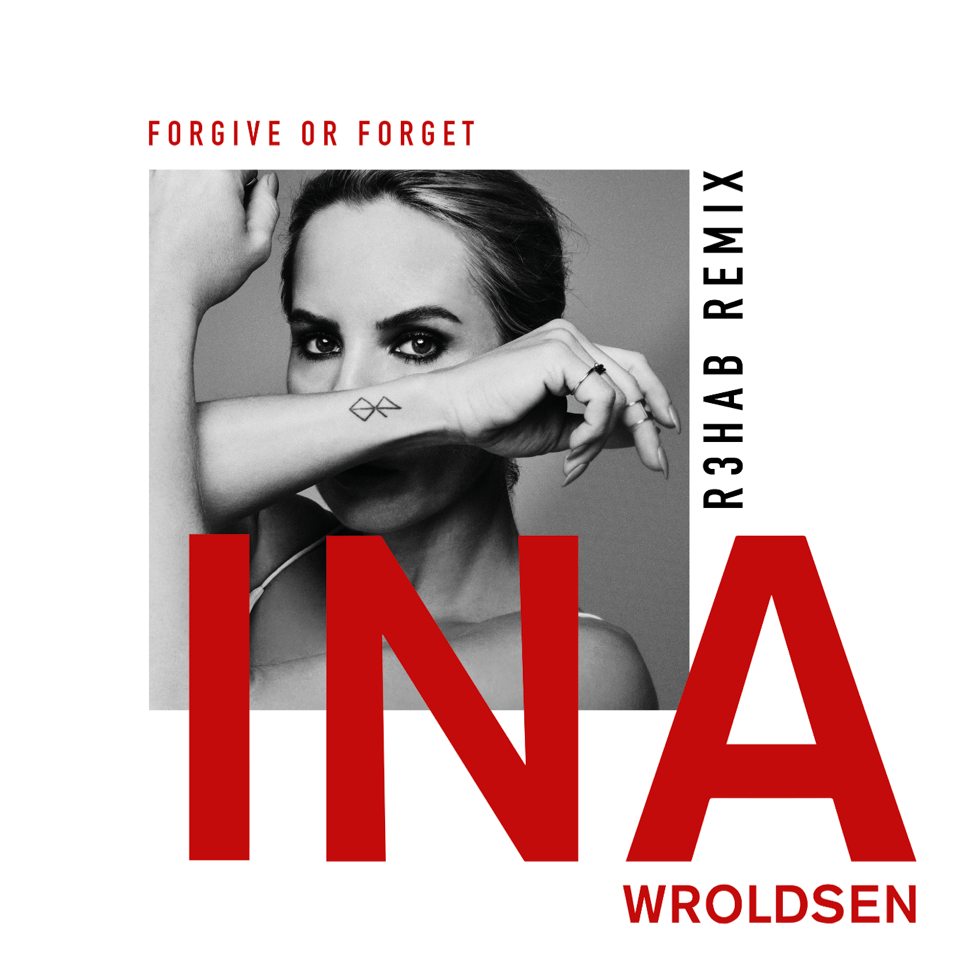 One of Norway’s most talented vocalists has teamed up with one of the biggest Dutch producers in the dance music game. Ina Wroldsen has enlisted the one and only R3HAB to remix her latest song “Forgive or Forget,” and the result is a smooth radio friendly jam that still packs a perfect groove for the dancefloor. Dance music fans probably recognize Ina Wroldsen’s name from her features on tracks by Martin Solveig, Jax Jones, and most recently, her track with Steve Aoki, “Lie to Me.” Instead of featuring on a producer’s track, this time she’s gone the other route and gotten a remix of one of her own songs.

The remix actually maintains most of the structure and melody of the original, and most importantly Ina’s stunning vocals still shine through above all else. Whereas the original track has kind of a UK garage flavor, R3hab’s remix takes the piano melody and turns into a more future house leaning track. It’s during the chorus/drop, that the beat and bassline sound more like R3hab. Again, the production changes are subtle, but enough to notice. The second verse, especially, is way more bouncy than the original, and R3HAB’s production elements start to make a stronger mark on the track.

For R3HAB, this was an easy song to choose to remix as he cites he’s always been a fan of Ina. For Ina, though, this song has a much more personal meaning. Before embarking on her singing career, Ina was a highly accomplished songwriter, garnering writing credits on massive hits including Calvin Harris’s “How Deep is Your Love” (also remixed by R3HAB!) and Clean Bandit’s “Rockabye.” Despite her songwriting prowess, she was never allowed to sing on tracks. That’s all changed now, and us listeners are much better off for it. Here’s what R3HAB and Ina had to say about “Forgive or Forget.”

“I’ve always been a fan of Ina’s voice and songs, this one is no different, so it was easy to do a remix for it. The vocals are great with lots of little hooks that work perfectly for this house-y remix. Enjoy!” – R3HAB

“When I write for me it’s so great because I can allow myself to say exactly what I want. It’s a feeling of freedom that I’ve missed…This industry can be rough and you do come into situations you can’t fully control. At the same time, you don’t have to wallow. You can just move on and this song is about that for me…It was nice to get it off my chest in a way that didn’t make me feel weak…I write to work my way through experiences a lot. It’s sort of like a therapy session.” – Ina Wroldsen

Get an exclusive listen to the R3HAB remix of Ina Wroldsen’s “Forgive or Forget,” out now on Syco, right here.