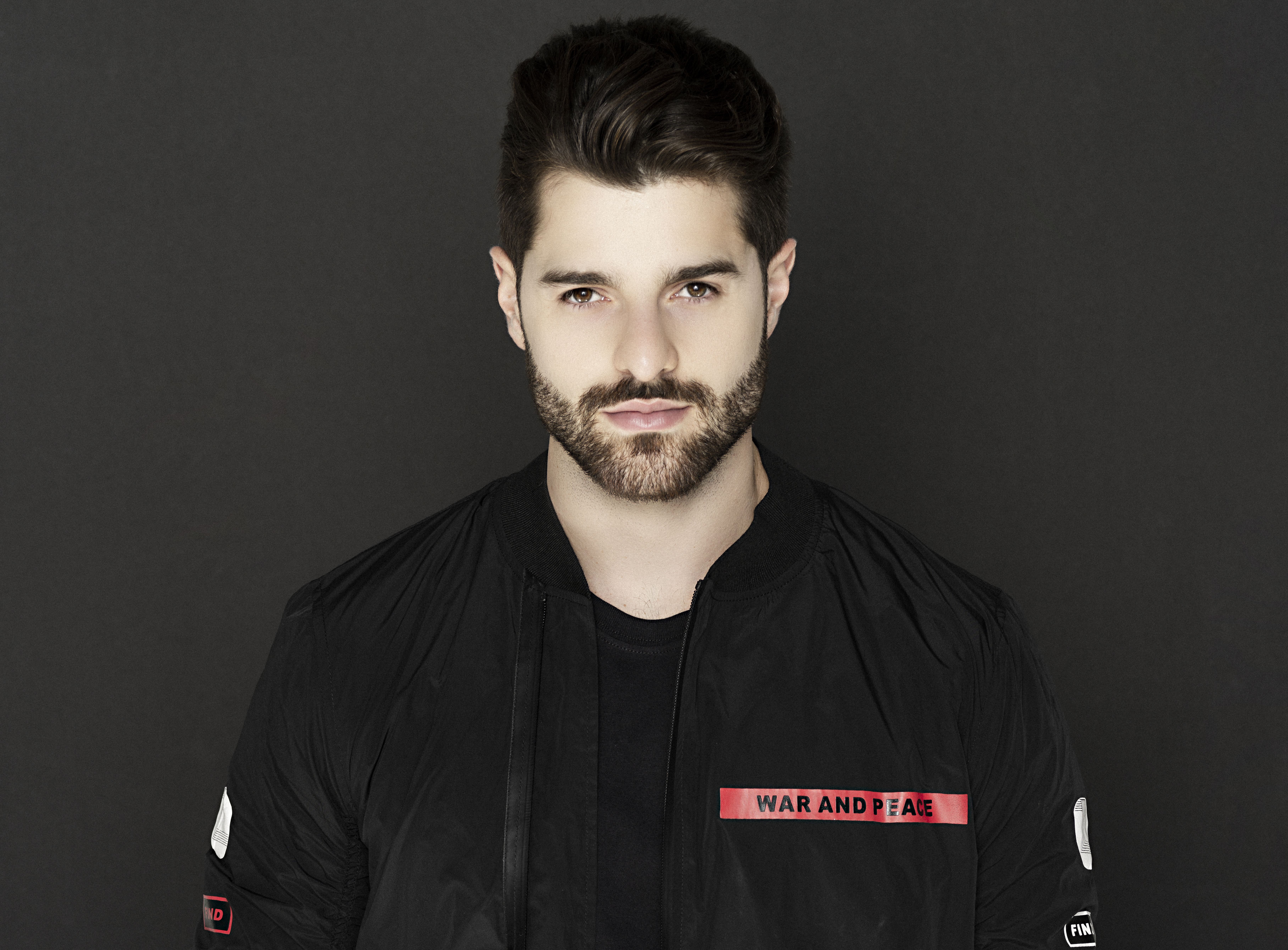 There are tons of A-list DJs on the scene today, from The Chainsmokers to Martin Garrix to Tiësto, there are any number of household names that have made their mark through their releases and heavy touring schedules. Here in the U.S. we often think of Europe as being the biggest exporter of DJ talent, but no one should be sleeping on Brazil. In fact, one of the biggest names in dance music is Alok, quite literally, the number 1 DJ in Brazil.

Born into a musical family, Alok Achkar Peres Petrillo, is the son of two of the pioneers of psy-trance in the Brazilian club scene. With the early exposure to dance music, Alok was well on his way to a successful career in music. However, who knew that he would come to transcend the scene in his country and become one of the biggest international DJs in the world. Now, with the advent of the Brazilian bass sound, Alok is on the cutting edge of dance music, and has broken through to the mainstream audience. Along with frequent collaborator Sevenn, Brazilian dance music has never been bigger.

We got the chance to talk to Alok before his show at Exchange LA earlier this month. He talked to us about his latest track, “The Wall,” a brilliant re-invention of the Pink Floyd classic, his new record label Controversia, how he came up in the club scene in Brazil, and his upcoming tour schedule. Check out what Alok had to say.

Hey Alok, there’s a lot of stuff going on. First off tell us about your latest track “The Wall,” a re-imagining of the Pink Floyd classic. How did it come about, how did you get Roger Waters’s permission?

“I’ve been playing some other remixes I did for the last 6-7 years, and I said you know what, let’s try it, I’ve been playing for so long, this song, ‘The Wall.’ So I just worked out with Sevenn, a new version of it. And then we sent it to Roger Waters’s management and they were like, happy to license it and make it happen, so I was really happy, because it’s like a dream coming true. Also, it’s crazy, because it’s about the hook, you know what I mean, it’s about one hook that makes everything. I did the same thing with ‘BYOB,’ and I did the same thing also with ‘Fuego’ from Narcos. It’s the same kind of song, one really good hook and a nice drop. I’m happy with Roger Waters allowing us to make this happen, and the visual clip is really really cool. The video clip is made by Steve Cutts, it’s really good animation, but it’s not only about animation, it’s really about the message behind the clip. So if you didn’t see it, I would totally recommend it, because it’s really what ‘The Wall’ means.”

You’re also launching your own label, Controversia, tell us about this? What’s the goal of the label, what inspired you to branch out.

You were born to a family of DJs, tell us what role music played in your upbringing. Did you want to be a DJ right from the start?

“My parents have been DJs for the last 25 years I think, and they are also the pioneers of psy-trance in Brazil. So I was basically born and raised in this environment, and that was my destiny. I’ve been playing since I was 12, like really playing. I started when I was 9, but, 12, I started producing, I changed my video game for Logic Pro. So that’s my life, I was meant to be here.”

Did you have an instrument?

“Yeah, my dad beforehand he was in a rock band, so I did piano lessons and my brother did guitar lessons. So of course that helped me a lot with production, because it’s not only about the machine, it’s also about having the music behind it. I’m for sure not an expert, but I can do it. But I was really inspired and still inspired by my parents.”

You just passed 1 billion streams on Spotify, and you’re ostensibly the biggest DJ in Brazil. Tell us what the club scene is like down there and how did you get to become so big down there?

“I didn’t know that, cool! Nowadays, I’m not really into the club scene in Brazil, it’s only arenas or open air parties. The only true clubs I play in Brazil are Laroc, which is specific for electronic music, and Green Valley, which can fit like 14,000 people. Those are the only clubs I can fit in. I don’t know, honestly, if you’re asking me how I got there, it’s just about doing what I love, and I’m really curious and passionate about everything. And things just go naturally when it’s genuine and you really believe in something. Of course, it’s hard work, and I have a really really cool team with me, people that believe in my madness and crazy ideas. Yeah, I don’t know how to explain, it’s just magic.”

You’re playing three different stages at TomorrowLand!? Give us a breakdown of your TomorrowLand schedule?

“Yeah, I’ve been learning a lot with TomorrowLand because the other set I did was a real lesson for me. Because I was basically trying to export what I was doing in Brazil outside, but it actually doesn’t really translate the way it has to be. So now I’m doing something specific for TomorrowLand and for this European market, because it’s a really specific market. I cannot always try to convert what is in Brazil to the outside, and vice versa. So yeah, now I have much more experience, so for sure this year is going to be way better than the first time I played the main stage, because I’m more prepared for it. You know in life, you don’t know where you’re going, but you have to know where you can’t go back.”

What are the other two stages you’re playing?

“One is with NERVO, the other is with Oliver Heldens.”

I guess this is also the kickoff of the tour, give us a breakdown of your touring schedule too. Where are you headed too, is it festivals and clubs?

“So this year I’m going to do Ibiza three times, sorry, three times at Ushuaïa, one time at Amnesia. There’s going to be some festivals around, Italy, Portugal. Going to spend the next month travelling, then I come back to Brazil for two weeks, and then I go out again for one more tour. Burning Man, I come back here, I go to Japan. This is when I really go out from Brazil because it’s summer time. But after October, it’s straight away Brazil, because it’s summer over there.”

Finally, tell us what you like doing whenever you visit Los Angeles. Any favorite spots? How does the crowd treat you here as opposed to other places?

“I really like the vibe here, I really like California, I have really good friends here. So, whenever I come here I always feel at home, I always stay in the same place, I feel comfortable here. Maybe L.A. would be the place if I would come to the US to live, I’d live here.”

Any messages for the fans?

There’s a lot of Portuguese being spoken tonight.

“If they don’t go to Brazil, I bring Brazil to them.”

Make sure to check out the latest from Alok & Sevenn, “The Wall.”