Martin Garrix Rumored To Be Working with Drake

UPDATE 7/24: Martin has confirmed that the collaboration is not with Drake, or Ed Sheeran for that matter. Who could it be? We’ll have to wait for the official announcement or more clues to find out.

nope it’s not with Drake

Martin Garrix is known for cooking up some quality collaborations, but this one might take the cake. As rumor has it, the producer is teaming up with none other than Drake.

A new post on Reddit exposes the potential collab between the two massive artists. More specifically, the leaked screenshot shares a DM convo between a photographer for Murda Beatz and an inquisitive party. In their short exchange, a Martin Garrix x Drake production is strongly hinted at.

The Redditor also references a recent interview with 538 Radio at Tomorrowland, during which Martin Garrix said he recently worked with a big name artist — the biggest he’s worked with yet. Could it be Drake he was talking about?

Check out what he said – “I’ve been in the studio with someone, I can’t say with whom yet, but that is perhaps the biggest name ever.”

If this is true, it’s absolutely huge news. As mentioned in the conversation below, “the world will shake.” 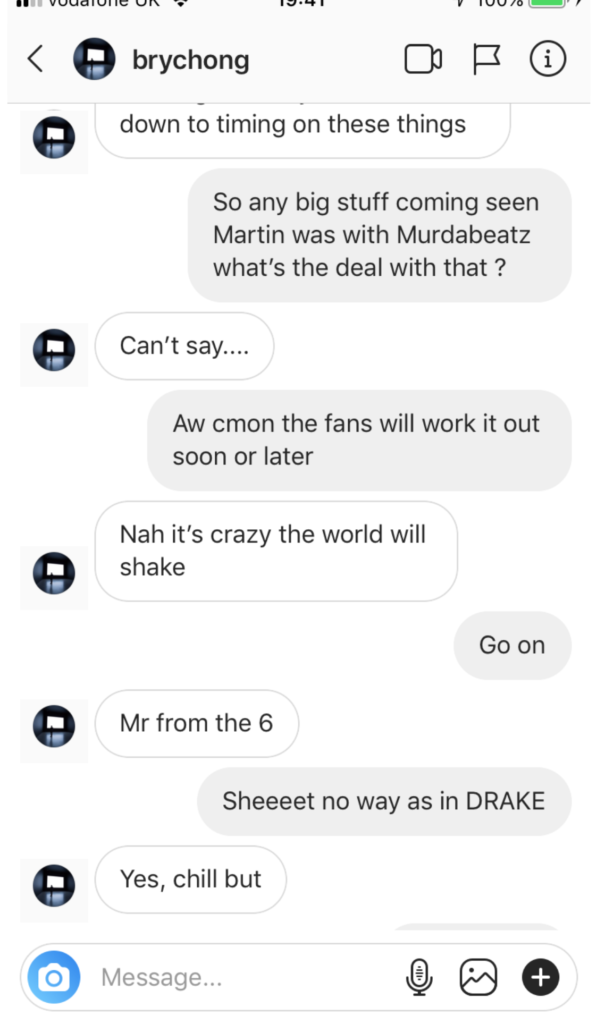