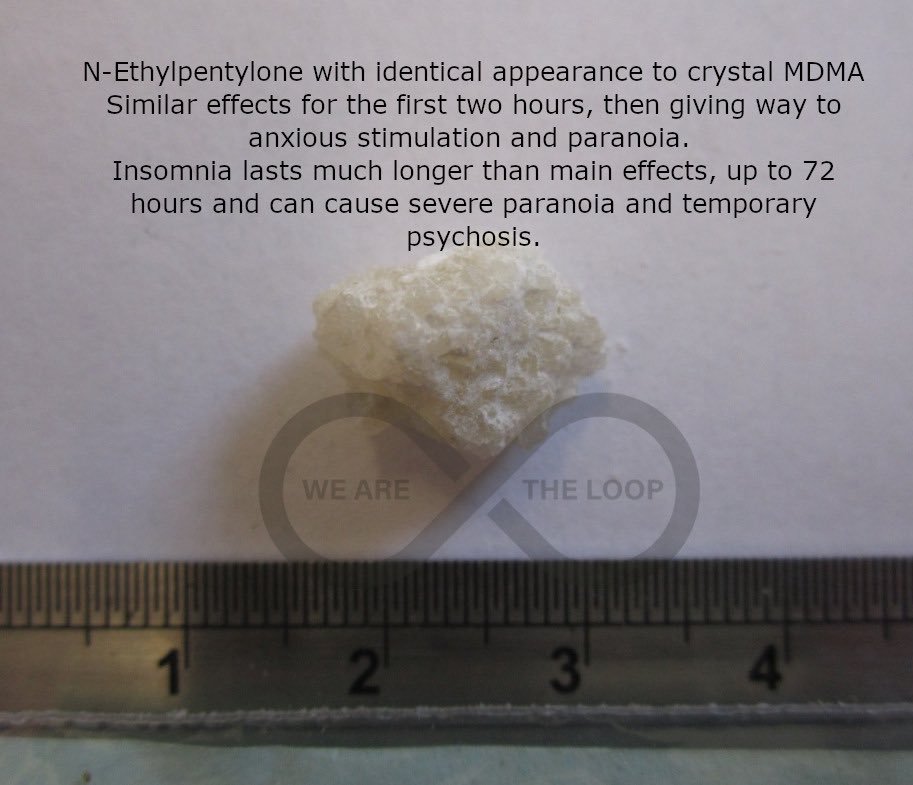 A synthetic drug from China has been outlawed in Malta after being linked to over 125 deaths. It’s described as a substance “three times stronger” than MDMA, but looks and smells the same — which makes it especially dangerous.

In addition, the United Nations (UN) has called for a worldwide ban on N-ethylnorpentylone.

The drug reportedly caused these fatalities between 2016 and 2018, according to the World Health Organization (WHO). Most of the deaths occurred in Britain, and also New Zealand, Australia, and the United States.

Drug safety non-profit The Loop reportedly found N-ethylnorpentylone in one in 20 samples of drugs sold as ecstasy/MDMA this summer. The organization says signs of the drug include “anxious stimulation and paranoia” or in worst cases “temporary psychosis.” Insomnia effects could last up to 72 hours and anyone suspicious of ingestion should seek medical attention.

The Loop’s founder, Fiona Measham has provided a statement:

The real problem is that the effects are not that dissimilar at the start to what a user might expect from MDMA but it takes longer. What people might think is that they have a weak sample of MDMA so they take more and inadvertently re-dose or overdose.

It can keep them awake for two to four days. They become increasingly stressed and anxious. The concern is that young people don’t realise it’s the drugs and think it could be them or think they are losing a grip of their faculties. We have seen people who have full blown psychotic episodes.

Learn more information about drug safety via The Loop.