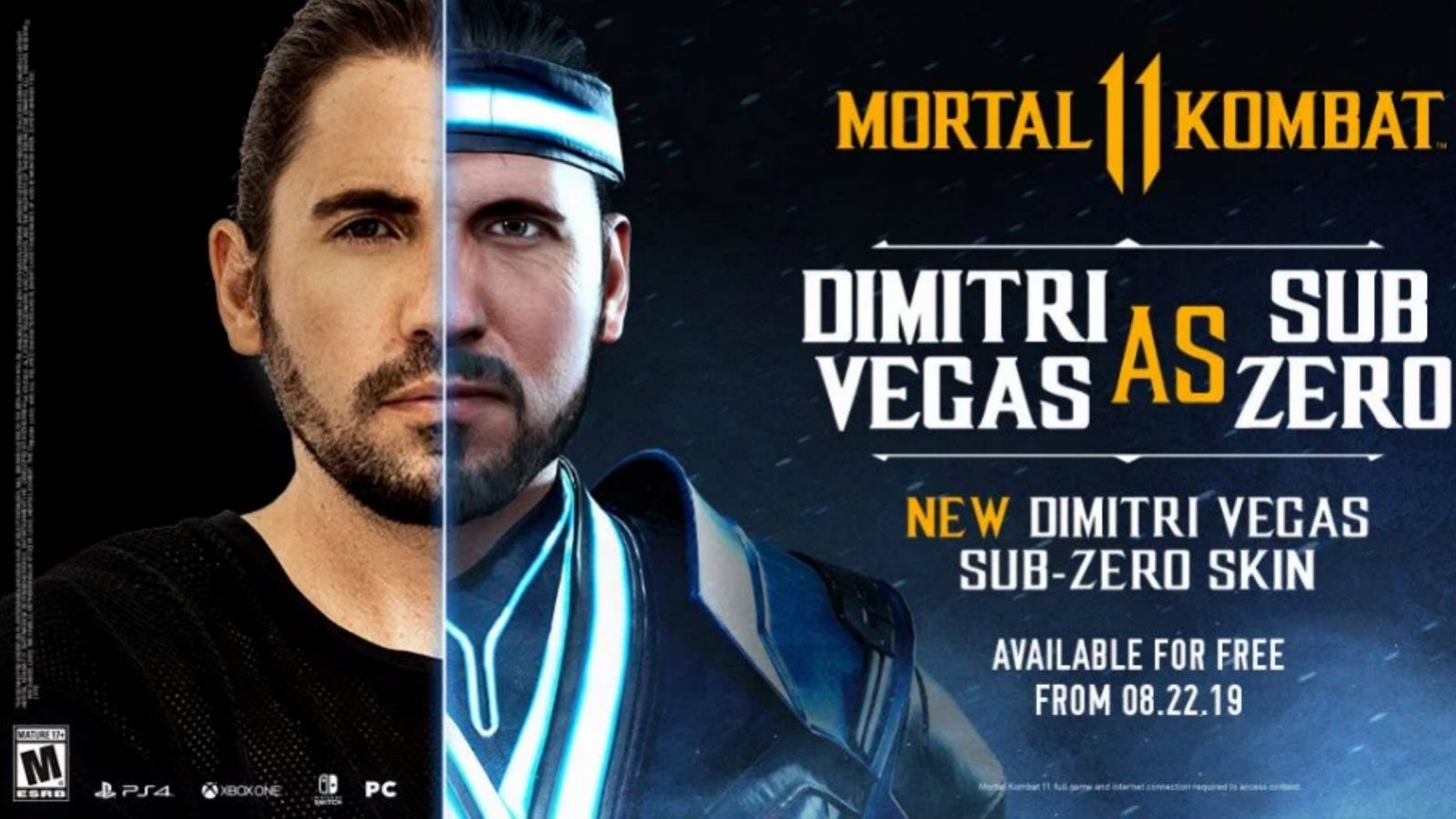 Dimitri Vegas is celebrating his upcoming “Sub-Zero” playable character in Mortal Kombat in the best way possible — with an official remixed theme and a fire club mix!

The official Mortal Kombat 11 trailer mix and the club mix are both available now on Spotify and beyond. Performed by Dimitri Vegas & Like Mike, Bassjackers, and 2WEI, the Mortal Kombat theme has never sounded better or more built for the main stage.

It’s a truly grand production, which fans of the game will appreciate — or simply those with a great appreciation for theatrical productions in general.

“We’ve been fans of the game since forever…” he says in the post below.

To celebrate my upcoming “Sub-Zero” playable character in #MortalKombat 11, we decided to release the music we did for the #MK11 trailer, along with a 🔥🔥🔥 clubmix! We’ve been fans of the game since forever… retweet if you’re too 🎮 pic.twitter.com/S7VQEVDiwF