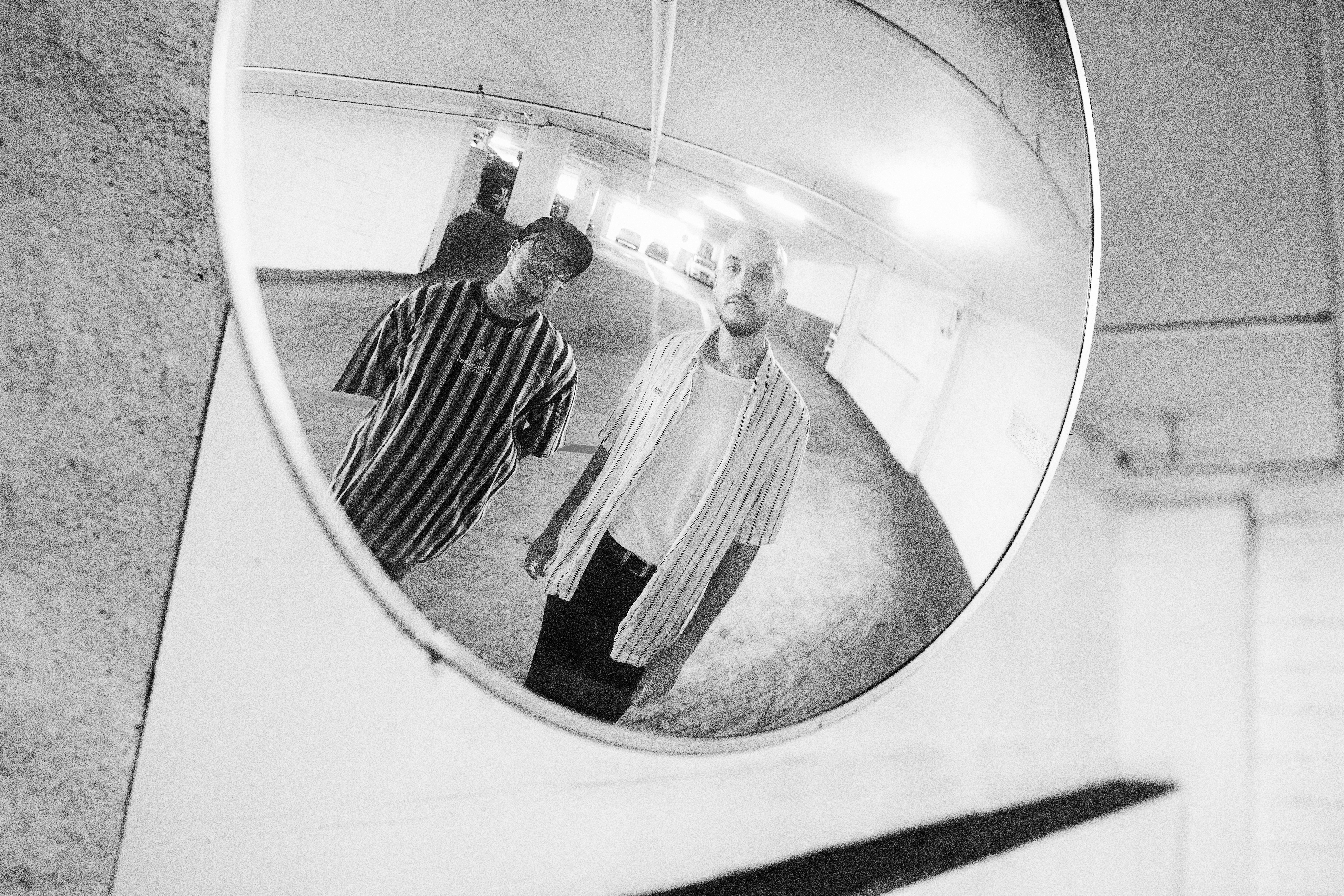 Veteran producer/DJ duo GTA announced that they were getting rid of the acronym and fully embracing their brand as Good Times Ahead. The news of the name shift was accompanied by the release of the first single off of their upcoming album, “Milky Cabrera” with Diplo on vocals. Last week, we were treated to the second single off of the upcoming album, “Waffle House” with Flosstradamus. This is another curveball from both artists; instead of heavy bass and trap, we’re treated to a tasty tech-house banger, perfect for the club. Like “Milky Cabrera,” the track also features a kind of ridiculous vocal, but ridiculous in the best way.

Matt and Julio closed out the Green Tent two Saturdays ago at HARD Summer with a special two hour set to celebrate their career and the upcoming release of their 10 track LP Good Times Bad Times at HARD Summer. Along with the already released songs, the LP will feature more collabs, including one with Black Caviar, and some original tracks, including one with 4B. The album will be released on Good Times Ahead’s new record label Good Times/Bad Times in conjunction with Insomniac Records. We got the chance to have a brief chat with Good Times Ahead about the new album and label, and why they’re leaving GTA behind.

You guys were formerly GTA (Good Times Ahead) now it’s going to be strictly Good Times Ahead. What’s behind the name change/rebrand and why now at this point in time?

I know you guys just did the new song, “Milky Cabrera” with Diplo doing the vocals, tell me how that came about, how did you guys come up with that?

Julio: “It was actually a few years ago, we were working in a studio in Amsterdam, and he had the room next to us, at the time we were just working around on some club shit. He came in and was like this is dope, he hopped on the mic, just pretending to rap, and we happened to record him, and the day after we were looking through the vocals and chopped some stuff up and that’s how Milky Cabrera started.”

Matt: “It’s kind of funny, if you actually listen to the song in the beginning, it’s literally the moment he walks up to the microphone and is like, oh are the headphones plugged in, literally is a complete recording of him getting in there.”

It was a few years ago you recorded it, why was now the right time to release the record?

Matt: “For the project that we’re doing, which is pretty much a whole album. It’s one of those tracks, it’s kind of silly, it’s just a silly club banger. We pretty much only had the first half of the song done, and then a few months ago, we finished the second part, so that’s why two halves of the song sound different. Man, the whole compilation album that we’re doing is all geared toward HARD and just festivals, going to festivals, so this song is the perfect fit. Especially when you hear the rest of the album, it’s just like a silly, dirty banger.”

For you guys, what’s the challenge as producers and DJs, everyone knows who you are, you have a lot of hits. What challenges you guys personally and how do you stay fresh and on top of the game?

Julio: “I feel like for us it’s not even about trying to stay fresh, it’s mostly just about keeping ourselves happy. We’re just trying to make it about what we love listening to instead of what other people are playing. That’s how it’s always been for us, we’re influenced by a lot of Latin music lately, which is huge now. At the same time there’s so many other kinds of things that are in this that we can know about, we just love to learn and try to incorporate that into our music.”

Matt: “We push ourselves too.”

Was there ever a time in your career that you ever lost that creative spark and how did you get over that?

Matt: “Yeah, I would definitely say last year, we had a lot of songs that we would work on here and there, but there was definitely a huge lack of that spark that you’re talking about. I feel like it happens to everyone, pretty much everyone who I’ve talked to has had a similar thing at around the same time. I think it just kind of pushes artists and people to think outside the box and try to create something new and different. There’s a lot of times you can just sit there and try to force it, we’ve tried that a bunch of times. A lot of times the way that things happen and come about is from not thinking about it and just letting things happen. So on this album we have a lot of brand new songs that we’re just trying a few different things. Yeah, for the past few months we’ve really found that spark again to work on a lot of music. Even a lot of things we weren’t thinking about before and we’re trying to do it now.”

We’re here at HARD Summer, you guys are stalwarts of this festival. Tell me what makes this festival special, why do you guys enjoy playing it and playing to the crowd here in Southern California?

Julio: “We love HARD, we’re fans, before we were even GTA we were going to HARD. It’s just an even bigger honor to be able to play these stages and be able to play the music we love listening to and seeing how people react. It’s literally like our family, we love HARD.”

Check out Good Times Ahead & Flosstradamus “Waffle House” out now on Good Times/Bad Times. Good Times Bad Times at HARD Summer will be out in full on August 16.