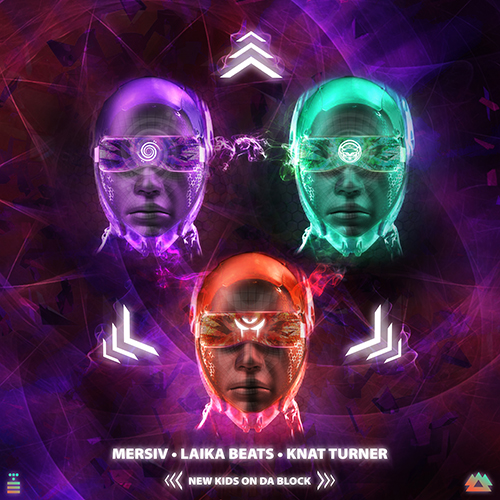 Just released through the awesome Wakaan is two tracks making up New Kids On Tha Block, an EP produced by bass artists Mersiv and Laika Beats. The guys come together in immense fashion for this double-sided offering, which serves up weighty dance floor carnage alongside vocals from Knat Turner.

It breaks you in with the title track – all drawn-out builds before a cascade of drops. Meanwhile, ‘Dopamine’ introduces some crisp drum rhythms and pacier moments of climax, going in hard when it needs to.

Talking though the EP, Colorado’s Laika Beats says: “When we recorded these tracks we were definitely aiming to make anthems that were representative of the bass scene and our friends in Denver. After we had finished both those tracks, all three of us took a road trip and played in a show in Sioux City IA and premiered them for the first time. The crowds’ reactions for both songs is something I will never forget– these tracks inspire a ferocious energy and that perfectly resembles the spirit of Denver and our love for all things music.”

Check it out right here.