A new festival in China during Halloween week called Be Somebody Festival is taking its name literally as it aims to feature lookalikes of popular DJs Skrillex, Steve Aoki, and Armin van Buuren.

The festival first popped up in the EDM Madness private Facebook group yesterday. It would have been easy to think this was just an elaborate troll, but we can confirm this event is very, very real — even if the actors aren’t. In place of Skrillex will be Skrelax; in place of Steve Aoki will be Steve Aniki (aniki is a slang term for brother in Japanese, it’s unclear if the association was intentional); in place of Armin van Buuren will be Armin van Bullsxxt.

Be Somebody Festival will be held October 26 X-Cube Nightclub in Taiwan. If anyone ends up going, please be sure to send videos and photos to [email protected]! 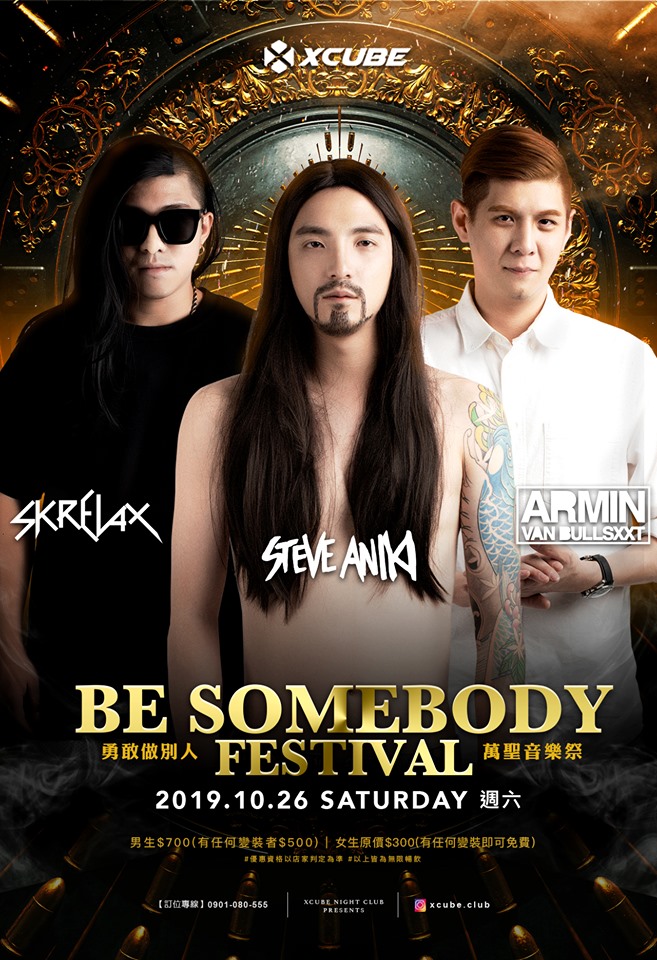