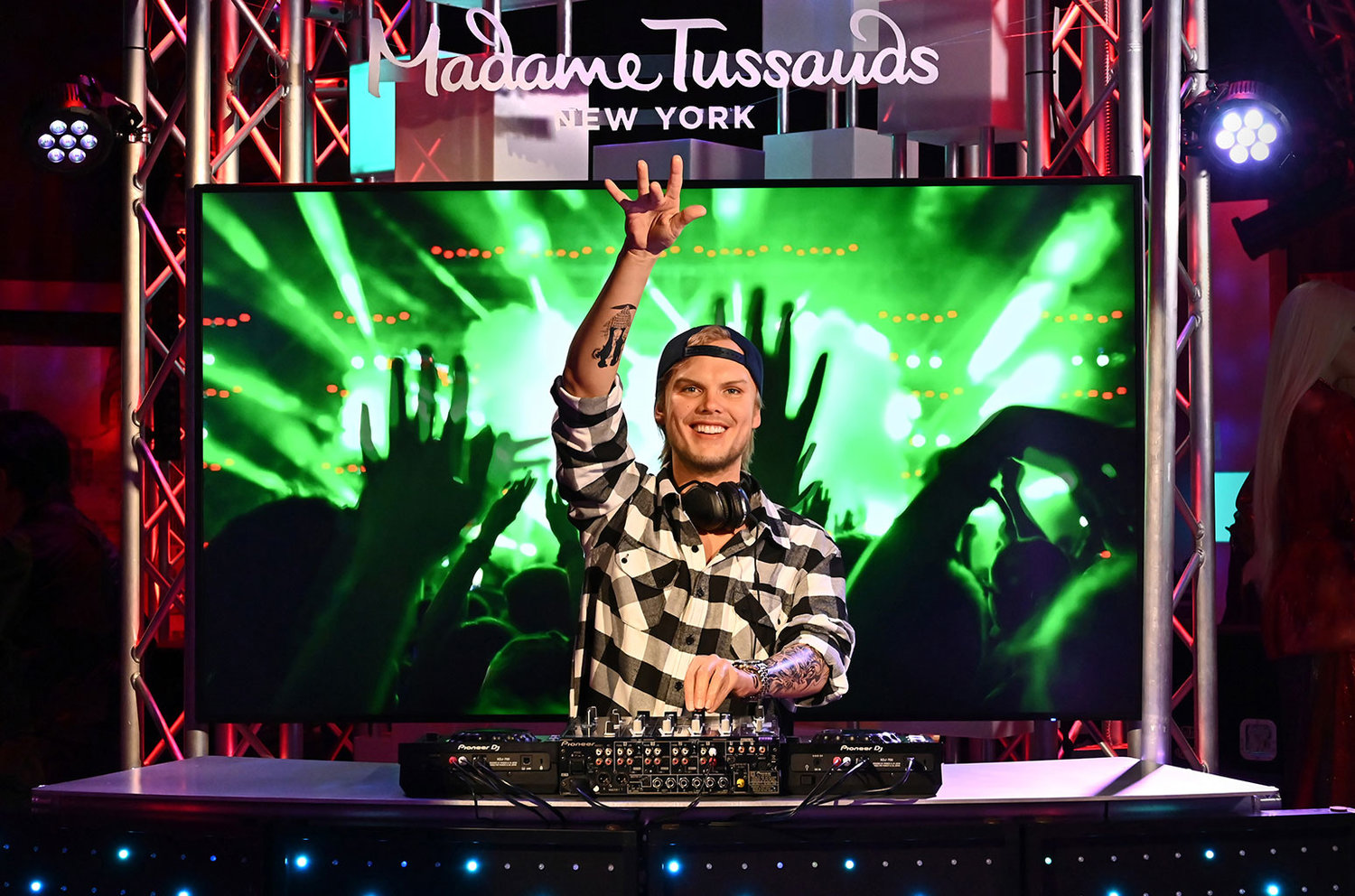 Many dance music artists have received wax figures at Madame Tussauds just over the past two years, including Steve Aoki, Calvin Harris, and Martin Garrix. Now, perhaps the most important wax figure of the year was just revealed at the New York location: Avicii.

Generally, when creating a wax figure, over 200 measurements of the subject are taken in person by a team of 20 people. Obviously, with Avicii, the situation was different. Writes Billboard, “Designers instead studied hours and hours of footage, catching Avicii at as many angles as they could to create the proper dimensions and to really capture the vibrant energy with which the DJ and producer delivered his most memorable performances.”

“We are always looking to create those celebrities who have made a significant impact on their field, and I think that it’s easy to see that Avicii is one of the most iconic musicians of our generation,” says Tom Middleton, general manager of Madame Tussauds NY. “For us, it was the perfect opportunity in conjunction with his family to really celebrate his life and his career and allow guests to relive some of this icon’s most notable performances.”

A lot of input on the figure was provided by parents, Klas Bergling and Anki Lidén, who have been deeply involved in preserving the integrity of their son’s memory. The figure will come with clips and audio from some of his “most iconic shows,” as fans get the opportunity to take selfies.

The exhibit will be open to the public beginning tomorrow, October 8, at Madame Tussauds NY.