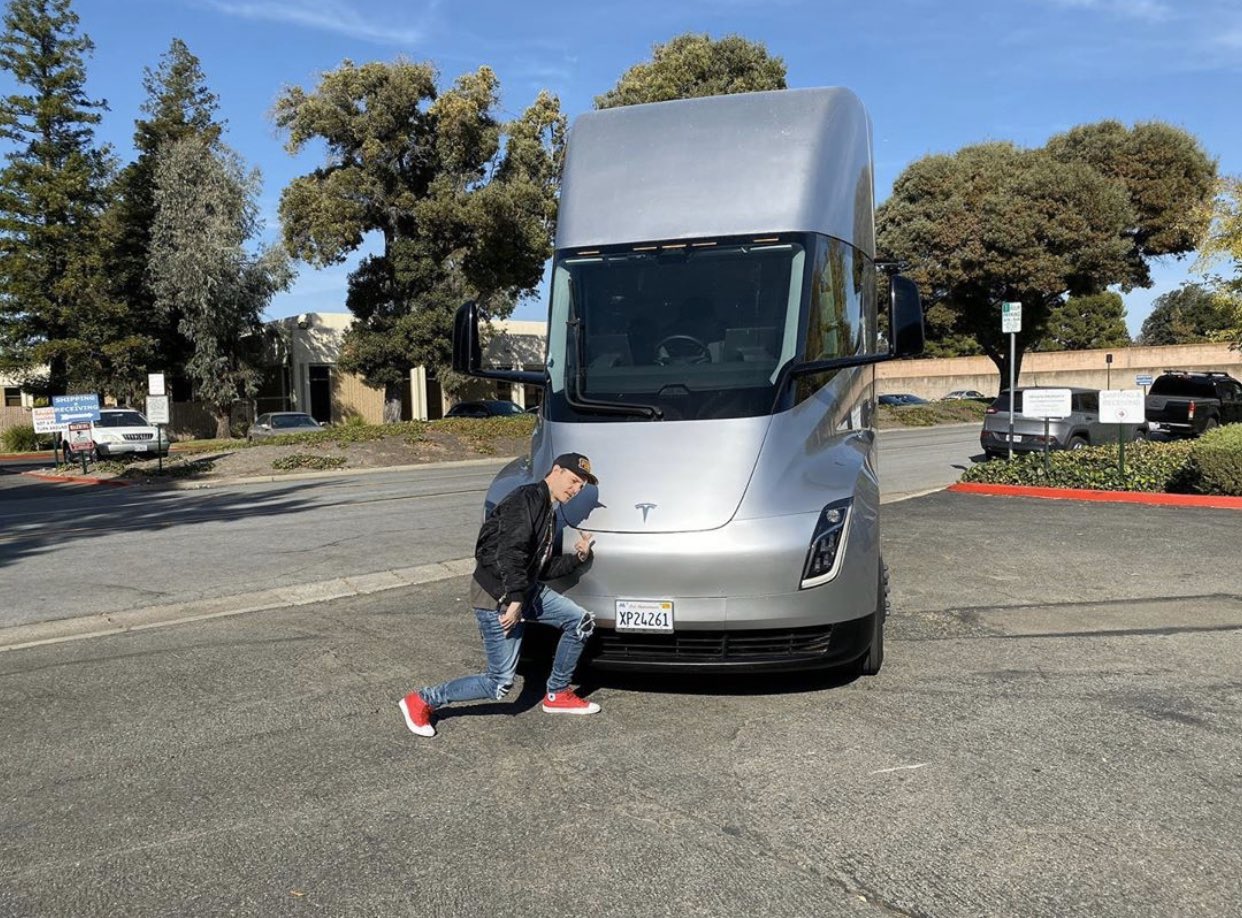 When it comes to technology, deadmau5 is always striving to be ahead of the curve. Between his incredible home studio and gaming set ups and his own Cube v3 stage design, there’s no denying he has the heart of a nerd. Now, he’s looking toward his next ambitious desire: turning a Tesla Semi into a mobile studio for his 2021 tour.

Right now, it’s really nothing more than a pipe dream, as the Tesla Semi was supposed to be released in 2019 but has been delayed to focus on bringing the Model Y to market. But, on the other hand, that also means more time for R&D on the truck.

Writes Electrek, “Last year, CEO Elon Musk said that they found opportunities to extend that range during testing, and he said that the Tesla Semi production version will have closer to 600 miles of range.”

Check out the tweet below — hopefully deadmau5 gets his wish and we see this baby rolling up to venues in 2021!

.@Tesla okay… this thing rips. Count me in for the 2021 tour / mobile studio @elonmusk pic.twitter.com/d67n9fmq2g