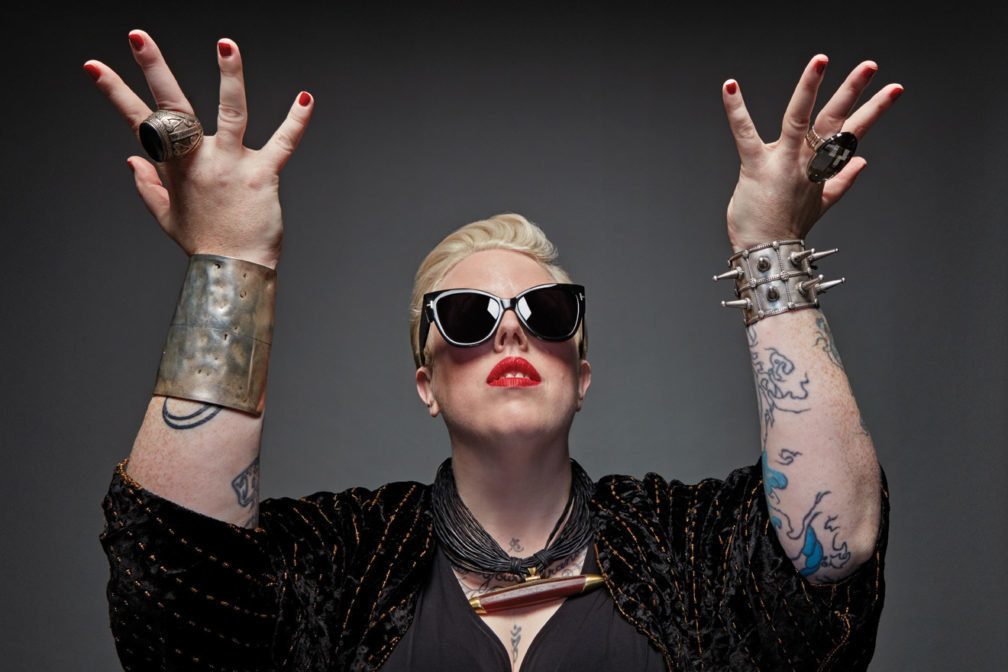 UPDATE: Statement from The Black Madonna

I will not be performing at Intersect Festival due to their relationship with Amazon Web Services who have business ties with ICE and Homeland Security.

The event proposed to me initially was framed as and arts and technology weekender with other artists I deeply respected and with well known and respected production teams. It presented no cause for concern. I was not approached by employees of Amazon. I was never formally or informally advised of any Amazon branding. The offer I accepted did not propose any kind of brand partnership. I am profoundly disappointed that anyone, at any level, in the long chain of people between the offer I saw and the eventual promotion of this event presumed I would. My contract intentionally prohibits that my name or likeness be connected in any way with any form of sponsorship endorsement of any kind including but not limited to commercial and/or political endorsements, without the prior written agreement of myself.

Clearly, I was shocked and hurt when press and promotional materials appeared with my name on an event presented by AWS yesterday. Many of you expressed your disappointment too and you were right to do so. I share it completely and amplify it.

This issue is not just ideological for me, it is a moral and ethical transgression against my work, my faith and most importantly the people I stand with. As a global ambassador for the Help Refugees organization, I raise awareness and donate 100% of my merchandise sales to refugee assistance and personally provide grants to undocumented families fleeing persecution in their home countries.

I am in total solidarity with the demonstrators, workers, other tech laborers, and immigrants and all people of conscience in calling for and end to corporate digital collaboration with US Immigration and Customs Enforcement (ICE) and the Department of Homeland Security.

In our personal and professional lives we all navigate contradictions and unclear lines in a world that makes it very hard to do the right thing. This is especially true in the arts, where independent workers often depend on relationships with brands to pay the bills. I am in a position to say that I will not agree to perform at an AWS branded event. I know that position isn’t an option for all artists. Respect to all of you, in any case.

I was looking forward to the show and I am sorry that I won’t be able to be with all of you for this one. But we will meet again on a dancefloor soon. And in the meanwhile I encourage each one of you reading this to visit the following organizations and learn more about how you can help people living without documents and seeking asylum and human rights around the world.

The Black Madonna has been removed from Amazon’s newly announced Intersect Music Festival after expressing extreme outrage over the booking.

The event sponsored by Amazon Web Services aka AWS has a strong lineup, featuring Foo Fighters, Kacey Musgraves, Beck, Anderson.Paak and more — but The Black Madonna wants absolutely no part of it. According to the superstar DJ, Amazon was never mentioned in any of the paperwork or offers put forth by the third party dealing with the booking.

She claims this festival is not what she — or potentially any of the other artists — signed up for. It’s unclear whether other acts including Gesaffelstein, Flying Lotus, Sophie and Jamie XX were left in the dark about festival affiliations as well.

Amazon, however, tells a much different story in its statement to Pitchfork:

Our affiliation of the Intersect Festival is clear in the contract that was signed by Black Madonna’s management team. “Amazon Web Services” was named in the contract five separate times, and throughout creative materials that were reviewed and approved. Regardless, we’ve decided to release her from her contractual obligation.

It’s obvious The Black Madonna does not wish to be affiliated with Amazon or the company’s forthcoming event, set to take place in Las Vegas this December.

Read her tweets below to get a better scope of her argument and the rest of the matter.

What the fuck is this Amazon shit? I absolutely didn’t agree to this. Oh hell no.

What. The. Fucking Fuck.

My head is going to explode. I’m so furious right now.

It’s on NONE of the offers or paperwork.

If you were shocked I’d play for Amazon, well that makes two of us. Please be patient and while I burn some bridges. Updates soon.

It’s not even mentioned on the offer I received. Why would I ever think someone completely different was doing this as a fully branded thing. It’s ludicrous. People don’t do this.

If I saw this ad then I wouldn’t have known it was the same show. I was booked by completely different people for a show that didn’t yet have a name.

Looking at this I wouldn’t have known it was a show I was on. The promoters that booked me aren’t even mentioned in the art. But don’t let the details get in the way of being a dick to someone that’s absolutely trying to do the right thing here.

By all means don’t wait for any actual information about the thing you’re outraged about. Don’t let the details or truth get in the way of talking shit about something you have zero knowledge of.