A Martin Garrix show during Amsterdam Dance Event (ADE) was plagued once again by pepper spray. Last night, the superstar DJ/producer was performing at RAI Amsterdam when, about 20 minutes into his set, the lachrymatory spray filled the air.

According to a report, 130 people were treated at the event after being pepper sprayed. Some of the party goers may have been robbed during the incident.

“This is extremely annoying,” Tim Boersma, press manager at ADE said (roughly translated). “It’s only been a trend lately. There are more examples of festivals where this is happening. Unfortunately, four times at ADE last year. Unfortunately there are people who abuse the fact that there are many people together. ”

This is especially unfortunate considering the same thing happened during Garrix’s ADE show in 2018.

More on that here.

Last year, Garrix put out a statement following the incident: “I was shocked by the incident last night and I find it incomprehensible that there are people who do this kind of thing. The team is committed to ensuring the safety of all visitors. Last night was one of the most special performances I’ve ever done and I’m really looking forward to this one more time this afternoon.”

Read some comments via the official event page below. 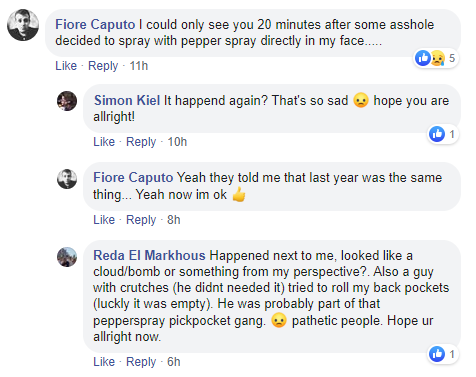