Not EDC, not Ultra, but Djakarta Warehouse in Indonesia has presented one of the strongest lineups of 2019. There’s a lot to be said about the undercard and support in curating a festival lineup, but when you have headlining sets from Calvin Harris and Skrillex and Zedd and Martin Garrix… not much else needs to be said.

Better yet, September’s lineup drop was only Phase 1, and the festival has just announced Phase 2. Joining this already stacked lineup will be Disclosure, Chromeo, Markus Schulz, Salvatore Ganacci, Coone, Yung Bae, and still more to be announced. 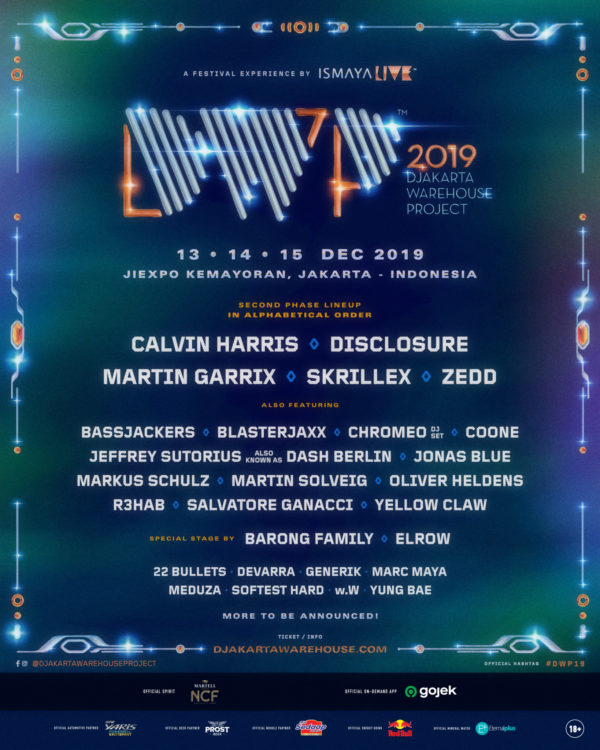 New Artist Profile: Kirrah Amosa Examines the Balance Between Bravery and Self Care in ‘Undefeated’