EDC Orlando has expanded into a full three-day festival this year, running this weekend from November 8-10. Stacked with a giant lineup, more stages and new experiences, EDC Orlando finally gets it much breakout this year.

We published our stage lineup recommendations last week, but now Insomniac has revealed the full schedule and map for this year’s EDC Orlando. As usual, the biggest artists such as deadmau5, Eric Prydz, DJ Snake and Above & Beyond play prime time slots. This year the schedule is stacked to the brim from the opening, with artists such as Arty and ARTBAT playing early sets.

The schedule now includes five stages as well, notably adding the stereoBLOOM stage. The set times themselves are pretty lengthy, with most artists playing at least an hour. Some of the bigger artists, including nearly everyone at neonGARDEN, plays for 90 minutes. Not only did the festival expand to three days, five flagship stages and more land, the schedule itself has grown. That’s a pretty impressive feat.

Speaking of more land, the map shows how much the festival has grown in sheer size. The venue now includes new art pieces and activations, not to mention the five flagship stages and the smaller bonus stages.

Check out the full schedule and map below. We’ll see you in Orlando this weekend! 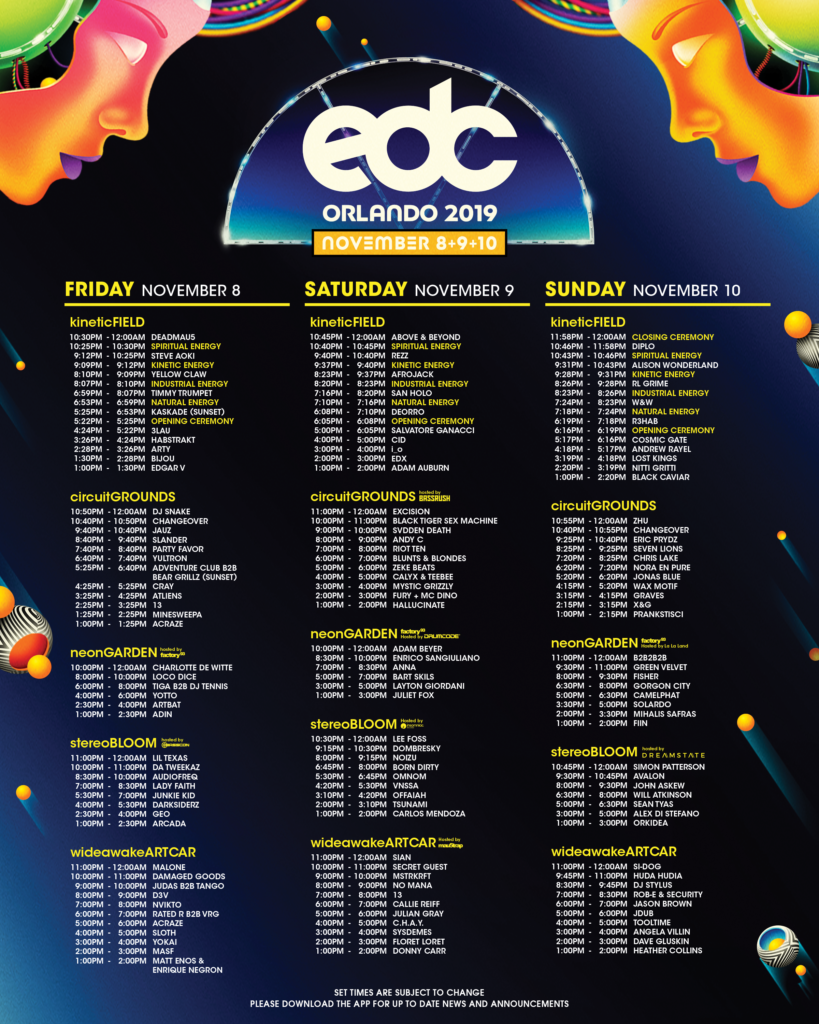 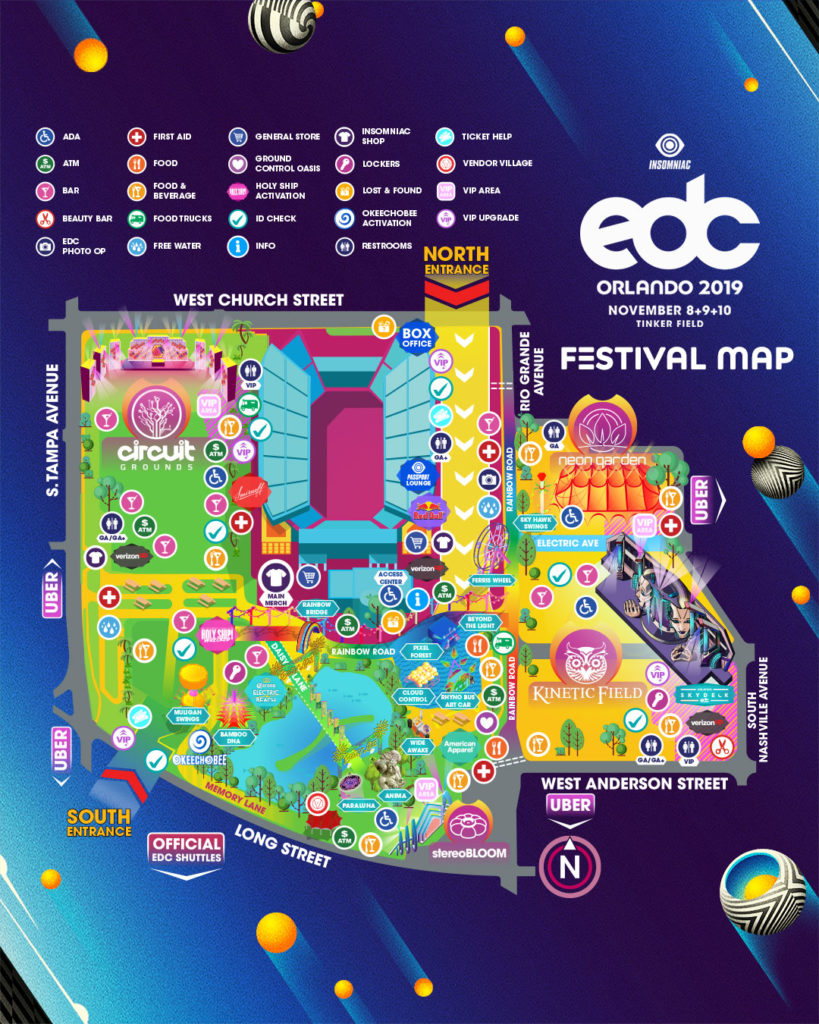