DJ Mag already shared its list of 100 Best Clubs in the world for 2019, but that was all the way back in March. A bit premature for best of the year, no? Thankfully, it isn’t the only club ranking around, as the International Nightlife Association has just released its own list of clubs.

Topping the list this year, as it did last year and the year before that, is Hï Ibiza. Cavali in Dubai moved up three places to claim the second spot, knocking Ushuaia Ibiza down to #3. Ironically, KAOS in Las Vegas was named the #5 club in the world after just opening this year, even though it actually announced its closure earlier this month.

Spain contributed the most venues to the prestigious list with 22 venues, followed by the United States with 21. In third, far behind either first or second is Italy, with just four. The UK, once a cornucopia of prestigious clubs, only amassed three on the list, with Printworks at the top at #12.

See the results of previous years here, and scroll down for the full Top 100 list from 2019. 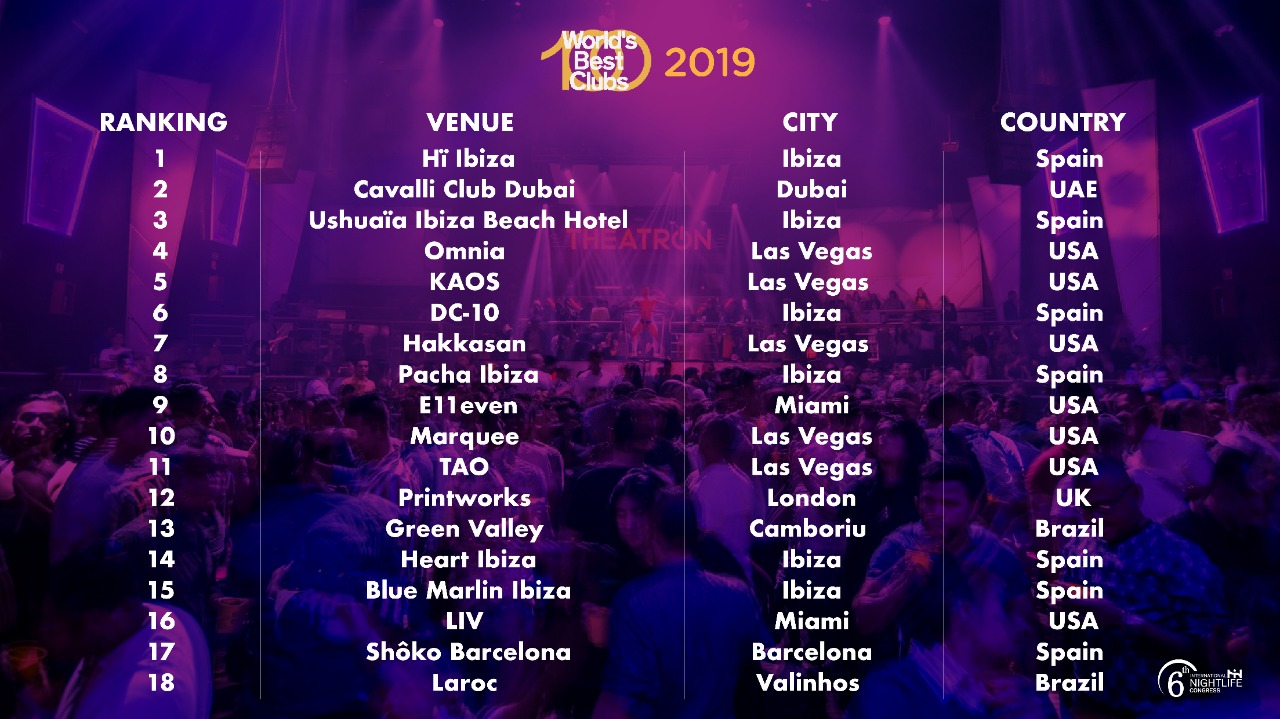 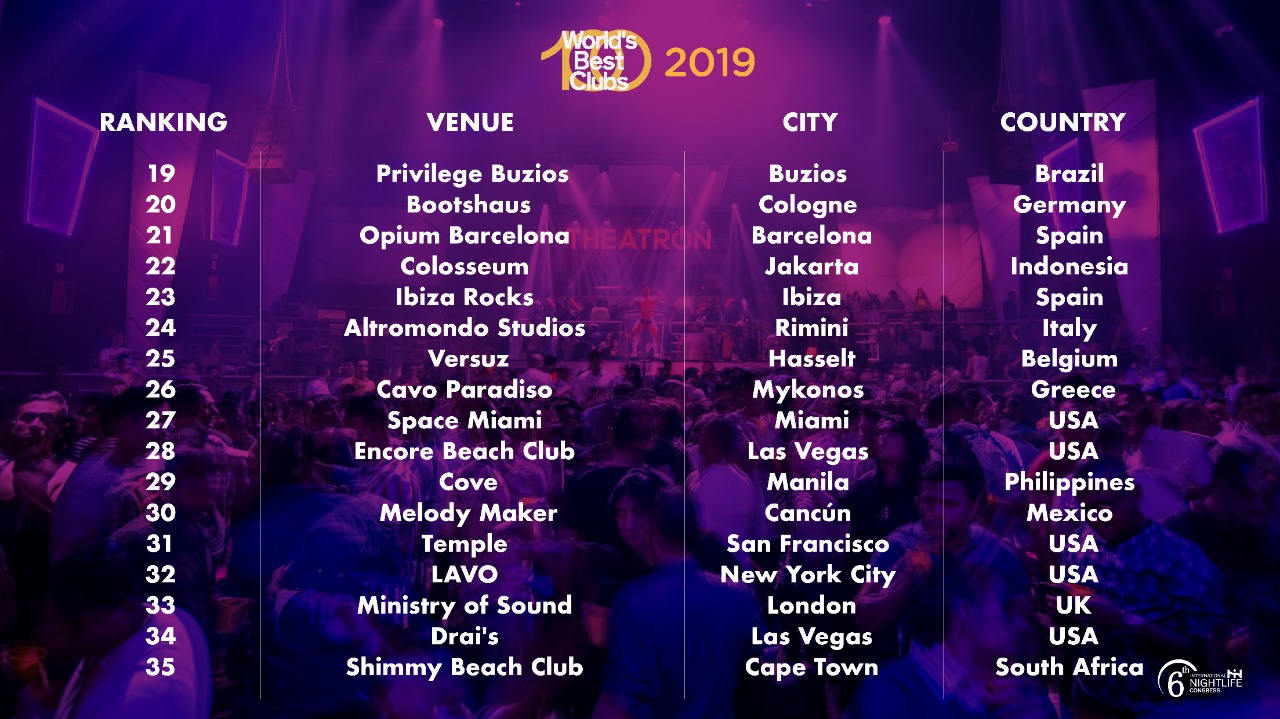 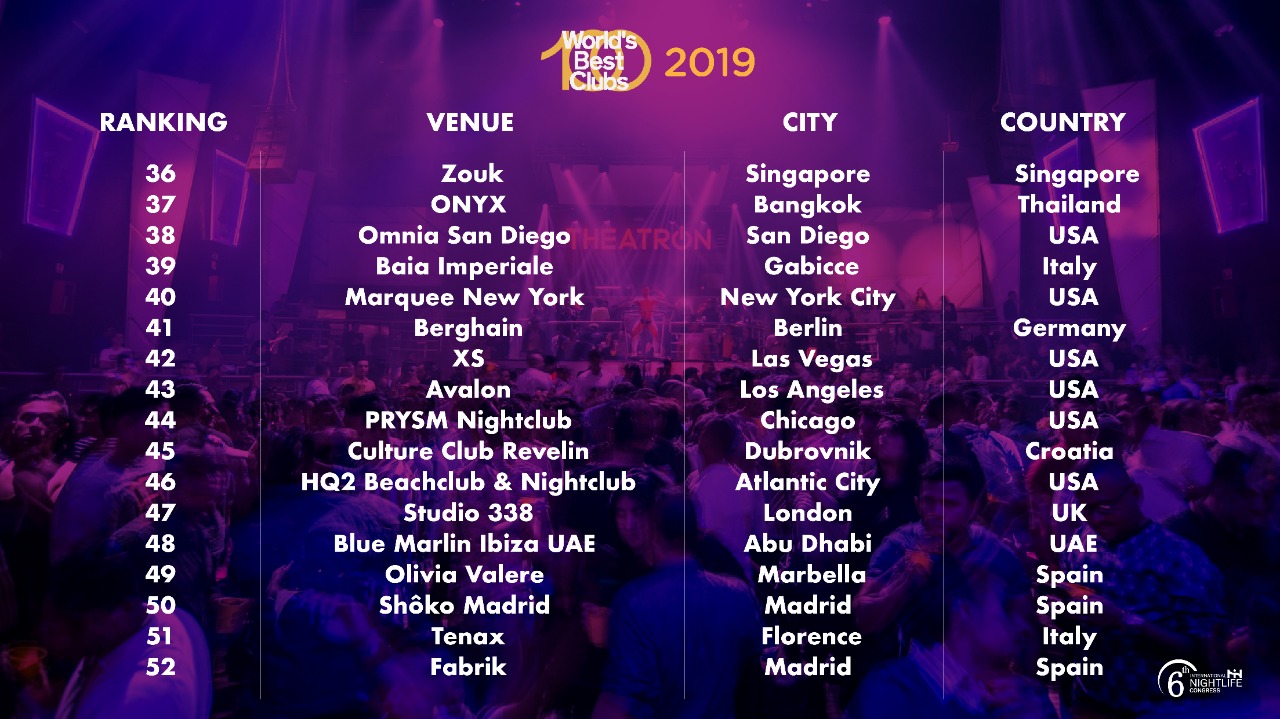 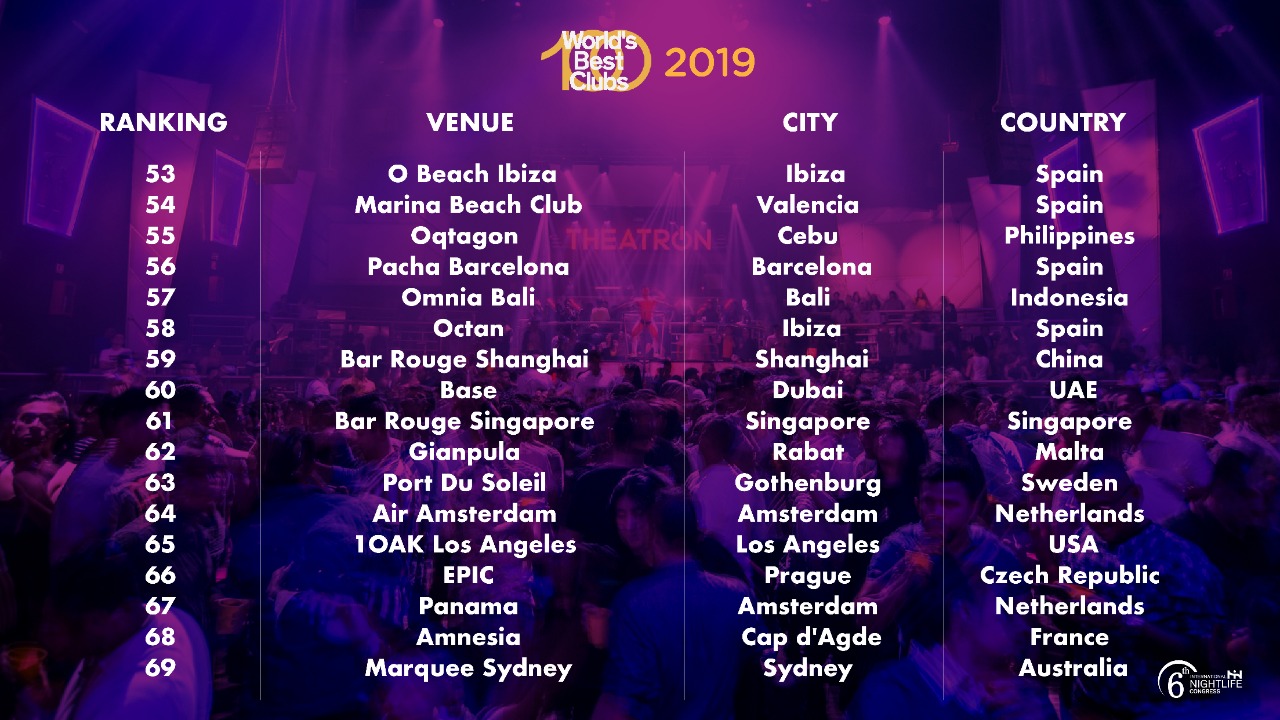 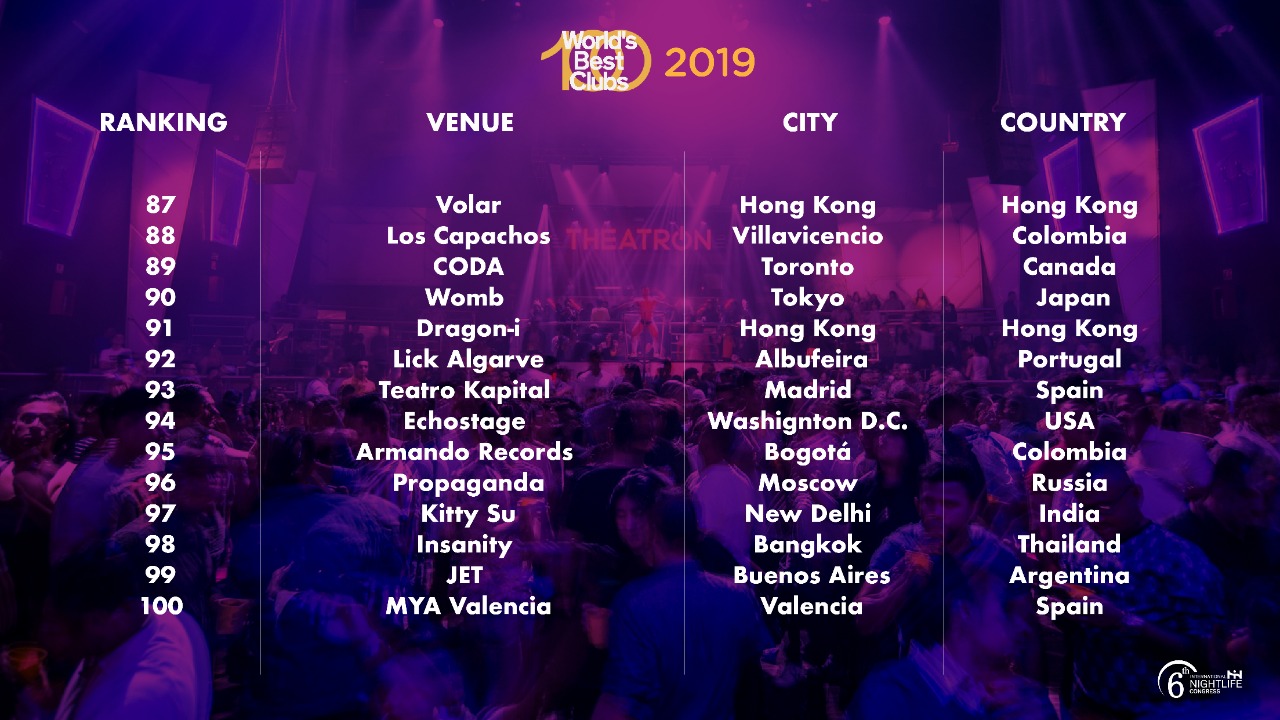