It’s not DJ Mag’s list, but International Nightlife Association have just published their list of the world’s 100 best clubs for the fourth year running. Over 278 venues from 51 countries were nominated for the annual ranking. For the second year in a row, an Ibiza club has won the top spot, swapping last year’s Ushuaïa for this year’s Hï Ibiza – the two clubs are across the street from each other. That being said, Ushuaïa didn’t fall far, still taking the second spot.

The rest of the list is split between various European countries, Los Angeles, Miami, and Las Vegas, and Dubai. Some outliers include Zouk in Singapore, ONYX in Bangkok, Green Valley in Brazil (#4), and Kitty Su in New Delhi.

The highest-ranked US club continues to be OMNIA for the third year running. Others included from the US are Exchange in Los Angeles, E11even in Miami, Space in Miami, and Echostage in Washington, D.C. 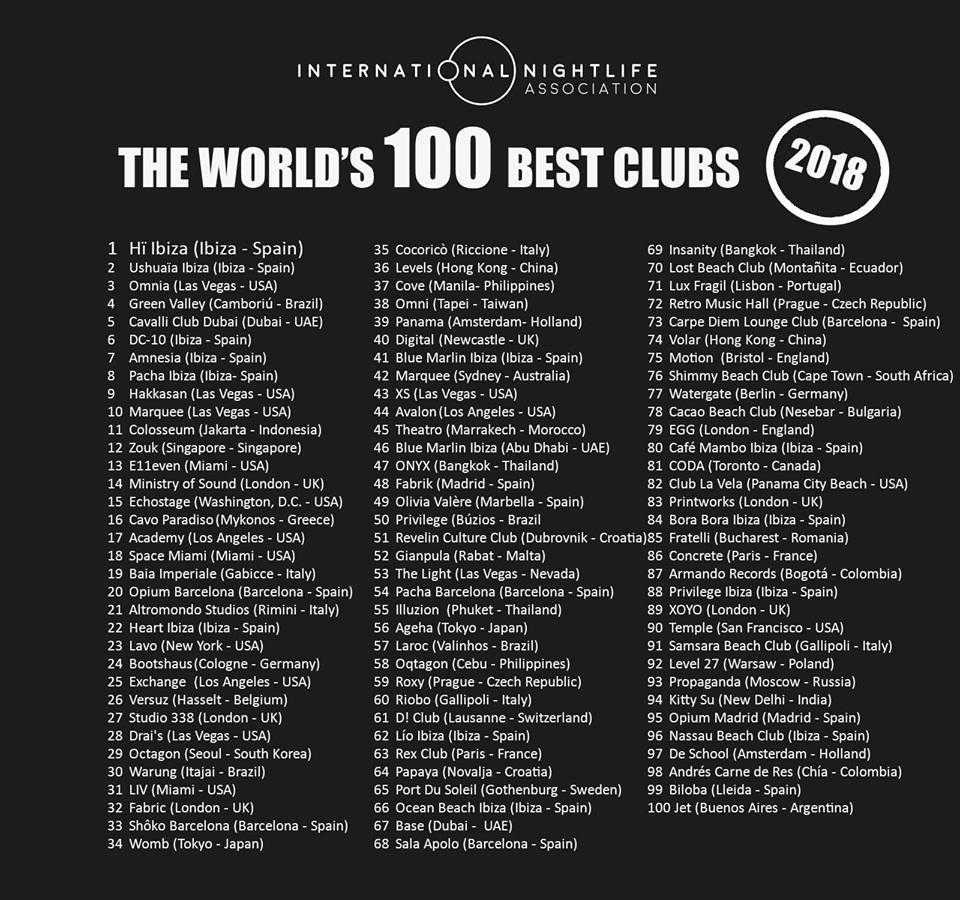 Your EDM Premiere: JUMPA with Muntu & Ilira – Level Up

Your EDM Premiere: JUMPA with Muntu & Ilira - Level Up