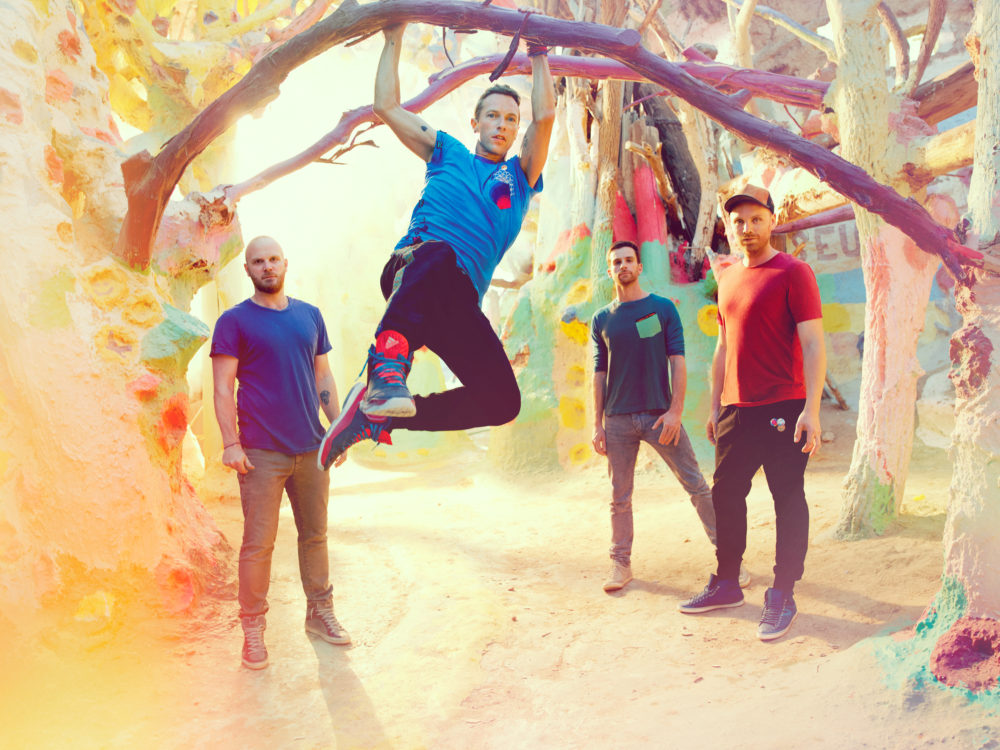 Coldplay are dropping their new album, Everyday Life, at 9pm PST tonight. Unfortunately, those looking to hear the album live anytime soon are in for a disappointment. In order to be more environmentally conscious, the band has made the decision to abstain from touring this album.

“We’re not touring this album,” frontman Chris Martin explained in a new interview with BBC. “We’re taking time over the next year or two, to work out how our tour can not only be sustainable [but] how can it be actively beneficial.”

“Our next tour will be the best possible version of a tour like that environmentally. We would be disappointed if it’s not carbon neutral,” Martin added. “For example, our dream is to have a show with no single use plastic, to have it largely solar powered.”

“We’ve done a lot of big tours at this point. How do we turn it around so it’s no so much taking as giving?”

Right now, the band only has a small handful of gigs currently booked. Writes Consequence of Sound, “Tomorrow, they’ll celebrate the release of Everyday Life by performing a pair of shows in Amman, Jordan. One set will take place in the morning, and the other at night, mirroring the two halves of their double album. Then on November 25th, Coldplay will play an environmental benefit concert at London’s National History Museum.”