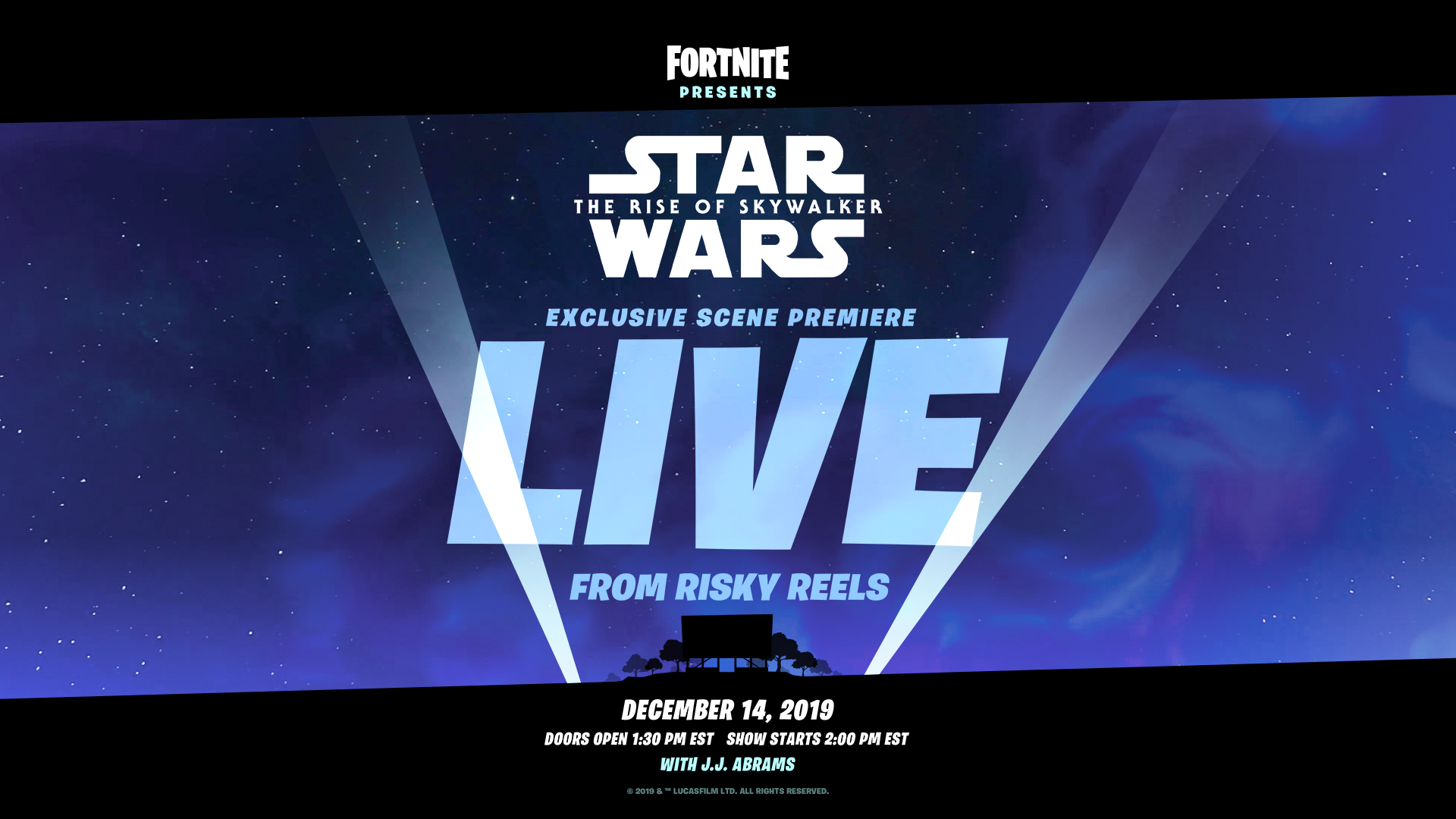 Last year, Marshmello made history by becoming the first artist to ever hold a concert within the virtual world of Fortnite. And then Weezer did it… and then Fortnite announced a physical block party event with performances from Brendon Urie of Panic! At The Disco, Dillon Francis, Kitty Plays, Cray, and more.

Fortnite has become more than just a game, it’s now a media deliverables platform, and that’s really cool to see happen right before our very eyes.

The next brand taking advantage of the game’s tens of millions of active players will be Star Wars. This Saturday, December 14, players will be able to see an exclusive scene premiere from the new Star Wars movie The Rise Of Skywalker out out on the 20th.

You won’t want to miss this 👀 pic.twitter.com/xRD0ynjaJT