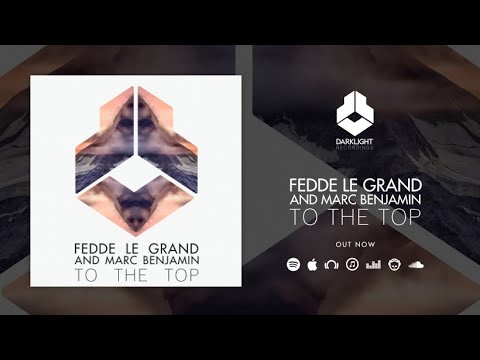 Fedde Le Grand is back with another irresistible tune, “To The Top” with fellow Dutchman Marc Benjamin. “To The Top” is sure to delight Fedde’s biggest fans as it combines all of the best elements of his production style into a true banger! It’s an all purpose track that you can put on whilst driving, hanging out with friends, and of course, in the club.

The track opens with a repeating piano note playing over some light distortion amidst some disco guitars. The vocal sample comes in and before you know it the song gets to the buildup, but not before we get some light cowbell! The drop hits hard with lots of low-end drums, chopped vocals, and the constant refrain to “Keep on pushing to the top.” After the first drop, the second run through the track evokes some strong rave vibes with it’s vibey production. All in all this is a top notch track that takes all of Fedde’s classic styling while being perfect to get down to today.

Check out Fedde Le Grand and Marc Benjamin’s “To The Top” out now on Fedde’s Darklight Recordings.