By now, you’ve seen that Kanye West has been almost universally dropped by every music and fashion institution to which he was attached, after spouting anti-Semetic rhetoric, with adidas finally cutting ties with him yesterday, October 25.

While not directly associated with the artist, The Chainsmokers have said that they are taking steps to remove their song “Kanye” from streaming services.

“Back then, this guy inspired us in so many ways with his music and vision,” they shared in a text Instagram story. “This is just not the same guy we loved and were inspired by which really saddens us. So we are removing our song off streaming sites because it no longer represents the views we once shared.”

The continued, “I hope he gets his shit together and stops with this hate and rhetoric and bullying before it’s too late. But we will not stand for this kind of behavior.”

At time of publishing, “Kanye” is still available on Spotify but it will take some time before it is fully removed from their channels. 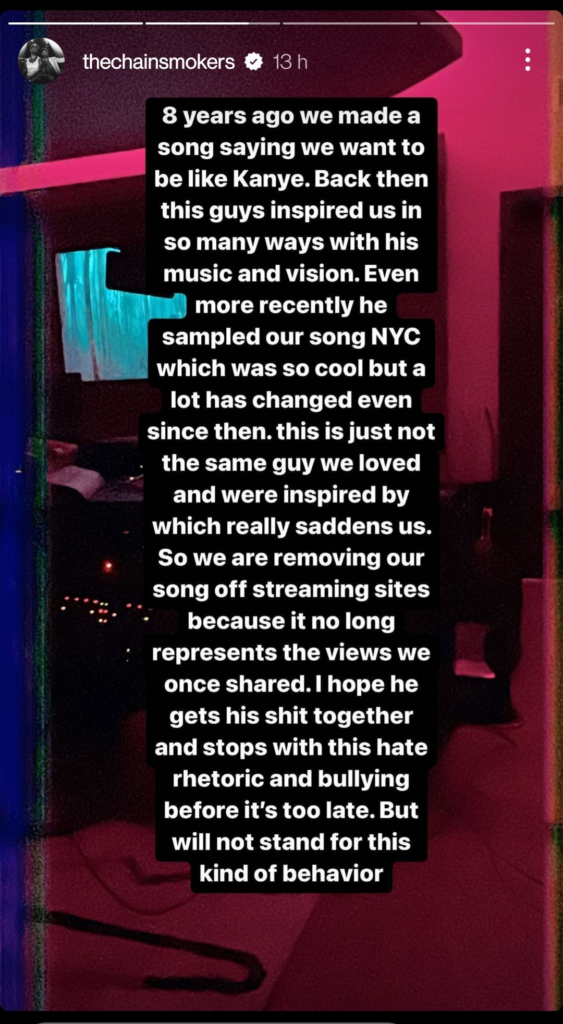