Well it seems that the time of the year has come. The word that has been whispered since fall of 2012 is finally being said by some big names. Festivals! Some of our writers and photographers will be attending some of the biggest name festivals this year, one of them being Euphoria Music Festival 2013 held in New Braunfels, Texas!

That’s right! Our local Texas writer Danny will be down there reporting on all of the festivities! Not to mention even some pictures with some YourEDM fans!

Euphoria Music Festival which in 2012 hit the Texas capital of Austin and left fans mesmerized and in awe! Check out the Official Recap Video down below!

Now that you’ve seen what they have to offer.. Check out the star-studded line up, it’s amazing! 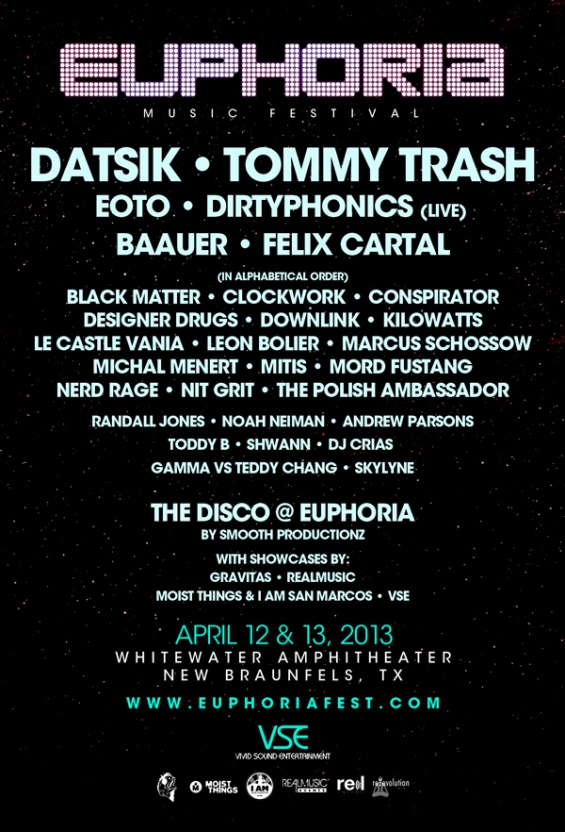 It is difficult to recall the last time so many artists were in one place at the same time in Texas; Truly, everything in Texas is bigger, even the festivals! Held at the legendary Whitewater Amphitheater, the festival will be spacious and will even include camping locations! What more could you ask for!

So… are you going? Tickets are still available, PLUS we are giving away a pair of General Admission tickets!