by Paul Adler
in Featured, Interview

There are many sides to Australian DJ/producer James Frew.  One the one hand, you have one the hottest rising stars in electro house, James Frew, who is slowly but surely putting his name on the map.  His latest release, the Milk Man EP, (released off of Lazy Rich and Hirshee’s notable electro label Big Fish Recordings), garnered plenty of praise and is quickly rising through the Beatport electro house charts.  What people may not know, however, is that this isn’t Mr. Frew’s first foray into the house music scene.  In fact, James Frew has also produced under the alias fRew, and was responsible for several house releases on labels like Onelove, Vacation Records, and Big Fish Recordings–including the hit track “My Heart Stops,” which was remixed by fellow Aussie Tommy Trash.  Indeed, James Frew is a producer whose influences and technique know no bounds, and now he’s on a mission to tear his way up through the electro house ranks–one crunchy bassline at a time.  I got a chance to talk with Mr. Frew about his early musical influences, his history with house music, the reasons behind his rebranding, and where he sees his career heading through 2013 and beyond.  Read on for the full interview.

Your EDM: For those who don’t know you, please tell us a little bit about yourself.
James Frew: I was born, and for now I reside, in Sydney, Australia.  I have greenish blue bedroom eyes,  dark hair, and a medium build.  Holding hands and long walks on the beach are things I most enjoy…kidding!   I’m just a guy who loves making music.  I value my family and friends.  I’m into travelling the globe, experiencing foreign culture, looking at well-designed homes (Ed. It’s true, his Facebook feed is full of some crazy pictures!), keeping fit, eating amazing food, spending summer studio lunch breaks on my local beach, and getting my social on.

Your EDM: Tell us about your musical background.  Did you play any instruments or perform in any other styles of music in your youth?  What led you to the world of house music?
James Frew: My parents took me to piano lessons when I was super young, I also chose music as a subject at school.  Being a bit of a trouble maker I never applied myself.  To my teachers surprise, I always did very well in the exams although I never took any of it seriously.  It wasn’t til I started getting into dance music around age 15 just through exploration.  Using Napster, I had access to live DJ sets and then began buying CD compilations of trance and high-energy house music, which then lead me to rave parties.
I moved from listening to house, to drum & bass.  I linked up with two friends and created a club night called “Lost in Jungle.”  This happened once a month at a venue (now closed) in Sydney called “The Globe”.  I began MCing over the tunes then moved on to production and finally got some Technics turntables and began DJing at our events and others.  I spent some time in London, then traveled a little over Europe and found myself in Barcelona, Spain.  We went out to the “Cat Walk Club,” which was where I first heard electro house.  The one tune I can still remember was “Tomas Andersson – Washing Up (Tiga Remix).”  I was like: “What the f**k is this bassline-driven house music?”
James Frew – Booby Trap (Original Mix)
[audio https://www.youredm.com/wp-content/uploads/2013/02/02-Booby-Trap-Original-Mix.mp3]
Your EDM: When did you first start producing house music, and what was the first track you created?
James Frew: After London I got back to Sydney, and my homie Bass Kleph was starting a label called “Vacation Records.”  The first house track I created was “Shake With It” which was released in 2007 on the label under the alias “fRew”.  It’s funny because when I first started on Reason (my production software) like two years before that.  The “Shake With It” melody was the very first thing I ever wrote.  To me it’s funny that after all those years, that melody came back to me and was my first release!
Your EDM: Tell us about your production style.  How do you view your creative process, and are there any particular elements you like to include in your tracks?

James Frew: I love bass-driven house music.  Crunchy, dirty tones and leads that have a vintage and yet futuristic feel.   I try to keep my ideas simple but at times I can get carried away.   I normally start a track with a drum loop followed by the drop of the track, then work up to the breakdown.  Then it all just evolves from there–certain bits of the break could work for the drop, and vice versa.  To me, the process is to expect the unexpected.  It’s rare that I have a firm idea for a tune and lay it out.  I lose track of time and try to create something that makes me feel satisfied!

James Frew – Lord of the Pies (Original Mix)
[audio https://www.youredm.com/wp-content/uploads/2013/02/03-Lord-of-the-Pies-Original-Mix.mp3]
Your EDM: It’s thrown around a lot, but one word I’d use to describe your new “Milk Man EP” is MASSIVE.  In those three tracks are some of the deepest, most well-designed basslines electro house has seen in quite some time.  If you don’t mind, what are some techniques you use in the studio to get such depth out of your sound–especially with your bass?
James Frew: I love distortion…stacking sounds plays a big role.   I have various plug-ins that I chain in combinations.  NI (Native Instruments) Guitar Rig, Sugar Bytes Wow, Dada Life’s Sausage Fattener, Faturator…even Ableton’s saturator works well!   I sit on the computer until a tone excites me, and then I run with it!  There’s no real method to the madness–I just search until I can find something unique.
Your EDM: You produced under the alias “fRew” for many years, and had some notable tracks including “No Ghosts” and “My Heart Stops.”  Now you’re embarking on a new stage in your career with the creation of a new alias.  What led you to this decision, and where do you hope to take the “James Frew” sound going forward?
James Frew: Over the years I’ve experimented with a wide variety of styles.  Being mostly self-taught, I’ve been attracted to creating different genres or styles, because getting my hands dirty that way is the best way I can learn how things work.  So whether it’s been emphasizing melody, lyrics, groove, rhythm, or song structures, I’ve felt the need to explore it all.  I kinda reached a point under  “fRew” where I felt like it took too many turns and lost consistency in my releases.  In LA last April, I was chatting to a friend Julie Kim who works for DeckStar Artist Management .  It was actually her suggestion that I use my full name and rebrand myself.  Personally I needed a fresh start, and I loved the suggestion.  So I took the steps and rolled with it!
Your EDM: You’re not the first notable DJ/producer to rebrand or launch a new alias: Wolfgang Gartner did it, as did Frederik Olufsen and Jordy Lishious.  When, do you think, is it appropriate for an artist to change gears and begin again under a new alias?

James Frew: I guess it really depends on the individual/s.  If you’re happy with your brand perception then there would be no need to.  It’s important to create identity and separation for what you stand for as an artist.  But if you’re not happy with it, then yeah…why not shift gears?  At the end of the day I can’t answer for other people’s reasons behind it.  I do know firsthand that rebranding means completely starting over.  You have to reintroduce yourself and basically rebuild everything from the ground up.

Your EDM: Tell us about some of your recent touring exploits.  Any notable gigs recently?  Also, do you have any plans to tour in North America in the future?
James Frew: I’ve been back and forth between LA, Vegas, and Sydney for roughly the last two years to help understand the country more.  I’d love to relocate, so It’s been difficult trying to maintain a consistent presence on the DJ circuit here in Oz.  Since I’ve had my sights set on moving to the USA I’ve had to make temporary sacrifices to bring it closer to fruition.  I’m gearing up for mid-March where my shows in Australia get rolling again.  In saying that, I’ve have had some great shows at “Chinese Laundry” and “Soho” in Sydney, and at “Family” up in Brisbane the last six months.  I’ve also been lucky enough to play in Japan, South Korea, New Zealand, and all over Australia.   Of course I would love to tour the USA eventually.  Right now it’s one step at a time.
Your EDM: You launched your most recent release off of noted label Big Fish Recordings, run by electro titans Hirshee and Lazy Rich.  How did it feel to get your EP backed by such respected figures in the scene?  And speaking of which, I have to ask–do you have any remixes/collabs coming up with any artists we know?
James Frew: It felt great!  Actually I have known Rich and Hirshee for a couple of years now. We hung out in Vancouver and I caught up with Rich again when he was on tour in Australia.  Both are really great guys with bucket loads of talent.   I felt Big Fish would be a great way to reintroduce myself into the electro house world, and I’m happy the guys were feeling the tracks.  I’ve got a collab called “Gum” with Bass Kleph coming up, two originals “Aqua Frost” and “Depth” completed, and I’m working on finishing up a handful of solid original ideas which I’m SUPER pumped about!  Actually a heads up: “Aqua Frost” is included my latest DJ mix for those interested on hearing what’s coming up (https://soundcloud.com/jamesfrewmusic/shapes-and-sizes-dj-mix).  Also included are “Booby Trap” and “Milk Man” from the EP.  I’ve just remixed Dave Winnels latest single “Draw Your Guns” too, featuring the genius of Sherry St. Germain so check that out on Beatport. 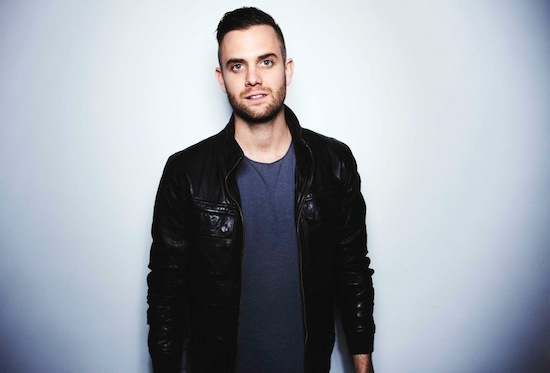 Your EDM: What can we expect out of James Frew in 2013?
James Frew: I’m just focused on creating new music that I hope connects with people, so I’ll just be delivering on that.
Your EDM: Lastly, feel free to make any plugs/announcements to our readers.
James Frew: Big ups to Your EDM and the readers for supporting my cause and creating a great music blog.  Shouts out to Rich & Hirshee at Big Fish,  Tom Olsen, Stu Tyson, Chris Arnott, Dave Winnel, Sherry St.G, Trent Shaw, Sece, JK47, Matt & Chris Stafford, Chris Lake, Jason Herd, John Glover, Implex, Nukes, Raye, Wal & Baby Gee.
_____
Thanks to James Frew for an entertaining interview.  Make sure to stay up to date with James through his Facebook, Soundcloud, and Twitter.  Check out his tracks on Beatport.  And as always, for all the latest on news, tracks, events, and commentary, keep it tuned to Your EDM.
Tags: electro housefeaturedfrewhirsheehouseinterviewjames frewlazy richmilk mantommy trash
Previous Post