Just a few weeks ago ID&T broke the news of Tomorrowland‘s global expansion and announced that the TomorrowWorld festival would be expanding past the Boom, Belgium location, hitting the United States this year in late September. Shortly after the announcement, EDMSnob leaked on Twitter that the festival would be touching down just outside of Atlanta, GA. That was the only evidence pointing to Atlanta though, until now. Popular DJ tracking service Bandsintown released that trance DJ Shogun would be performing at the festival on September 27 and slated the location as Atlanta, GA. The Bandsintown listing has since been taken down but luckily there is a screenshot that captures the information. Still, it is possible that this was an error, but with this new leak it is looking more and more likely that Atlanta will be where the festival takes place. 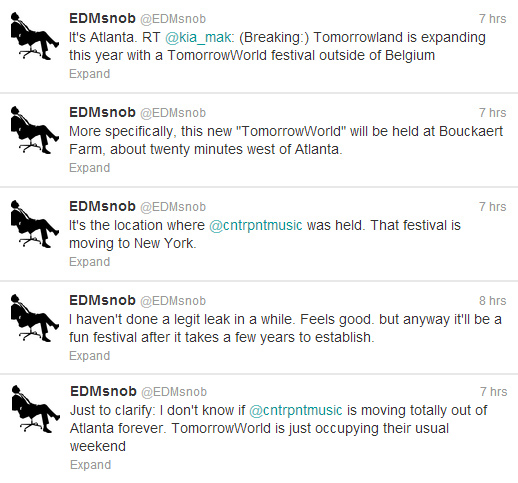 Thanks to DA for breaking the news.