March 16th marked an important date for the rising Dutch house act Disfunktion.  On this night, the duo, comprised of Barteld Frech and Mike Tielemans, made their New York City debut as they headlined a special Electric Beach event at Santos Party House.  In the midst of a heavy touring schedule, the duo made this special trip up to the Big Apple in the middle of a full lineup of gigs down in Miami–and they did not disappoint.  In true New York fashion, the show lasted almost until sunrise, going from 11 PM to 4 AM.  Opening up the night’s festivities was New York-based DJ Zack Edward, whose set was an eclectic mix of older classics and modern peak-time anthems.  Overall, Zack Edward played a stellar opening set, drove up the energy level, and seamlessly paved the way for the headlining event.

Disfunktion, who had played down in Miami at the Perfecto Pool Party that same afternoon(!), was up next and did not waste any time establishing their signature house flavor.  There was no jet lag here: Bart and Mike had only flown into New York from Miami a few hours ago, and didn’t reach the venue until after midnight.   Yet amazingly, they were already in full party mode, and eager to throw down some fire for the energetic Santos crowd.  I had the privilege to share a couple beers with Bart and Mike before the set, and we discussed their crazy schedule (30 straight hours of touring and traveling), as well as their excitement for their New York debut.  Then it was time for the show. 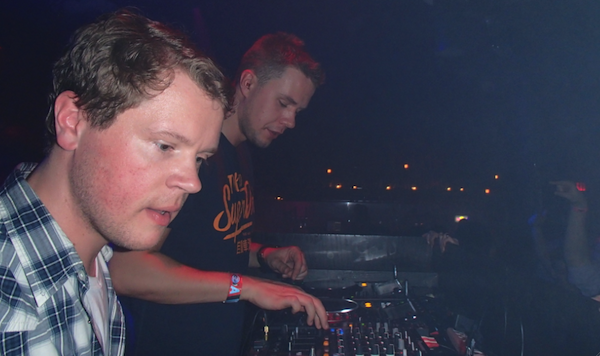 In a perfectly-fitting opening to their set, Disfunktion let the NYC crowd know what they were in for with a tremendous track, Jewelz & Scott Sparks’ groovy NYMSN (New York Make Some Noise).  This brought the energy level up and set the tone for the rest of the show.  (It also wasn’t the only shout out to the Big Apple that night, as they later threw down Firebeatz’s massive “Dear New York” too–which the crowd went crazy for.)  The duo mixed in notable club anthems–like John Dahlback’s “Comet” and DallasK’s “Vice”–with their own self-created bootlegs.  Disfunktion are the masters of the peak-time mashup, and played some of their latest creations.  Their “Hey April” mashup of Syn Cole’s “April” and Showtek & Bassjackers’ “Hey” stirred the floor into the frenzy.  They also killed it with their rare bootleg that combines Disfunktion’s own track “Goodbye Miami” with the vocals from Swedish House Mafia’s “Save The World.” This one absolutely brought the floor to their feet.

The duo went hard for three hours, playing until the end of their 4 AM time slot.  The New York crowd got a taste of some real Dutch house, and seemed to respond most to the big-room, vocal tracks that Disfunktion threw on.  No matter what, Bart and Mike definitely made a solid impression with the crowd, and seemed to be digging the atmosphere just as much as the clubgoers did.  It was a fantastic night at Santos Party House, with the venue providing an energetic yet intimate setting for the city to experience one of the hottest rising house acts in the world. 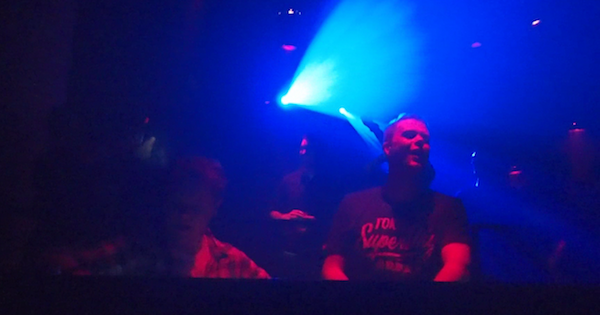 All in all, it was an incredibly entertaining night in one of the true meccas of the American house scene.  Disfunktion made their New York City debut in style, with a peak-time set that rocketed the energy of Santos Party House into the stratosphere.  The seamless big-room set jived perfectly with the Manhattan crowd, and it seemed that New York will definitely want Disfunktion back. After the show, at 4 AM (and after a full day of traveling), Bart and Mike took the time to meet with numerous fans, take pictures, and chat.  In addition to being excellent musicians, these two guys are also some of the kindest, most genuine people I’ve ever met in the EDM scene.  It was great to see their show, and even greater that we got the chance to see a real fun side of the duo. 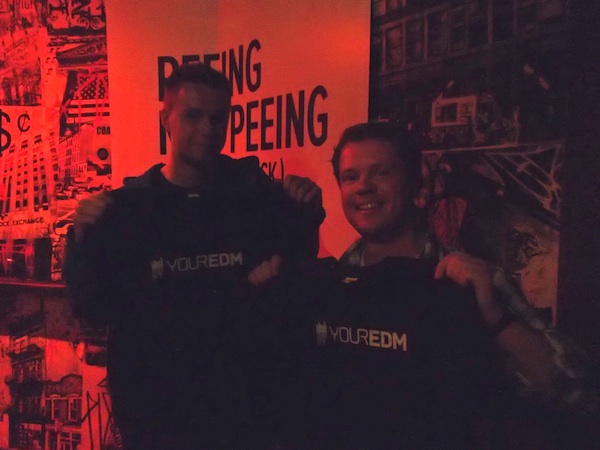 I highly recommend seeing Disfunktion live, and Santos Party House is one of the more uniquely fun venues I’ve been to.  All things considered, it was a great night–and a hell of a way to make a debut in one of the greatest cities in the world.