Sultan and Ned Shepard are no strangers to Chicago. Just a few months ago, they visited the MID during their Road to Ultra tour with Fedde Le Grand. Last summer, they delivered one of the best sets at Chicago’s inaugural Wavefront Music Festival. And on Friday, May 10th, the duo made their debut performance at Palladium at Castle Chicago. Turns out it’s not just the deep dish pizza that draws them to the Windy City.

“I think we’ve progressively built our fanbase out of Chicago…we’ve seen that over the years. We have so many friends here that we’ve met, so it’s always nice to come back.” Sultan begins.

“This is the first city that we actually played together in…like 5 or 6 years ago,” Ned elaborates. “The first show we played together was really cool because we actually started our label around the very same time, and our very first track that we put out, we called it ‘Eye Spy’ and we named it after SpyBar.”

If you missed this month’s show at Palladium, you have a chance to redeem yourself. The two will take the stage at Wavefront this July for a second time, but this time they may be a bit more scantily clad. It turns out they have a thing for bets, and their latest wager involves Sultan wearing a sexy little speedo up on stage during their set. The subject of the bet remains a mystery, but I will be sure to snag a front row spot for that performance!

So just what led to their decision to spend another Fourth of July weekend at Wavefront?

“The beach is definitely the biggest part of the appeal, and the diversity of the lineup. At some festivals it’s just one sound, and you get one type of crowd. The cool thing is that it’s a mix, so the crowd was a mix and that made it really awesome,” Ned explains.

“We had a great time after we finished playing too. We went to the other stages and started dancing. It was cool to be a part of the whole festival…You can just chill out and do whatever you want,” Sultan adds.

If I had to choose a crew of people to be stranded with on a desert island, Sultan and Ned would be at the top of my guestlist. Not just because they love Jameson and speedos, but because of their infectious positive energy and laidback attitude. And their love of 90’s music. Fedde…and their Road to Ultra bus driver…can attest that these two know how to have a good time.

“We did the bus tour with Fedde where we were gone for about 2 weeks, I feel like tons of shit happened. Fedde’s great, really just a good, quality guy and really talented. We get along super well… We have a lot of good stories about our tour manager…and the bus driver. The last night he was done, so he came out to the show in Houston and he just got wasted. Rightfully so! He literally took all the CO2 guns up on stage and was spraying them and then he disappeared. We ended up going back to the bus, and he was passed out in the middle of the bus,” the two crack up as they retell the story. 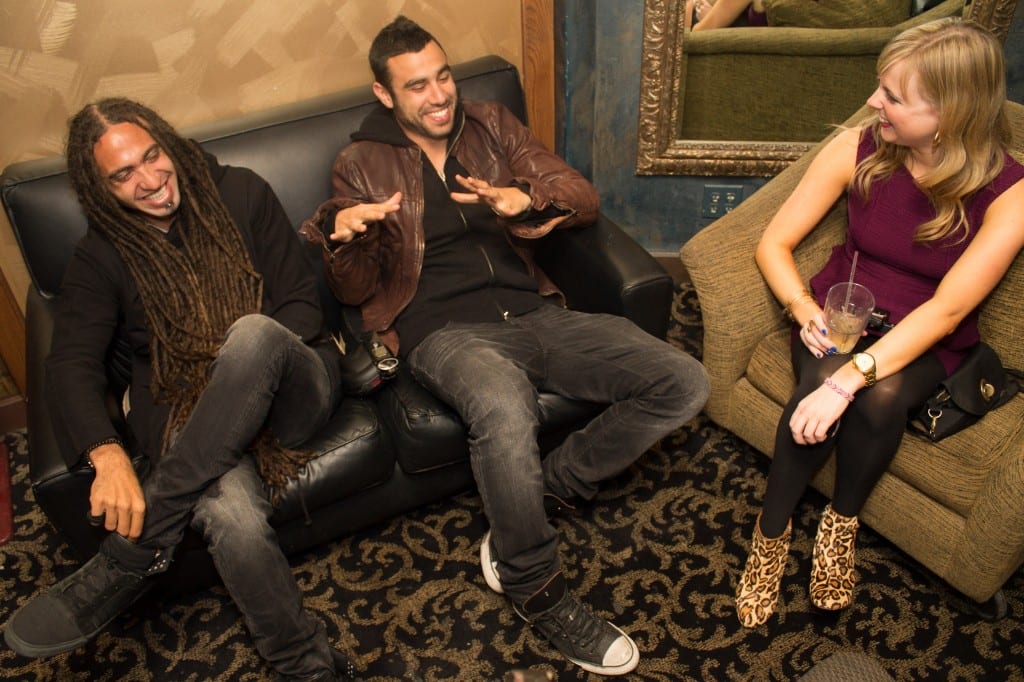 But think twice before you label Sultan and Ned as bet-making, party animals. We soon learn that Sultan was in a 2004 documentary called “Being Osama,” which told the story of six men in Montreal (all named ‘Osama’) and examined how their lives changed post-9/11. While discussing the documentary, the subject of religion comes up.

“We’ve always had this thing going on,” Sultan explains. “Ned’s Jewish, I’m Arab Christian Palestinian originally, so we have this whole dynamic – this political thing going on. There’s this whole political angle that we have that’s really interesting that we get into so many conversations about and talk about. And then my family visiting his family being a Jewish family, his family visiting my family in the Arab culture. There’s so much dynamic there, it’s really fascinating.”

Now there’s a documentary I would add to the top of my Netflix queue in heartbeat.

Aside from a busy tour schedule, Sultan and Ned have a lot of projects and collaborations in the works including a new record on Hardwell’s label scheduled to be released on June 4th as well as another record with Fedde called “No Good” that should be released on Spinnin’ Records in July. Wavefront-goers may also have the privilege of hearing their new collaboration with Tegan & Sara, which they’re aiming to finish before Wavefront. And when looking for inspiration for new tracks, Sultan and Ned almost always look outside of the EDM genre for ideas.

“We love listening to music day and night. And if we’re not in the studio, we’re not listening to dance music. We listen to everything else but dance music. Ned’s a huge vinyl collector, he’s always out there finding new bands and getting the latest music. He’s always introducing me to new stuff,” Sultan tells us.

When discussing the production process, Ned describes how their sets and tracks come together.

“The road is great for doing edits, which we do a lot of for our sets just to have stuff that people don’t have. We always try to make our sets something unique to us. But most of the production happens in our studio. It’s just where we’re comfortable. We grew up like that.”

Not only do Sultan and Ned work and tour together, but they recently relocated from Montreal to LA and moved into a new place together. While that type of partnership would drive most people mad, it couldn’t seem to work better for these guys.

“We’re just honest with each other… I think that’s kind of how it is. You’ve got to be straight up with the people who you work with. When you do music and when you tour, it’s important that it all be genuine. You can’t be in a Depeche Mode situation, where you have separate dressing rooms and you fight, and then you get on stage and you’re supposed to play the show. That would be fucking weird. I think the fact that we’re super tight and we’re like brothers, that shows when we play. We’re just hanging out.” Ned explains.

If you’ve seen Sultan and Ned perform together, that respect and brotherly bond is impossible not to pick up on and always makes for an awesome show. 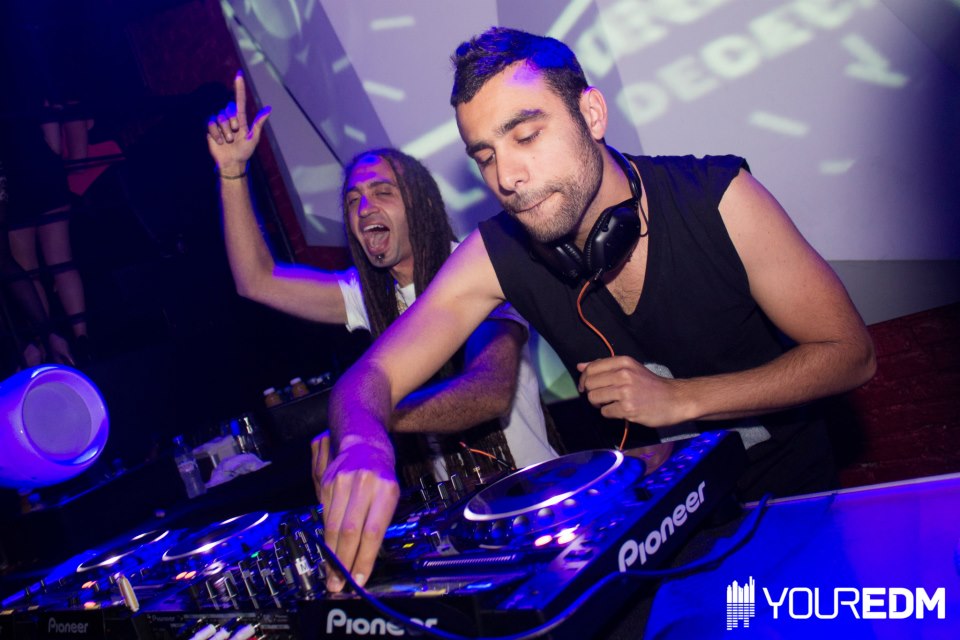 Above & Beyond Take Will.i.am to Group Therapy

Above & Beyond Take Will.i.am to Group Therapy