by Shorne Stevens
in EDM News

David Guetta and his big game lawyer have fired back at Wunderground (aka “the dance music version of The Onion”). Originally taking aim at the massive pop star DJ using a parody article entailing the details of a recent stint in Paris that ended rather abrupt. As described, Guetta accidentally pressed play on the CDJ containing his self help CD for chorophobia (aka fear of dancing), and was forced to rapidly flee the scene. They even went as far as quoting David, “Ironically with no-one dancing it probably would have been one of my shows that I would have actually enjoyed.”

The original article contains countless hints and what seemed to be obvious signs of a tabloid parody, alongside some equally ridiculous article titles like “Calvin Harris to open used ladies underwear store” and “mcdonalds launch an ectasy themed happy meal”.

Reading the hilarious but obvious joke within the first hour of it going live, I personally disregarded it as anything of worthy note and didn’t mention it to any sort of colleague in the industry. Coco.fm mistakingly took the article for truth and virtually reposted word for word to their gullible audience this completely satirical dirty news article.

David Guetta’s rise to the EDM pop pedestal has without doubt opened him up for a wide range of attacks, the most persistent over the last two years being the question of him performing using pre-recorded mixes for live sets. While there is no real evidence proving that Guetta has done so, Frankie Knuckles took this opportunity to speak his mind on the perception many of us have about the DJ.

Some investigation into the Facebook page used to create this comment leads to believe this is in fact his true personal page, but take it with a grain of salt.

Following this absurd amount of media coverage during the most important time of the year for a DJ, voting time for DJ Mag Top 100, David’s legal team sent this email insurgence to Wunderground asking for immediate removal of all related content. 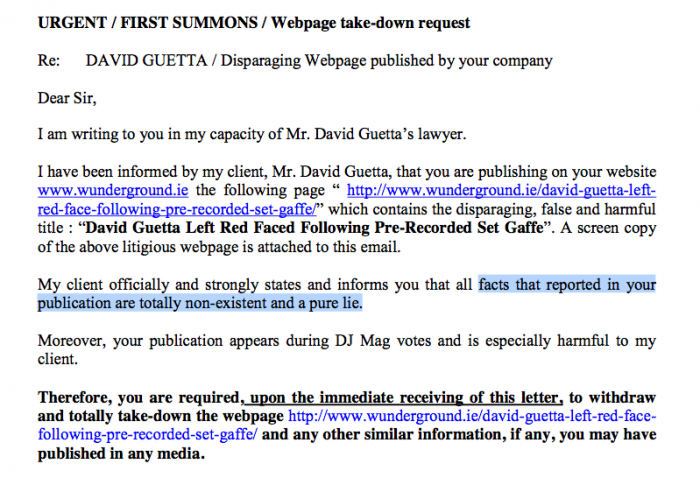 Not allowing themselves to be governed by the DJ tyrant, Wunderground refuses to remove the article and swiftly respond back. Its pretty extensive but oh so worth reading every last sentence. A comedy writer whom also understands legal matters is not something you get to enjoy everyday. 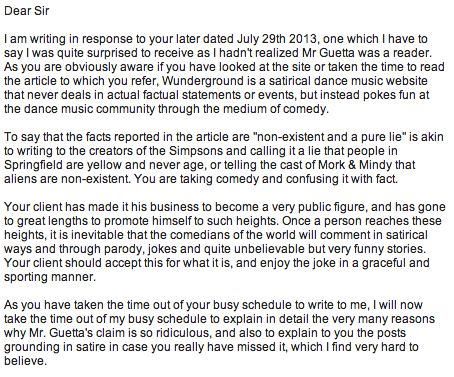 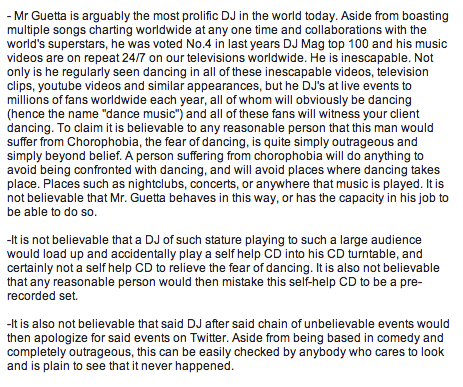 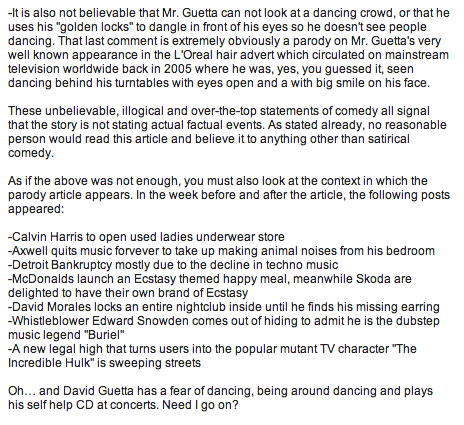 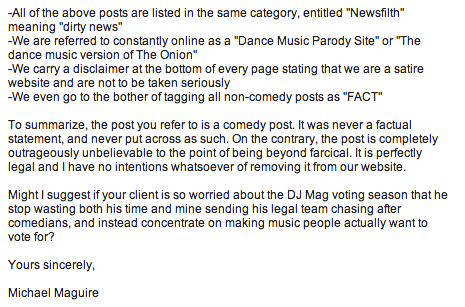 Admin / Writer for The EDM Network, and founder of Moombroton.com. Hit me up to talk Moombahton and music anytime @ShorneStevens