Just How Rich Are The Richest DJs?

by Brett Edgerly
in Editorials

It’s no secret that the biggest DJs in the EDM world have been raking in exorbitant, near ludicrous amounts of cash for their live performances. Clubs such as Hakkasan are reportedly settling out with hundreds of thousands of dollars for a single performance by one their world famous residents, including the likes of Deadmau5 and Calvin Harris. Not surprisingly these two residents also have a home in the Top-10 highest paid DJs ‘club’ along with other familiar names, such as Afrojack, Avicii, and Armin Van Buuren. While it’s no secret these DJs are rolling in the dough, it is tough to actually grasp the true scale of their wealth. So let’s take a look at a few of the hottest earners and see just how far their dollar could go.

Our first mogul, Calvin Harris sits atop the ‘rich list’, reportedly making a cool $46 million dollars in 2013. Combine that with a staggering net-worth of $35 million to get an idea of what sort of cash the Scottish super-producer has under his belt. Just to make things simple, let’s just use the $46 million salary, Harris brought in this year alone.

Dutch megastar Tiesto has been around for quite some time and still continues to bring in exorbitant amounts of money, reportedly making a more modest $32 million.

Coming in behind Tiesto, the man under the helmet, Deadmau5 ringing in at $21 million dollars. 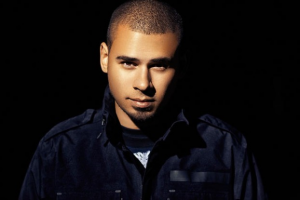 Rounding off our list, the infamous Afrojack who’s EDM-pop crossover year only brought in a paltry 18 Million…

Hopefully, these numbers have illustrated just how wildly rich the EDM boom has made a lucky handful of artists. It’s staggering at-least to me, to realize that with 1/200ths of his wealth, Afrojack could pay off my entire student loan balance ($100,000). As much as it sounds like a joke (and I seriously wish it was) 1/200th of my wealth is roughly fifty cents. In fact, most of these men make more money in one night than you or I will probably make in the next two years. Life is good at the top.

Skrillex Performs With Above & Beyond During Their Acoustic Set [Video]

Skrillex Performs With Above & Beyond During Their Acoustic Set [Video]