Krewella and Headhunterz Unite Against Bullying in Latest Music Video

by Your EDM Staff
in Bass Music, Music Video

The music video for the epic collaboration from Krewella and Headhunterz, “United Kids Of The World,” is finally here and it’s everything I could’ve hoped for and so much more! Over the past several months, Krewella has made a point of releasing music videos that have actual substance and a powerful message to them. In “Live For The Night” they encouraged us to unplug from the various electronic devices that constantly distract us and actually live in the moment and in “Legacy” they showed us that people can be empowered by their unfortunate situations in life rather than being consumed by them; the video for “United Kids Of The World” is just as powerful and moving as their previous ones, if not more.

For such an energetic and uplifting track, the video starts off on a more somber and serious note with Jahan and Yasmine reading some of the awful things people tweet about them like they’re on an segment of “Mean Tweets” on Jimmy Kimmel Live except it’s not funny at all: “Why don’t you perform in Pakistan? Oh right, you will get beheaded or stoned.” “Krewella is not only bad for our youth, but talentless as well.” “Did one of you girls lick the balls of the man behind your success?” “[Jahan] is a slut, she’s probably had 100 dicks in her mouth.” I thought that this was an incredibly powerful way to preface the video because it shows us that literally no one is safe from bullying even when we’re adults; it’s something we all struggle with no matter how successful, attractive, or smart we are, especially considering the anonymous nature of the internet.

The video follows some kids around as they’re bullied for being overweight, gay, or foreign. After seeing all this senseless suffering, Krewella and Headhunterz invite all of the troubled kids to an abandoned lot where they can truly be themselves and rage the pain away and isn’t that exactly what EDM is all about in the first place? The rave scene is a safe haven for those who don’t belong, a place where we’re all free from being judged by others and everyone is your best friend even if you literally just met them. I cannot commend Krewella and Headhunterz enough for doing whatever they can to use their fame to spread love and positivity not just in the EDM scene, but throughout the world; this truly awe-inspring music video serves as the perfect compliment to an amazing track that has already taken the world by storm and is showing no sign of slowing down. 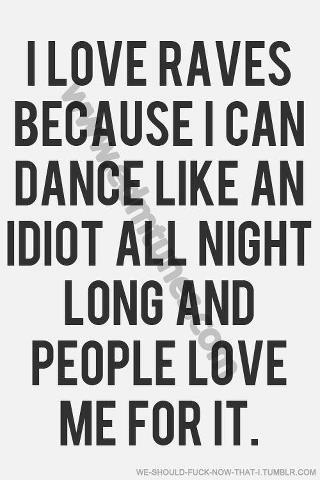