by Your EDM Staff
in Bass Music, Dubstep, Live

Old school dub fans rejoice! LA’s Protohype took a risk while playing at Beta Night Club in late December when he dropped  his latest downtempo dub track “Downfall,” but this gamble was well worth it. The track shows an exciting evolution in Protohype’s production style. It appears as though spending most of 2013 with Firepower cohort Datsik on the Most Wanted Tour, and working with 12th Planet on the Smog City compilation series, rubbed off on the 22 year old producer in a nostalgic dub kind of way. This one is stripped down, super clean, and exudes swagger for days.

When attending a Protohype show, most  spectators expect heavy screeching mid bass, energy infused hip-hop style beats, and some of the tightest productions around, but this is a welcomed switch up in his sets. If the track sounds empty to you, it is because it is completely driven by sub bass. In order to hear everything that’s going on, you will need to listen to “Downfall” on head phones, not iPod ear buds, but legit headphones. You can also use a speaker system that has a dedicated sub woofer. If the track still sounds empty to you, you have no soul, move along.

Check out the live rip below and look for Protohype on the Smog City Tour this winter. 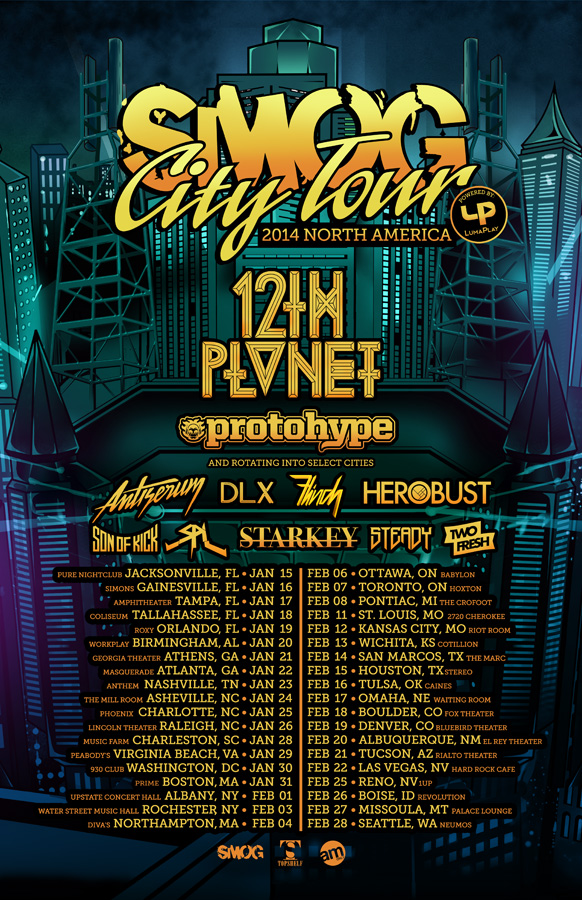 Dillon Francis “Without You [Chordashian Remix]

Dillon Francis "Without You [Chordashian Remix]