Looks like Candyland will keep their momentum going from an insane 2013. To kick off this new year, Candyland has their Marquee residency in Las Vegas that begins January 24th. Because of this, a contest is being held where you can win two tickets to their commencement show.

The next order of business has to do with performances as well; being the fact that the duo announced the 25-stop Killer Fro Tour with Kill Paris that will run from the end of next month until April. Two dates have yet to be announced. On top of all this, Candyland still has more, so continue with me after the tour poster. 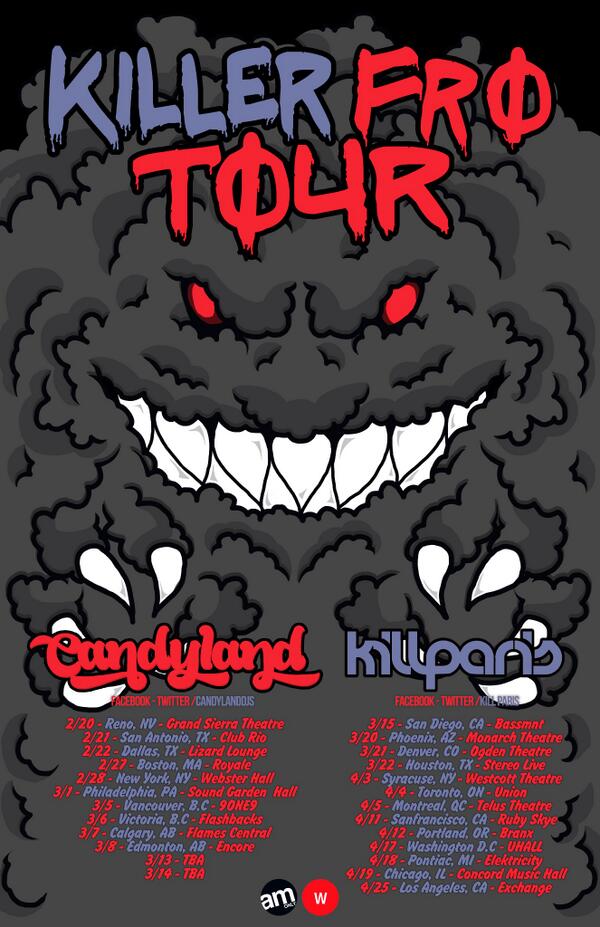 Yesterday, Candyland released a remix of “Russian Lullaby” by Butch Clancy. It is definitely interesting; the trap to dubstep transition is not expected but it serves as a nice surprise. I just love the main synth sample because it almost feels like it is pulling on you and making you move to the music. This free download is a part of a 6 day series that is happening this week! So get ready for more.