UPDATE: Carnage Gets Arrested In Florida

Late last night, Carnage was arrested at his show in Florida after refusing to get off the decks for 45 mins after the venue’s 2 am curfew, despite being asked several times by local police to stop his set.

Unfortunately @djcarnage got arrested tonight for over playing his set 45 minutes but he shut that shit down and he left with a smile.

This is not the first time Committee Events has had issues with their shows (e.g., riot squad called in to end Dada Life show early and Porter Robinson’s issues with security) and it certainly doesn’t seem like it will be the last. Of course these unfortunate situations were not entirely the promoter’s fault, but if things like this keep continuing to happen it’s going to be hard to deny all the connections. Until then let’s just pray that there’s a Chipotle within a 5-mile radius of whatever jail Carnage is spending the night in right now. He’s probably having a miserable time going through withdrawal so there’s no doubt he’ll be craving it when he gets out in the morning and no one likes Carnage when he’s hungry.

UPDATE: Carnage tweets out about his experience 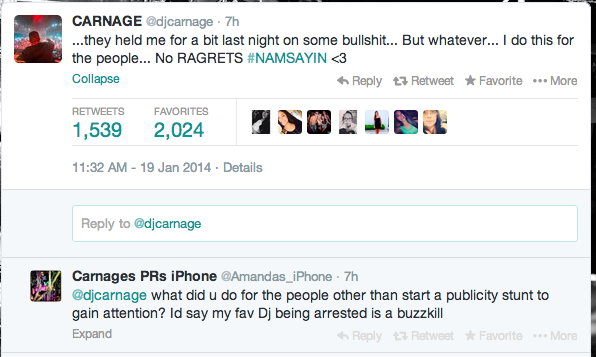 CHIPOTLE GANG OR GET LOCKED UP (PS. i didn’t get arrested….lol @ the internet) #ASOC http://t.co/a9YLzLzhzc 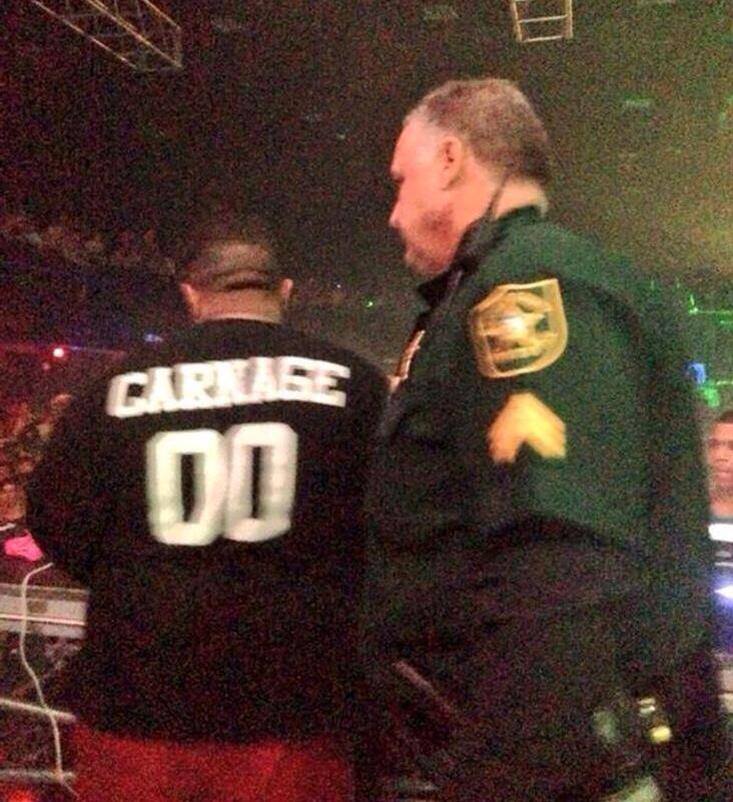