by Ryan Railsback
in EDM News

Apparently, there are at least a few rules besides those of the Dada because the Miami police department shut down Dada Land last night in full riot gear. Tritonal was finishing up their set when the fire marshall decided it was time to lock the gates due to the craziness. Henry Fong was also supposed to play the sold out event but the concert was shut down before him and Dada Life got to play. Everyone will be getting a refund as well as the show being rescheduled, and make sure to check back with updates on what actually happened!

Things got wild in Dada Land!! Miami police shut down the Compound as our set was ending, @dadalife fans are unreal!!

Miami police can eat a dick

Apparently fire marshall locked the gates since it’s pretty much chaos here in Dada Land. We have to let him know the rules of Dada!

Riot squad is here in Dada Land… They’re shutting us down. It’s out of our hands! So sad we can’t play. We know you were born to rage!

We’re talking to the promoters today to find out exactly what happened at #dadaland Miami. More info straight to you as soon as we get it

Getting more details on what happened but 2 things will happen: 1) EVERYONE will be getting a refund. 2) we’ll be doing a make up show 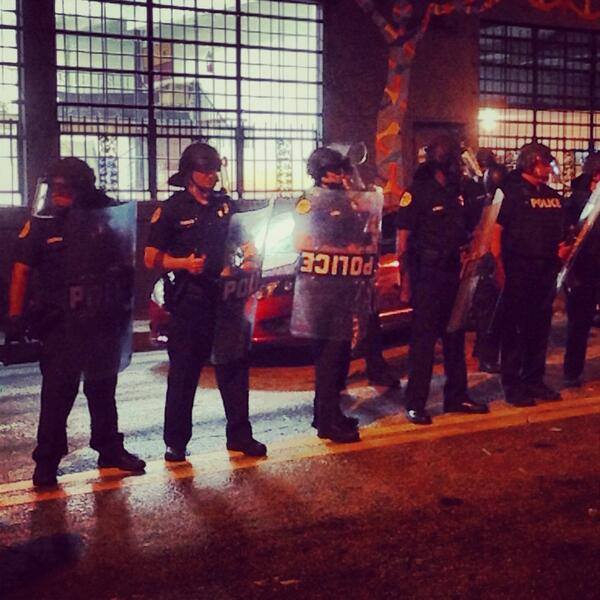 UPDATE: Due to various sources, the reason for the riot was that the promoters vastly oversold the event.

Hey everyone, I reside in the 303 and love all types of music, mainly EDM and ESPECIALLY Moombahton. If you want me to check out some tunes or just chat, you can find me Follow @RyanRailsback or [email protected]!