Watch out bassheads, because too much bass can in fact cause some damage. Not only to your ears, but apparently whatever venue you find yourself at. Just was the case with Datsik and Must DIE‘s show in Chicago; the epic bass blew the roof off the place, but instead of heading outward the concrete was seemingly attracted to the low frequencies and it came crashing down. Unfortunately there have been at least four injuries that have been confirmed says NBC. Three of those individuals are okay, however one was in serious/critical condition. Below you can find a picture of the incident that Must DIE! posted to his Facebook. 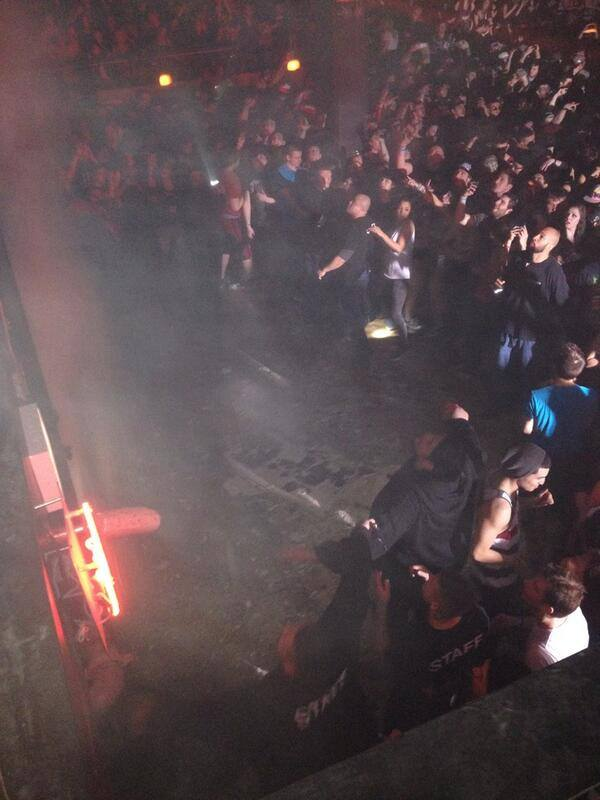 THE BASS WAS SO INTENSE THAT THE ROOF LITERALLY COLLAPSED

UPDATE: Here is a video from NBC of the actual collapse.