Shifting The Spotlight to Females in EDM: Chiara Benelli

by Diane Tamulavage
in Editorials, Interview

While perusing the 2013 list of DJ Mag’s Top 100 DJs, you may have noticed something: there were only 3 female-led acts, none of which were featured in the top 10. Or perhaps you didn’t even notice this stunning fact at all until it was pointed out to you. The implications of this number are loud and clear: the DJ realm is still very much male-dominated.

However, that is not to say that there aren’t many talented female DJs out there. In fact, although there are statistically fewer female DJs than men, there are more women entering the field now compared to the past few decades.

In order to highlight some of these talented women in the industry, we here at Your EDM would like to present the interview series: Shifting the Spotlight; with the first spotlight on Chiara Benelli from the DJ duo Pelussje.

In 2004, Chiara joined with James Nayler in order to form their duo Pelussje and have since displayed their talent all over the world by playing throughout Europe, the USA, South Africa, Mexico, South Korea, Taiwan, and Brazil. These electro producers, hailing from Italy, have had releases on major labels such as Ultra, Universal, EMI Music, Freakz Me Out, OMGITM, Boxon Records and Off Limits, and have been supported by big names such as Skrillex, Bloody Beetroots, Steve Aoki, Benny Benassi, Congorock, and Joachim Garraud.

Without further ado, check out our interview with the talented Chiara Benelli below, and while you’re reading it, be sure to listen to Pelussje’s Soundcloud:

l come from an “artistic” family, my grandpa is a painter and my uncle one of the biggest baroque violinists in Italy, so art and music have always been a big part of my life. I started singing at school, no formal training. Every year since I was 6 I couldn’t wait for the Christmas recital to sing on a proper stage in front of a proper crowd…I think my mom still owns a VHS of me (16 years old) singing “I Will Survive” by Gloria Gaynor dressed in a shiny zebra-striped dress…

I remember that the very first record I loved (and still love!) is “INNUENDO” by Queen, I was 5 years old and I used to listen it for HOURS in my room. My independent adventure in music started from here, in the following years I listened to TONS of different genres, from KORN to Beatles, from Minor Threat to Etta James, and also Elliott Smith, Chopin, Karate, Giorgio Moroder, Tool, Mogwai, The Smiths, Aphex Twin, Wagner, Sigur Ros… I could keep on listing for ever!

I and James (the other half Pelussje) have been together since 2001, at the very beginning we started making music just for fun while we were studying at the university.  We had a Post Rock band where I played the Synth and James the guitar (both DIY training)…something REEEEALLY hipster thinking about that now!  In the meantime (around 2004) we also started making music as a duo, experimenting on electro-pop arrangements and starting to approach the whole electro world. James started DJing alone but I was really curious (and the Diva inside me too!), so we tried DJing together and….BOOM! Magic happened! We immediately found the perfect chemistry between us behind the DJ booth.

“Pelussje Fear Satan“, no doubt. It’s really linked to our musical background, as it’s a tribute to the post rock band Mogwai and their song “Mogwai Fear Satan”, as you can hear from the melancholic and obscure mood. That’s totally my favorite one, always loved the INTENSITY of music, the way it vibrates in the middle of your chest, and that’s what happened to me when I wrote the melody of PFS.

I don’t have a specific role model now, but I’m truly inspired by all self-made people, doesn’t matter in what branch or if they’re famous or not, the attitude is what surprises me. My role model growing up was definitely my mother, she’ve always been a sort of super hero in my eyes.  She taught me that working hard I could have achieved whatever I wanted, how to spread my wings and fly, no fear, no looking back. 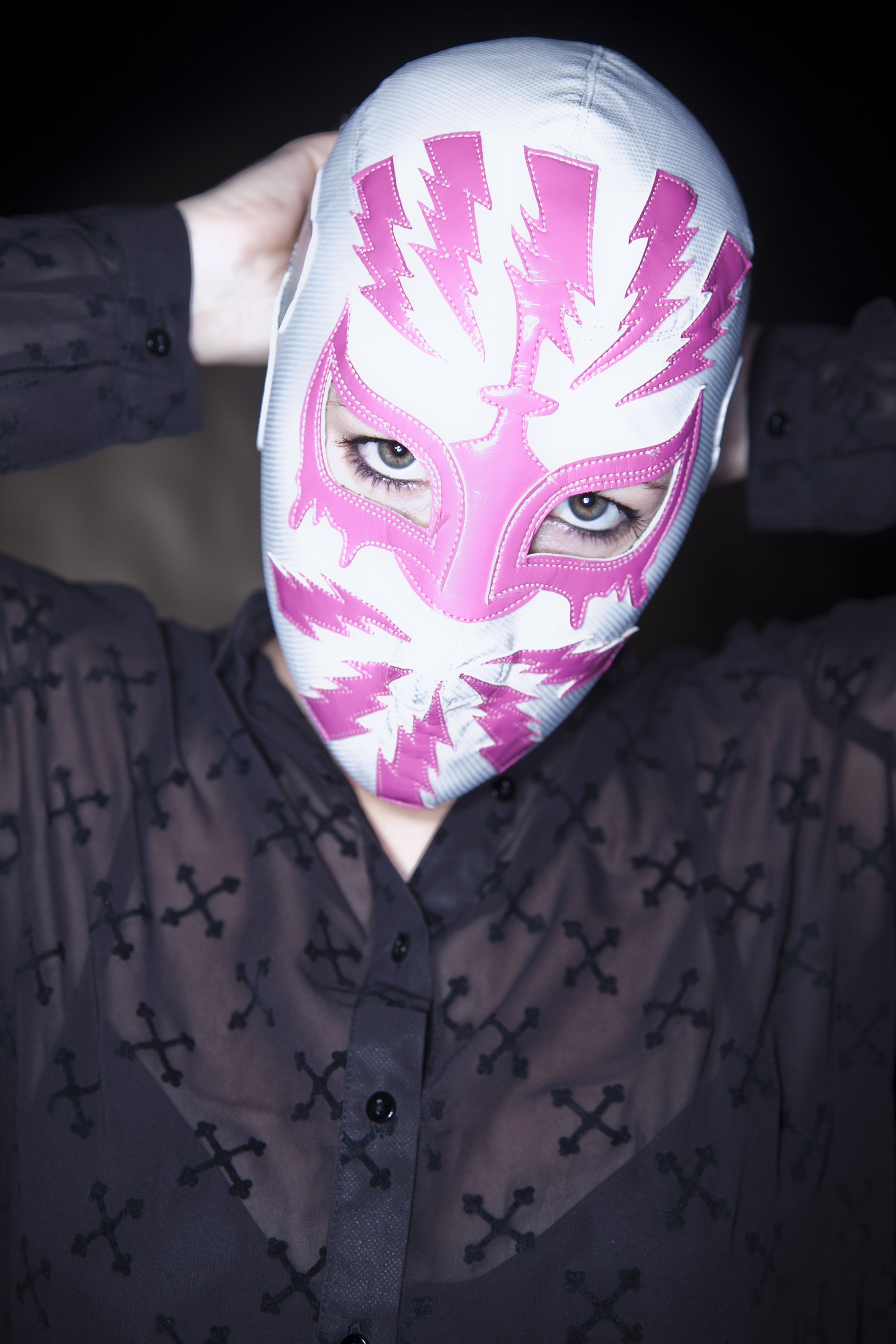 Who is your inspiration/role model in EDM? Why?

My inspiration in EDM is definitely Sonny Moore (Skrillex). We knew him 4 years ago when we performed at the same event in Venezia, then we saw each other several times in the next years and became friends. He’s a brilliant producer but first of all a great person, he never lost his simplicity or acted like a “diva”, even if that would have been totally normal! Last year, while touring the US, we’ve been invited at his house with a bunch of his friends, so I cooked lasagna for all the crew…it was super cool as he’s surrounded by great friends. This “family” they created is something really impressive.

Well, we already got the incredible occasion of remixing Loleatta Holloway’s “Ride On Time” for ULTRA Music, she was a Queen of Soul/Funk music and using her incredible voice was a great honor. But if I can choose one more, then I definitely pick up Johnny Cash. He owns a piece of my heart.

Learning the “I CAN DO IT” lesson, never giving up.

Don’t sell yourself like a piece of meat, you can be a good DJ even if you don’t look like a stripper.

Be patient and work hard to be the best, rehearse a lot and be humble, ALWAYS.

I think that in the past 4/5 years something important changed in Music. It’s evolving as it always evolved during centuries, but now it’s just happening faster. Technology is a big part of the game now, in the past decades most of the records were made of ‘real’ instruments…now most of them is made of electronic instruments, so I think what’s happening is completely NATURAL.

At present we have way more gear to experiment with, which means more ways to make good music. Don’t know about EDM, but I think that the ‘electronic’ aspect of music is here to stay.

If you could collab with any historical musical figure, who would it be? Why?

Mozart.  He’s an undisputed genius, dead too young, so working shoulder to shoulder with him could be definitely interesting…at least for me!

When you’re preparing to perform, do you need to psych up or calm down? How do you do it?

Before performing I’m always super excited but also a bit scared, so I always have to take a minute to calm down just before the show, and I do it putting on my mask. As you can see from the pictures my mask doesn’t have any mouth-hole or nose-hole, so being forced to breathe inside that little space your own carbon dioxide it’s incredibly calming!

Maybe it’s also because it’s something ritual, when you put on a mask to perform on a stage…you become another person, you’re not yourself anymore, you ARE your mask, everything else disappears and you can totally focus on what you’re about to do. 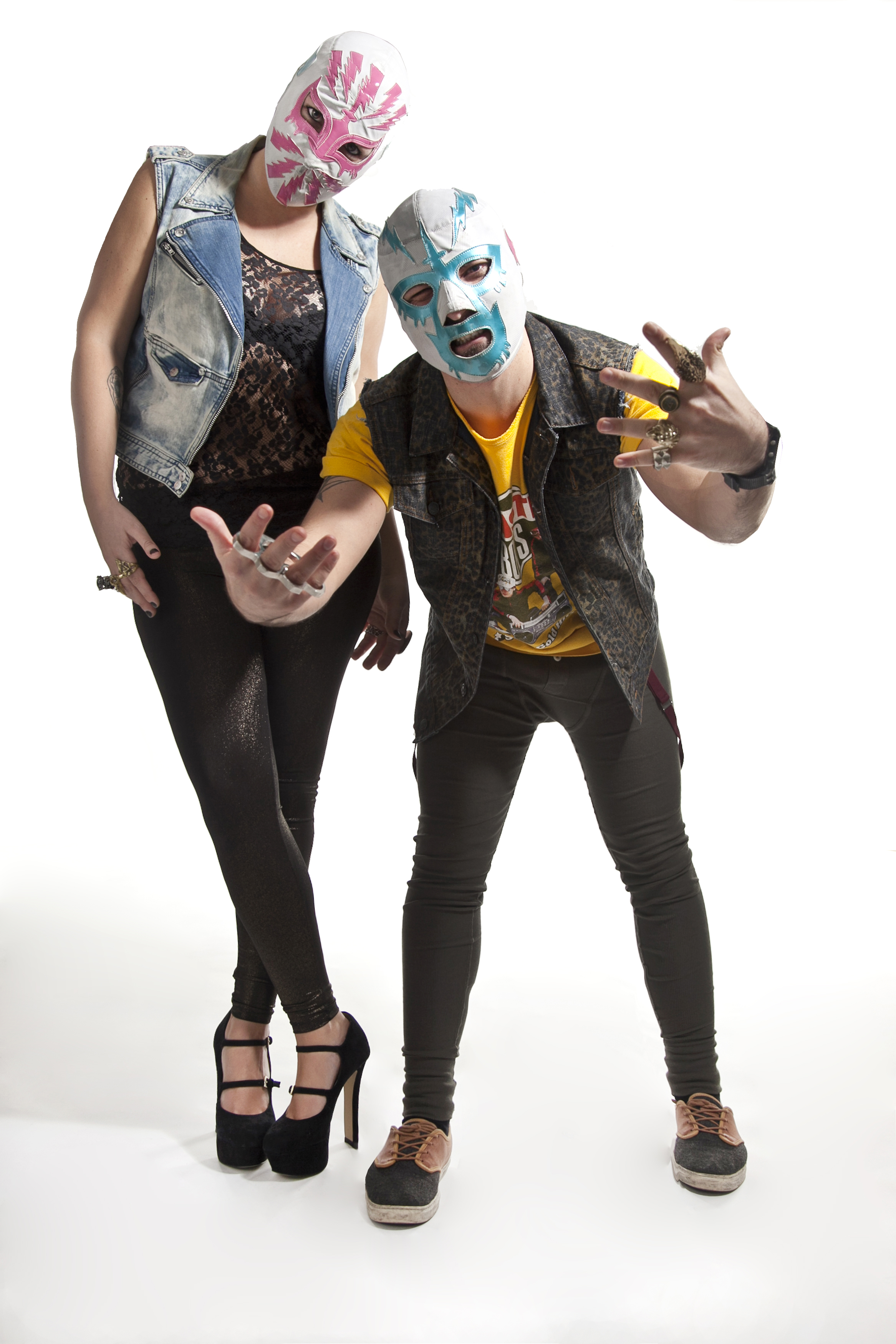 I think I’m kind of a weirdo among female DJs ’cause I’ve always performed together with my man. From my experience

I don’t think I’ve never felt less welcomed because I’m a girl, in reverse I always felt a lot of curiosity towards me…’cause

you know, DJing is something more for ‘men’ (speaking about ‘numbers’) and a good female DJ is something you don’t see often.  But of course I had to work a lot to be able to do what I do, and I think it’s because us girls are genetically less GEEK than boys…at least some of us!

Have you ever encountered situations that you felt threatened as a female while DJing? How did you handle that situation?

Well, unfortunately yes…4 years ago we were about to perform in a famous venue in Milan (Italy), after mixing a couple of songs a big guy tapped my shoulder, yelling that “he had to play instead of us!”. Nobody knew who the fuck was this dude, so I simply ignored him. The douche-bad tapped my shoulder again, less gently this time, so I expelled his hand and told him to let me do my job. So he decided to slap my face breaking my headphones… At that point I just remember James rushing on him and punching his face in something like 2 micro-seconds. The fight involved a lot of our friends (and of course many of the douche-bag’s friends), but everything was super quick! 30 seconds and the venue bodyguards suppressed everything. The days after we discovered that the dickhead was an albanian guy, friend of one of the bodyguards…so for THIS reason he thought he had the right to demand our set time… (facepalm)

Do you ever plan on settling down and starting a family? With the grueling lifestyle of a DJ, how would you make this work?

No, I never planned on settling down…that’s weird to say ’cause I’m a woman, so I should have a natural maternal instinct,  but (I’m sorry) I hate kids…and I’m totally an incompetent relating with them! Plus, having a family now would mean a huge BYE BYE to my/our career as we’re a couple and always travel & perform together. So…maybe sooner or later we’ll think about taking a cat. or two.

Uuuuhh, definitely sunning in Cabo, with TONS of books to read! My idea of Paradise.

I love beer, most of all Ale beers, but my greatest addiction is tea.

No idea what’s Skippy, but I don’t like Nutella…way too sweet! THIS is the best, the NOCCIOLATA: http://cdn.guadagnorisparmiando.com/wp-content/uploads/2010/08/Nocciolata.jpg

And to wrap it up, here’s a hilarious new video for Pelussje‘s remix of “Love is You” (now out on Ultra), featuring sock puppets: