If you’re like me, then you’ve never been to Shambhala but suffer from an absolute crippling case of FOMO. The line up is finally out for the now five day festival in British Columbia, Canada and it’s pretty much the perfect festival for anyone who likes heavy hitters.

Most prevalent right away are heavyweights Bassnectar and Andy C, who have both been to the festival before. Joining them will be Moby, The M Machine, Kill Paris, and more. Of course, Excision will be playing there for the fifth year in a row and will likely be releasing his Shambhala set again around October (hopefully with another new album).

Check out the first line up blast below, and wait for the full line up release on April 8th! 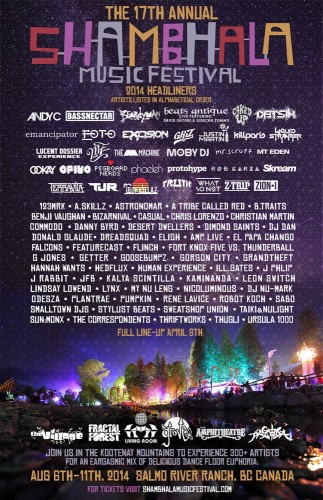