Deadmau5 Gets Hacked By Anonymous? TANGO DOWN

It appears that Deadmau5 has gotten hacked. No, we’re not joking or kidding, this is no April Fools (Yes we are kidding but we didn’t feel like we needed to make that abundantly clear. Where’s the fun in ruining a well planned joke). It appears that deadmau5’s twitter account, administrator account on his live.deadmau5.com website and possibly more got accessed and broken into by Anonymous. Now not much more information has been revealed other than that his twitter account profile picture was changed to the ominous Anonymous pirate logo and that he was forced to shut down the live chat feature of the live.deadmau5.com site. With Skrillex experiencing similar hacking troubles with his website in July, it seems EDM’s second target has been hit. Here are a few screenshots of his twitter account and live.deadmau5.com chat room.

Here’s a screenshot of the live.deadmau5.com chat room: 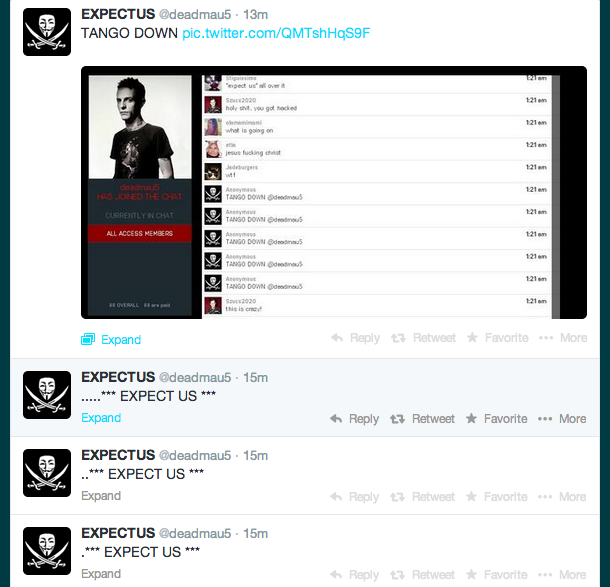 Here’s another screenshot from what appears to be a panicked deadmau5: 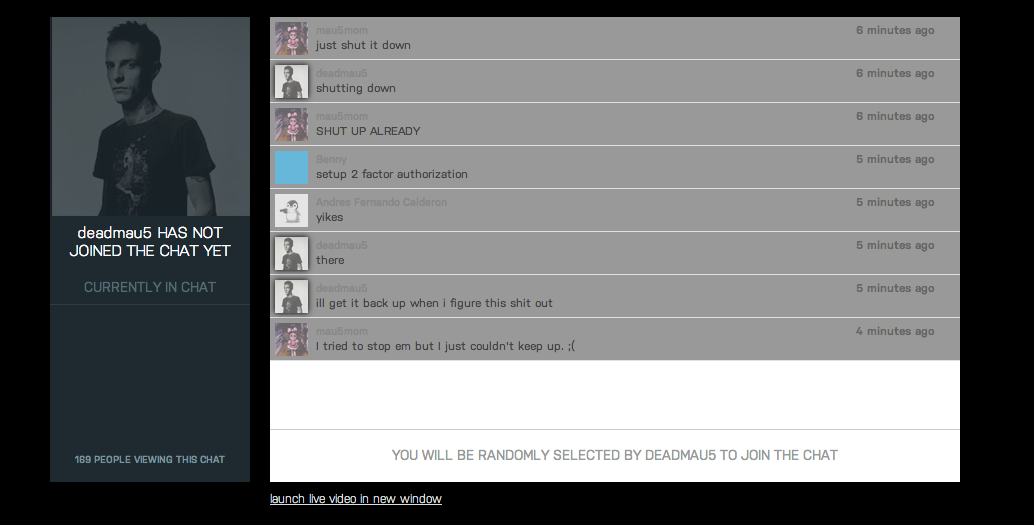 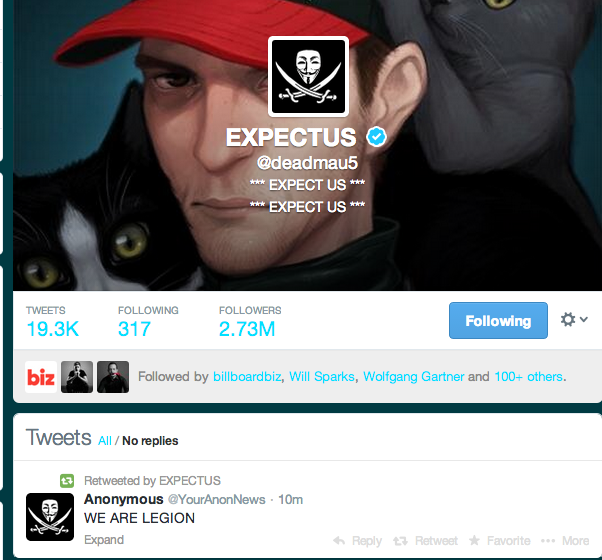 Update: Now it appears that his Facebook has also been taken over…take a look: 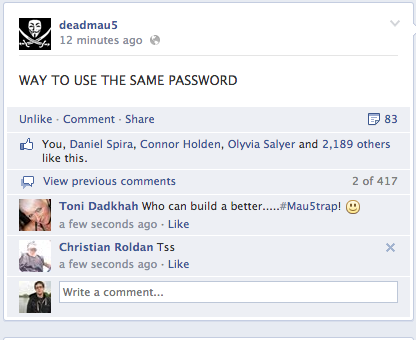 And there you have it folks deadmau5’s latest tweet. All is well: 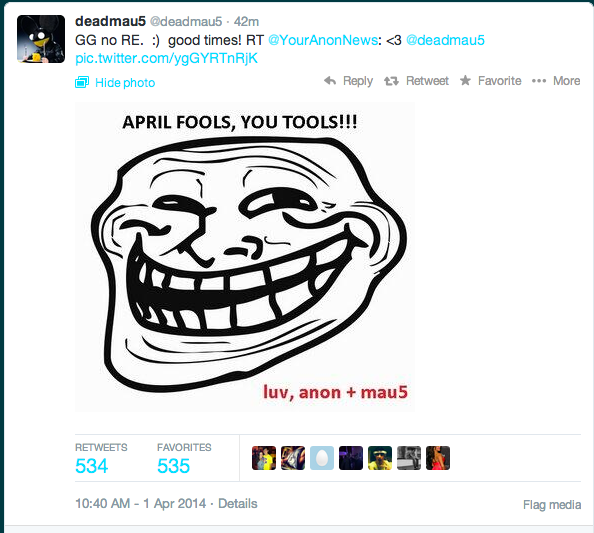 BIGGER NOTE: And in case you guys were still wondering (*cough* Rukes) whether we knew this was a troll or not, well here’s our answer: