After holding off for as long as possible, SoundCloud is now apparently sitting down with major labels to discuss the ongoing threat of copied, unlicensed material on the site. It’s long been known that tracks can be pulled off of the site and resubmitted as someone’s own – and these types of misconducts are generally found, reported, and sorted out. But the mass amount of data on SoundCloud is often hard to police. 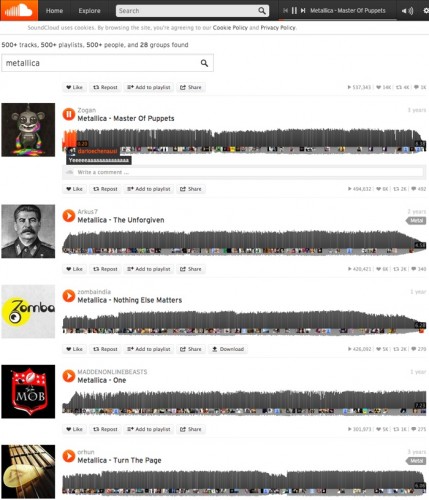 A confidential source speaking with Digital Music News said, “Their [catalog] is all over SoundCloud, and it’s essentially too hard to police but that doesn’t mean they won’t start. If you look at what’s happening over at Google and YouTube, you have [groups like] the [British recording trade group] BPI flooding Google and YouTube with takedown notices.”

This is especially troublesome for DJs and producers, whose bread and butter are mixes/compilations. Under certain conditions, it might be possible for labels to take down entire mixes from SoundCloud simply because a certain sample is present in their mix (good God, worry about Madeon?).

Nothing is set in stone as of yet, but the implications could be far-reaching, and might have more of a detriment to the scene than we might initially think. Updates on this as they come.