Watch The Trailer For “Under The Electric Sky”

With EDCLV 2014 only a little more than a month away, fans are beginning to get really antsy for some headliner information. Fortunately, Insomniac-founder Pasquale Rotella quashed some concerns announcing in a public statement the lineup will be announced May 27th.

In the meantime however, fans can look forward to the worldwide premier of the EDC documentary, Under The Electric Sky. “The documentary follows six groups of ‘headliners’ as they make the journey to the Las Vegas Motor Speedway for EDC 2013, which welcomed over a staggering 350,000 people. Throughout the film, viewers will see the festival through their eyes as they take in performances from heavyweights like Avicii, Tiësto, Above & Beyond, Kaskade [who actually scored the documentary] and more, in addition to words of wisdom, as the DJs comment on the exploding dance phenomenon.”

The film actually premiered at Sundance last year, but the thirst is still very real. Take a look at the trailer below. 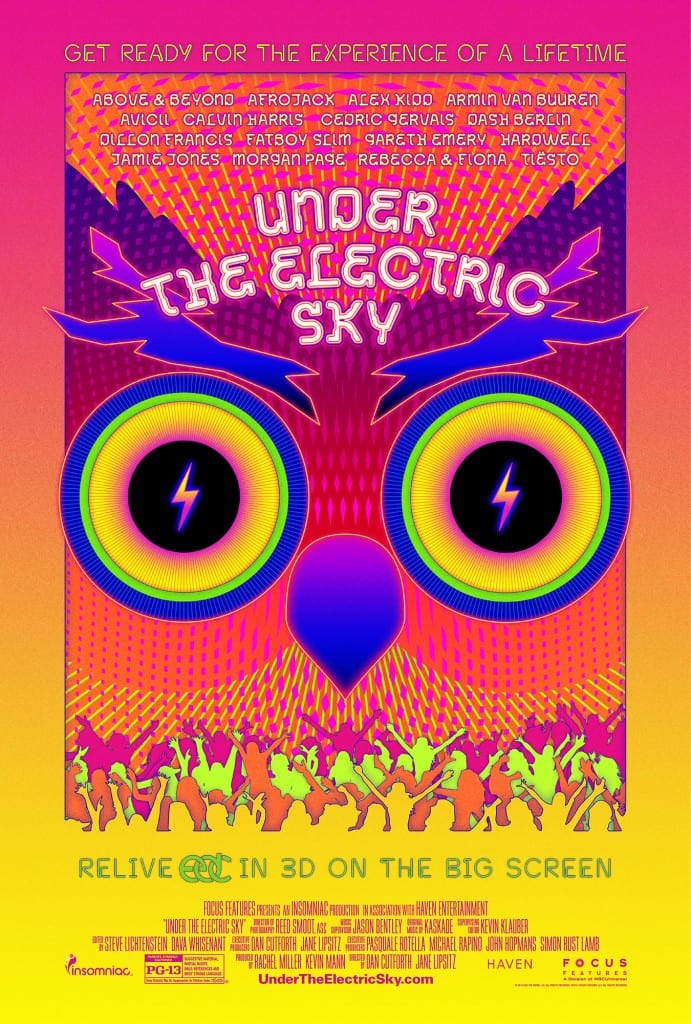 “how the fuck did i end up on this pile o shit?”; Deadmau5 Bashes Universal Over Compilation